The main causes involve drivers not respecting the right of way, not paying attention to their vehicle’s control and violating speed limits or driving under the influence of alcohol. 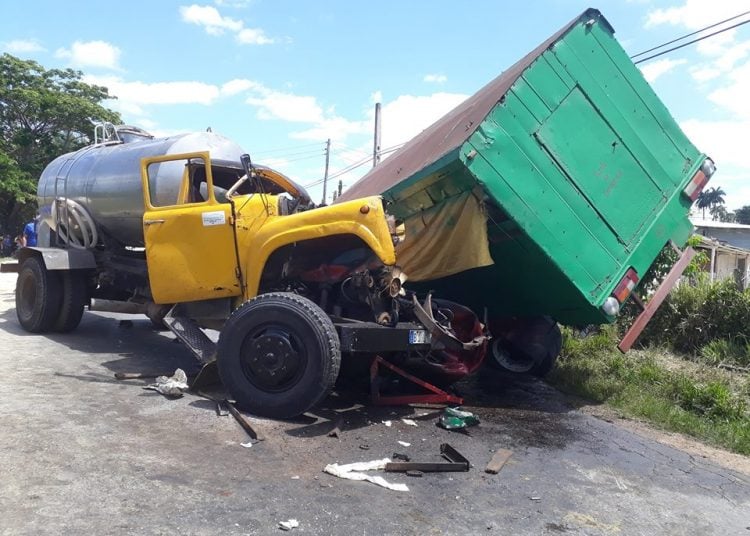 Between January and April 2019 Cuba registered an average of 29 traffic accidents per day, with 2 deaths and 21 wounded every 24 hours, according to a report by the National Road Safety and Traffic Commission released this Friday.

The island reported an increase in accidents with respect to the first quarter of 2018, among other causes because drivers do not respect the right of way, do not pay attention to their vehicle’s control and violate speed limits or drive under the influence of alcohol.

These causes originated 53% of the accidents, which in recent months have become an epidemic in many cases with fatal consequences, according to the assessments of the Cuban traffic authorities quoted on the official Cubadebate website.

Other factors having an influence were also recognized, such as low risk perception, high irresponsibility, recklessness and imprudence.

The report notes that there was a decrease in accidents with massive consequences, although it recognizes that these incidents continue to be reported every 52 minutes. 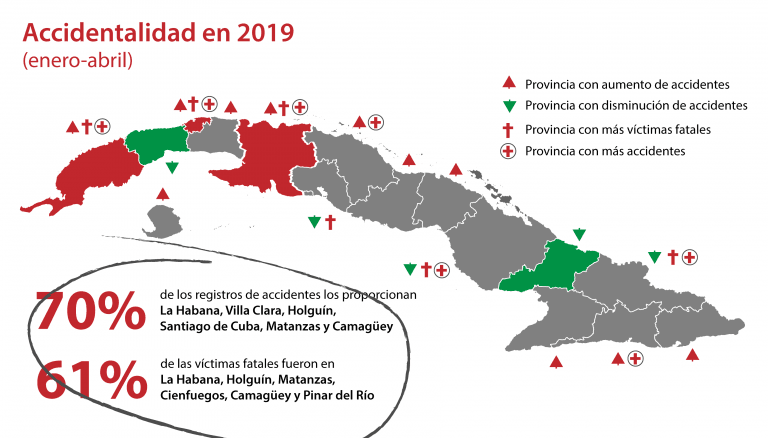 Province with increase in accidents

Province with decrease in accidents

Province with the most deaths

Province with the most accidents

70% of the accidents were reported in Havana, Villa Clara, Santiago de Cuba, Matanzas and Camagüey

61% of the deaths were in Havana, Holguín, Matanzas, Cienfuegos, Camagüey and Pinar del Río

The provinces where 70% of the accidents occurred were Havana, Villa Clara, Holguín, Santiago de Cuba, Matanzas and Camagüey.

In the case of deaths caused by accidents in urban roads and highways, 61% were registered in Havana, Holguín, Matanzas, Cienfuegos, Camagüey and Pinar del Río.

In recent weeks the massive traffic accidents generated a strong concern based on an incident that occurred on May 19 on Malecón Avenue in Havana, where an old car ―popularly known as “almendrones”― drove onto the sidewalk and caused five deaths and more than 20 wounded.

The investigation showed that the driver of the car ―a 1952 Mercury― was speeding under the effects of alcoholic beverages and the vehicle had a deficient brake system.

With a difference of just 24 hours and two days with respect to the incident on Havana’s Malecón, two others accidents were reported ―with three deaths each― in the provinces of Villa Clara and Holguín.

Moreover, according to the statistics, traffic accidents are the fifth cause of death on the island and the first in the age group between 15 and 29 years.

Cuba has a high rate of traffic accidents attributed also to the advanced age of the vehicles (most of those in circulation are more than 20 years old and many more than 60) and their scarce maintenance, which is often carried out by hand.