According to the MINSAP, the three deceased are from the provinces of Santiago de Cuba and Ciego de Ávila. The data of a 72-year-old man who had been diagnosed during the screenings stands out. 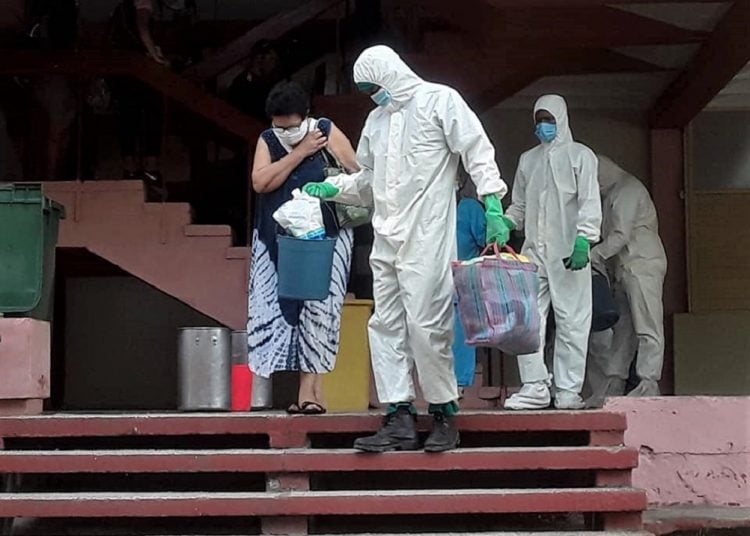 Patients are discharged from the center for confirmed cases located in the Guantánamo Medical Sciences Branch. Photo: facebook.com/PVenceremos/

After twelve days with figures above 300 daily infections, and after a peak of 650 patients with COVID-19 was reported yesterday, Cuba registered 292 positive cases and three deaths from the pandemic this Sunday.

According to the Ministry of Public Health (MINSAP) authorities, the deceased are from the provinces of Santiago de Cuba and Ciego de Ávila, and their evolution is described in today’s report; although the data of one of them stands out, a 72-year-old man who was diagnosed during the screenings.

Now, the fatality rate on the island stands at 0.94% and the death toll rises to 173. Of these, 27 have been reported so far in January, a period that in terms of new infections is about to double the number in December, the worst month in this aspect since the first cases were reported on the island.

Most of today’s 292 positive cases were autochthonous (274): 266 were due to contacts of confirmed cases, 18 had the source of infection abroad and in eight individuals the source of the contagion is not specified.

By provinces, the alarming figures come from the country’s easternmost region, because Guantánamo reported 103 people, all autochthonous cases and mostly contacts of confirmed cases. Therefore, its incidence rate rises to 137.2 per 100,000 inhabitants.

According to today’s data, that province is followed in complexity by Havana (80 cases) and Matanzas (43), despite the fact that 14 provinces reported SARS-CoV-2 virus cases.

Along with these already worrying data, the number of hospitalizations is about to reach 10,000 people. Until today, 9,640 patients were in hospitals or care centers, of which 4,439 were confirmed as active cases.

In addition, the less optimistic figure of 46 patients in intensive care was registered: 11 were in critical condition and 35 in serious condition.

For this result, the MINSAP reported that 11,387 samples were processed during a day in which 254 people were discharged, for a total of 13,797 recovered patients on the island.