Most of the new patients were detected in Havana (54), which is confirmed as the epicenter of the outbreak of COVID-19 on the Island. 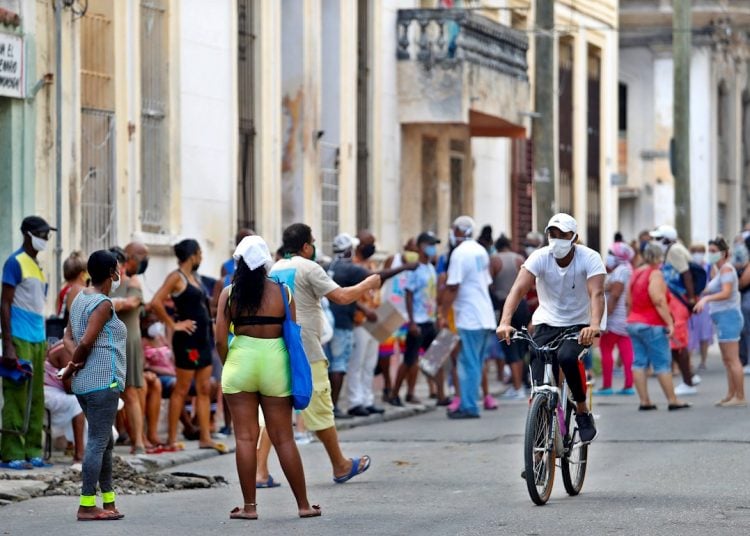 People wait their turn to buy at a market in Havana after the return of the city to the epidemic phase due to COVID-19. Photo: Yander Zamora / EFE

Cuba reported 63 new coronavirus infections at the end of this Friday, on a day in which there were no deaths from the disease and 21 people were discharged from the hospitals. Thus, the total number of infected rose to 3,292 and active cases on the island rose to 634, the highest number in recent months.

Most of the new patients were detected in Havana (54), which is confirmed as the epicenter of the COVID-19 outbreak in Cuba, while Villa Clara reported four infected, and Artemisa, two.

The remaining three were imported cases; travelers from abroad who were isolated in the country’s capital and who reside in the provinces of Cienfuegos, Ciego de Ávila and Camagüey.

Among the new cases, 60 are Cubans and three are foreigners residing on the Island, from them, the men (41) almost doubled the number of infected women (22). A total of 40 were detected asymptomatic.

Most of those infected cases were contacts of previously confirmed cases (52). The source of infection could not be specified for five people, and three were infected outside of the Island.

By age, the group between 20 and 39 years old was the most affected with 27 patients, while eight under 20 years old were detected as positive, the same number of cases for those over 60, and 20 people were between 40 and 59 years old.

Due to COVID-19, 1,544 patients remain admitted. 634 of them are confirmed to have the disease. 630 of those have a stable clinical condition, while three are in critical condition and one in serious condition.

By not reporting deaths in the last day, the number of victims of the coronavirus on the Island remains at 88, while those recovered are already 2,568, counting the 21 discharges given this Friday.