At 6:00 a.m. (local time), the central region of Elsa was estimated at 24.3 degrees North latitude and 82.5 degrees West longitude, a position that placed it about 125 kilometers north of Havana and 75 kilometers to the west-southwest of Key West. 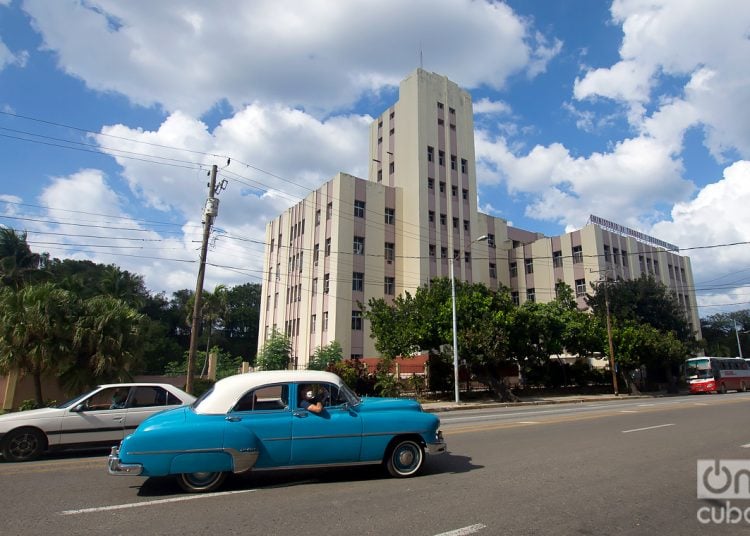 After keeping all of Cuba on guard, and adding to the already complex situation caused by the outbreak of SARS-CoV-2 a series of measures to save human lives and to protect the main and scarce economic resources, Tropical Storm Elsa left the national territory last night and is moving away through the Straits of Florida.

Its speed was about 19 kilometers per hour and its cloudy areas, with showers and heavy rains, continued to affect Matanzas, Mayabeque and the special municipality of Isla de la Juventud, according to the report issued by the Forecast Center of the Cuban Institute of Meteorology (INSMET) at 7:00 a.m. (local time).

But, given its trajectory and consequences, which do not represent a danger to the island, the Civil Defense General Staff decreed a return to normality as of 8:00 a.m. (local time) to the western provinces that since yesterday were in the Cyclonic Alarm and Alert phase.

Floods were reported in low-lying areas of territories such as Ciénaga de Zapata, the point through which the tropical storm penetrated Cuba yesterday, being the first meteorological phenomenon affecting the national territory this year, the fifth storm that, in addition, was the first hurricane of the season in the Atlantic.

In addition to the reports of floods in the Ciénaga de Zapata, it was known from Matanzas that the Yumurí River had dawned overflowing due to high tide. Situations like these also force residents of low-lying areas, whose homes are beginning to feel the effect of the waters, to be evacuated.

At the time of issuing the last report, the central region of Elsa was estimated at 24.3 degrees North latitude and 82.5 degrees West longitude, a position that placed it about 125 kilometers north of Havana and 75 kilometers west-southwest of Key West. The maximum sustained winds were 95 kilometers per hour, with higher gusts, while the central pressure had barely varied at 1007 hPa.

Specialists warn that it will continue its gradual strengthening over the Straits of Florida and the Gulf of Mexico, although for Cuba the strength of the winds will gradually decrease, while the storm clouds and rains associated with the feeding bands of this meteorological phenomenon will continue affecting the provinces from Pinar del Río to Cienfuegos and Villa Clara, including the special municipality of Isla de la Juventud.

Havana, which yesterday had entered the Alarm phase, has just experienced light and occasional drizzles.

The NHC has issued, among other warnings, a hurricane watch for an area of ​​the Florida coast, between Egmont Key and Steinhatchee River, in the north of the state, the area where the impact could occur on land.