The incidence rate of the disease on the island in the last two weeks is 381 cases per 100,000 inhabitants. In the province of Matanzas, which has become the current epicenter in the country, it is 1,316, a figure higher than that of Madrid in its worst moments of the pandemic. 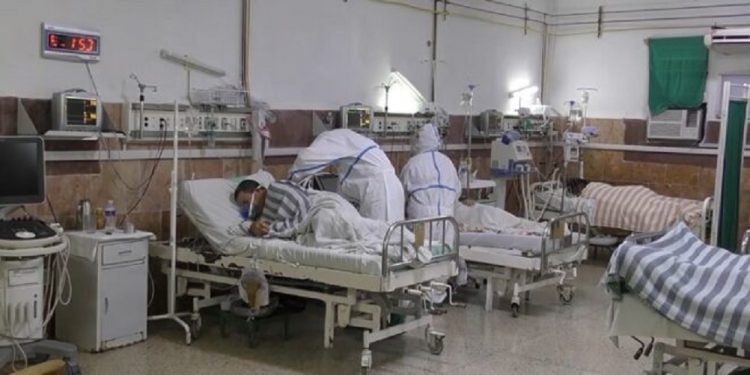 The Cuban province of Matanzas is going through the worst hospital situation, stressed by the daily increase in COVID-19 cases. Photo: tvyumuri.cu

Cuba is suffering its worst outbreak of COVID-19, with an almost daily record of infections and on the verge of health collapse in the province of Matanzas, where patients accumulate in hospital corridors and medicines are lacking.

The COVID-19 incidence rate in Cuba in the last two weeks is 381 cases per 100,000 inhabitants. In the province of Matanzas, located east of Havana, it is 1,316, a figure higher than that of Madrid in its worst moments of the pandemic.

“We have put beds in the corridors,” a doctor from the hospital in the city of Cárdenas declared on the provincial channel TV Yumurí, who laments the lack of oxygen and blood gases to attend to an avalanche of patients with respiratory difficulties.

From Cárdenas, one of the most affected cities, images arrive of patients crammed into hospitals, some of them lying on benches in waiting rooms, on the floor of the corridors or in the middle of the street in front of the entrance, where they are treated as best an overwhelmed medical staff can.

“This is really scary,” a young woman from Matanzas said to EFE, reflecting the widespread fear in this province, where Internet users today share the following message on their social networks: “S.O.S. Help Matanzas! We need medicines. We need medical attention. Our doctors need help. #SalvenaMatanzas.”

Students and the Henry Reeve Brigade

Faced with this alarming situation, the government has taken drastic measures, such as sending a group of 36 military doctors and nurses to Cárdenas, and licensing in advance 373 last-year medical students in the province, who will be added to the care of the sick.

In addition, a contingent of 200 medical personnel from the Henry Reeve International Brigade, until now exclusively for operations abroad, has been sent to Matanzas.

Doctors mobilized en masse to the affected areas will work in a difficult situation, not only because of the overcrowding of patients but also because of another problem that Cuba has suffered for months: the shortage of medicines.

Getting a simple painkiller or an antibiotic is an odyssey in the Caribbean country, whose pharmacies and hospitals are practically empty in the midst of a strong economic crisis aggravated by the pandemic, the U.S. embargo and continuous domestic measures of questioned efficiency.

“Vaccination is not enough”

It is paradoxical that Cuba is suffering its worst health crisis due to COVID-19 precisely at the height of the vaccination campaign.

Almost three of its 11.2 million inhabitants have received at least one of the three doses of Soberana 02 or Abdala, the two locally manufactured vaccine candidates that have shown high efficacy pending their final approval. 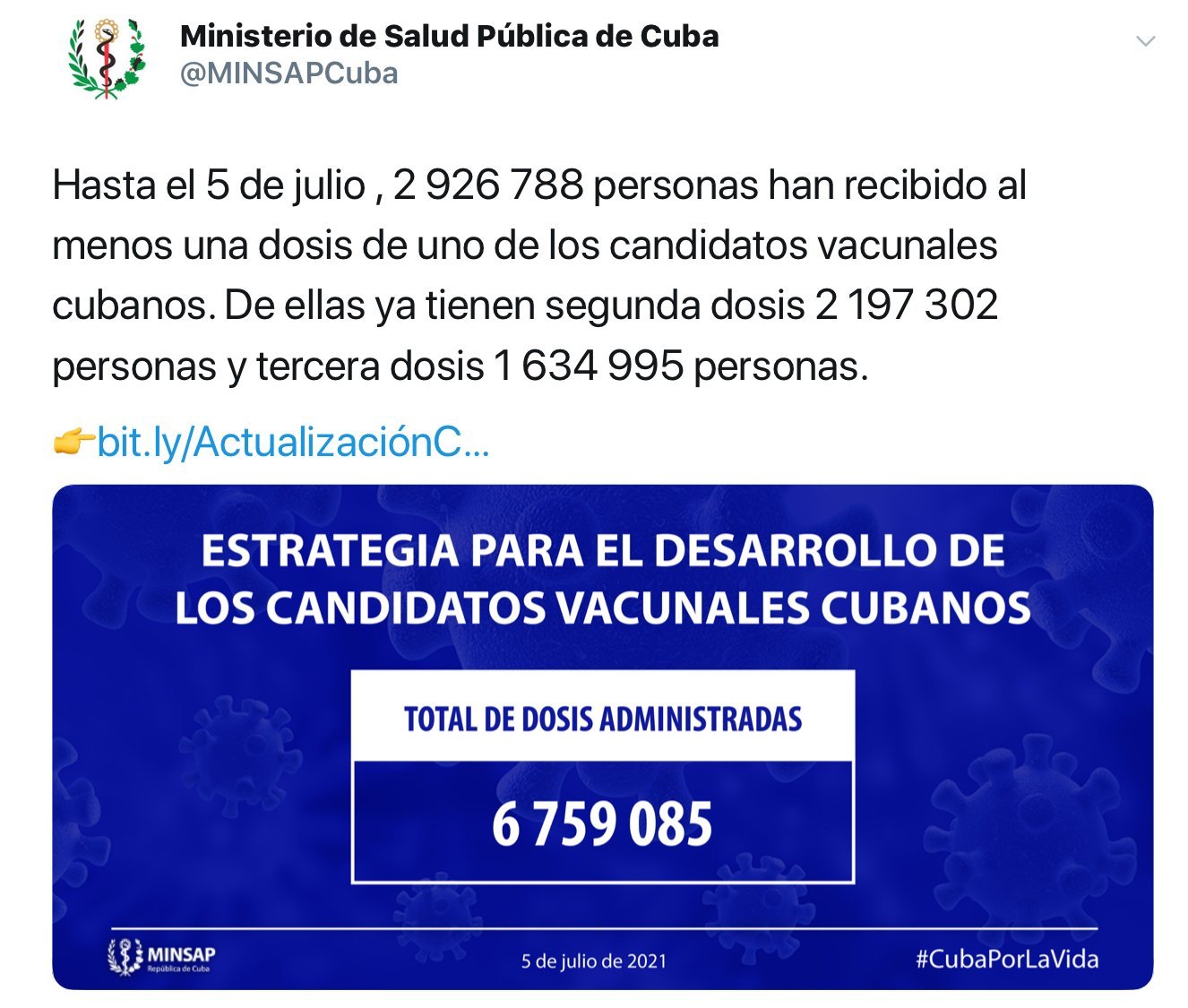 Screenshot of the Twitter profile of the Cuban Ministry of Public Health (MINSAP).

Vaccination “is the long-term solution that will prevent a moment of crisis like the current one from returning, but it requires time, and when it occurs in the midst of a wave like the one Cuba is facing, non-pharmacological measures must be applied,” the Cuban molecular biologist and researcher at the University of the State of Sao Paulo (UNESP) Amílcar Pérez Riverol explained to EFE.

“The examples from countries like Chile or Brazil show that vaccination alone is not enough to immediately stop outbreaks,” he warns.

Delta in Cuba, from Russia?

Regarding the causes of the virulent summer outbreak in Cuba, the expert points out, among others, the “pandemic fatigue” with the consequent drop in risk perception, street crowds as a result of food shortages or the circulation of new variants with higher transmissibility, such as Delta.

Many have linked the irruption of the Delta strain and the high spread in Matanzas with the massive presence of Russian tourists in the main tourist destination of the province, Varadero, where they could have infected workers in the sector and these have spread the virus in the nearby municipality of Cárdenas and other cities and towns in the surrounding area.

“This is very difficult to prove. It would need a serious epidemiological analysis. What is certain is that Russia is registering daily records of cases and deaths due to the circulation of the Delta variant,” Pérez Riverol said regarding this hypothesis.

For the biologist, “the current trend indicates that in the immediate future the epidemiological situation will be complicated, not only in terms of infections but also in terms of pressure on the hospital system” in Cuba.

The country broke its absolute record of cases detected for the second day in a row this Wednesday with 3,664, in a day in which there were 18 deaths.

The UNESP researcher considers that the evolution in the short and medium term will depend on the country’s ability to correct the various factors that have led to this situation and on the speed at which the vaccination process advances.