The figure could have risen to 71, as two other athletes with Olympic tickets will ultimately not attend the Games. These are the cases of Manrique Larduet, the best Cuban gymnast in recent years, and young triple jumper Jordan Díaz, as confirmed by the island’s sports authorities. 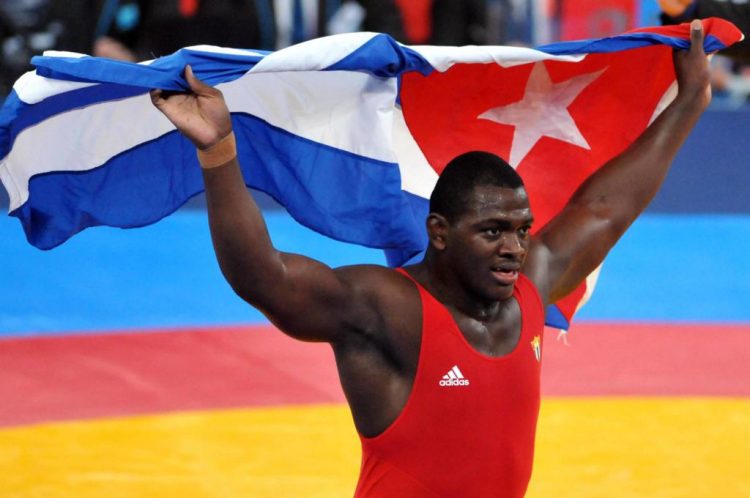 The Cuban delegation to the Tokyo Olympic Games will finally be made up of 69 athletes, as confirmed by the island’s sports authorities.

José Antonio Miranda, general director of high performance of the National Institute of Sports, Physical Education and Recreation (INDER), explained that the number of competitors was fixed at that figure after the Caribbean country did not receive any of the last places assigned by the International Weightlifting Federation.

“Once notified about it, it becomes official that we will be represented by 36 men and 33 women in 15 sports, and we will participate in 64 events,” Miranda explained to the Jit website.

Miranda, who is already in Tokyo as part of Cuba’s advance to the Olympic event, specified that although next Saturday’s official registry will authenticate the list of athletes, the distribution of Cuban quotas is led by athletics (18), wrestling (12), boxing (7) and judo (6).

The other sports that won tickets were canoeing (5), shooting (5), weightlifting (4), table tennis (2), beach volleyball (2), swimming (2), and the modern pentathlon (2), while taekwondo, artistic gymnastics, cycling and rowing, all with a classified athlete, complete the island’s delegation.

The figure could have risen to 71, as two other Cuban athletes with Olympic tickets will ultimately not attend the Games. These are the cases of Manrique Larduet, the best Cuban gymnast in recent years, and the young Jordan Díaz, record holder of the triple jump in lower categories and considered a promise of this discipline at the highest level.

Regarding the first of them, who has faced the Cuban federation for some time after it fired his coach, Carlos Gil, a recent report from Jit assured that he is “lacking the physical and technical form necessary for an event of that level.” Meanwhile, it was briefly pointed out that Jordan Díaz “left his team in Europe,” without offering more details on his staying in Spain, according to other sources.

Among those who will be in Tokyo, the greatest hopes of medals for Cuba fall on stars such as boxer Mijaín López and judoka Idalys Ortiz — who will participate in their last Olympic Games as active athletes — and athletes consolidated in the international elite such as boxers Julio César La Cruz and Andy Cruz, discus thrower Yaimé Pérez and young long jumper Juan Miguel Echevarría.

INDER’s general director of high-performance sports assured that there are currently six sports involved in training bases abroad: athletics, canoeing, cycling, wrestling, modern pentathlon and swimming, “as part of a required strategy of many readjustments due to COVID-19,” Jit pointed out.

“Meeting the demands of training and the necessary protocols to avoid the pandemic has been complex, but we have been able to take the necessary steps at all times and the entire arrival plan has already been designed, including those that will take place from other countries,” commented Miranda, who maintained that even with a numerically smaller delegation compared to other Olympic events, “Cuba has the necessary figures to make a reality the aim of appearing among the top 20 in the table of medals by nations.”

“We have always stated that the key will lie in the response of the athletes identified as those with the greatest weight when defending the commitment,” said the official.

The Cuban delegation in Tokyo will be the smallest in more than half a century in Olympic Games and the first with less than 100 athletes since the contest also organized by the Japanese capital in 1964. Then, the island only participated in six sports with 27 athletes, among whom sprinter Enrique Figuerola won the silver medal in the 100-meter sprint.