This new group of doctors from the international contingent "Henry Reeve" has traveled abroad to fight the pandemic since March. They are part of the 1,000 doctors who are expected to go to work in Venezuela this year to join the "Barrio Adentro" mission. 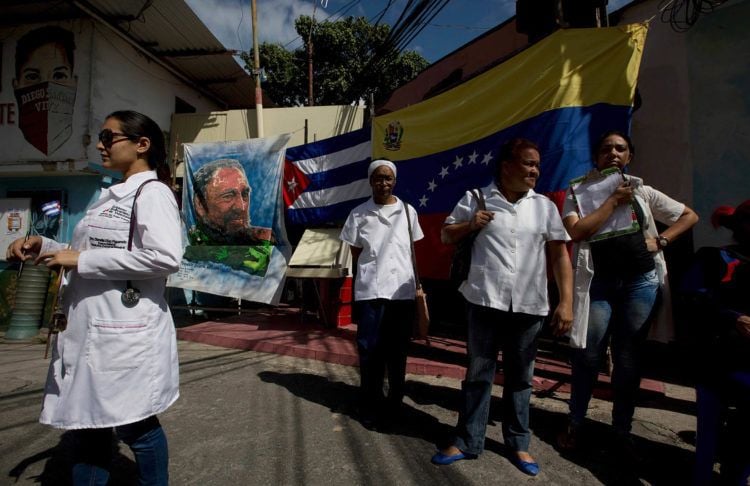 Cuba sent a new health team of 212 doctors to Venezuela. They will join the island’s health professionals who support the fight against the COVID-19 pandemic in that South American country.

“A new team of 212 doctors from #Cuba will support our brothers, the people and government of #Venezuela, in the confrontation with # COVID19,” Cuban Foreign Minister Bruno Rodríguez wrote on Twitter this Monday.

The head of Cuban diplomacy added that the island’s health professionals who arrived in Caracas yesterday “will reinforce the work of the ‘Barrio Adentro’ mission. Solidarity and cooperation: bases of this joint effort”.

This new group of doctors is part of the international contingent “Henry Reeve” who has traveled abroad to combat the pandemic since March, and who is part of the 1,000 doctors expected to go to work in Venezuela this year to join the mission “Barrio Adentro”, as reported by state media.

A specialized technical delegation traveled to Venezuela last March, after the detection of the first positive cases of SARS-CoV-2, to guide the 20,000 Cuban collaborators who provide service in that country; recalls the Cuban News Agency (ACN).

ACN also points out that Cuban doctors in that nation have been working for five months to contain the pandemic, focused on health promotion, population screenings, positive cases’ treatment for COVID-19, and in the medical care of convalescent patients from this illness.

Venezuela has registered a total of 33,755 infected by the SARS-CoV-2 coronavirus since the beginning of the pandemic, of which 22,700 have recovered and 281 people have died, according to official data.

Last week, the South American nation diagnosed more than 1,000 cases per day, the highest numbers since the pandemic began.

More than 3,000 doctors and nurses from the Cuban group “Henry Reeve” – ​​specialized in epidemics and disasters – have assisted COVID-19 patients in 39 countries in Latin America, the Caribbean, Africa, Europe, and the Middle East.

Venezuela is the main political and economic ally of Cuba, whose government supports Nicolás Maduro. Since 2001, the authorities of both nations have had a broad cooperation agreement, whereby the Caribbean Island receives oil at subsidized prices in exchange for sending professional services to the South American country (mainly doctors and teachers).