Due to its reconversion because of the pandemic, the patients of the Julio Trigo Clinical-Surgical Hospital will be evacuated to other hospital institutions, as reported this Tuesday at the daily meeting of the Provincial Defense Council. 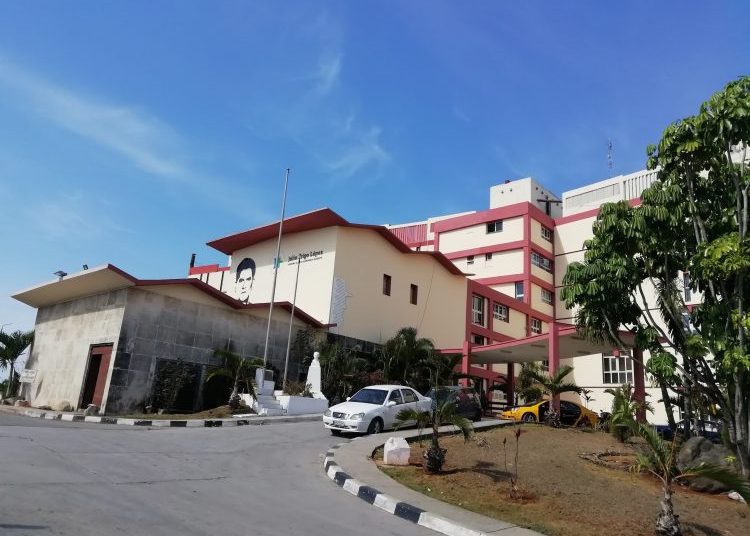 The Julio Trigo Clinical-Surgical Hospital, in Havana, will be turned into a COVID-19 isolation and care center, given the outbreak of the disease the Cuban capital is experiencing.

Due to its reconversion because of the pandemic, the patients of the Julio Trigo Clinical-Surgical Hospital will be evacuated to other hospital institutions, as reported this Tuesday at the daily meeting of the Provincial Defense Council, Tribuna de La Habana reported.

The hospital, located in the Havana municipality of Arroyo Naranjo, will thus join other facilities that are already used or will start being used for the hospitalization and treatment of patients and those suspected of suffering from COVID-19. Among these are the Eduardo García Delgado pedagogical school, the Enrique José Varona Pedagogical University and the University of the Arts, which have undergone constructive actions to function as isolation centers, according to what was said at the meeting.

The island’s capital is currently experiencing a rebound in infections with the new coronavirus, which reaffirms it as the epicenter of the epidemic in the country. Faced with this situation, the Cuban government decided to return to the epidemic phase and start applying a plan of measures in accordance with this setback, part of which includes the expansion of capacities for isolation and care of patients and contacts in order to follow their symptomatology.

Until this Monday, Havana had 1,990 SARS-CoV-2 positive cases, which represents 1.2% of the 194,977 PCR tests processed in the city since the start of the pandemic and more than half of the cases registered on the island. In addition, it maintains a rate of over 85 per 100,000 inhabitants, seven open local transmission events and nearly 200 active outbreaks in the province’s 15 municipalities.

Yesterday, the capital reported 36 new contagions, 21 of them asymptomatic and all contacts of previously confirmed cases. They were already in hospitals and isolation centers, according to Tribuna.