So far in March alone, COVID-19 has caused 77 deaths and 17,660 infections on the island. Dr. Durán highlighted the danger that the disease represents for the most vulnerable groups. 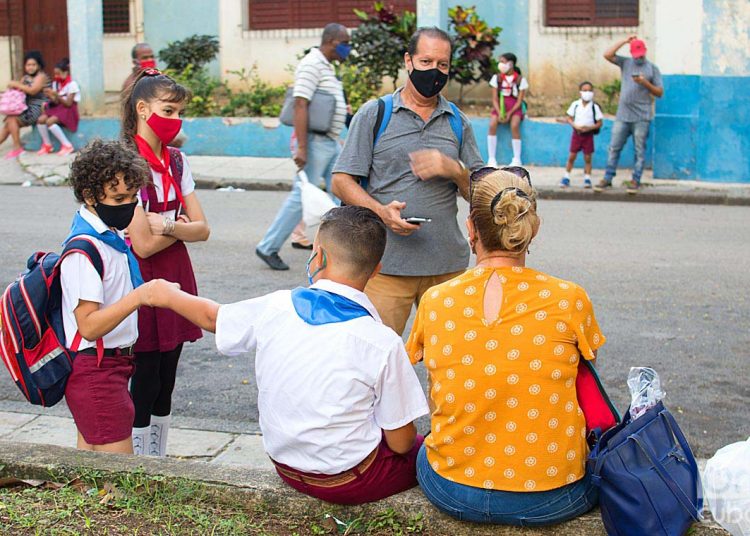 The Ministry of Public Health (MINSAP) reported this Tuesday that, after the processing of 18,162 samples in 23 laboratories, the balance of the SARS-CoV-2 virus for the Island during the last 24 hours was 774 infections and four deaths, with which the death toll now stands at 401.

The deceased are four men, three from Havana and one from Pinar del Río. Their ages ranged from 53 to 85 years old. With them, the lethality rate is 0.59%, below that of the world (2.20%) and the Americas region (2.39%), although high for the aspirations of the Cuban health system, according to the national director of Epidemiology of the MINSAP, Dr. Francisco Durán.

In March alone, the coronavirus pandemic has left 77 deaths in Cuba and 17 660 infections.

Most of the cases diagnosed on Monday are cases of autochthonous transmission, 766. In eight individuals the source of the infection was located abroad.

Havana reported the highest number of infections, with 404 cases, followed by Granma (102) and Santiago de Cuba (73). On the contrary, the special municipality of Isla de la Juventud (two), Las Tunas (seven) and Cienfuegos (five) accounted for the lowest figures.

Regarding incidence rates, Havana, Pinar del Río and Granma continue to lead the statistics, while 12 municipalities, 11 from Havana and one from Mayabeque, concentrated 43.4% of the transmission in the last 15 days.

Until midnight, there were 20,903 hospitalized patients, 3,361 active cases and 65 in intensive care, 28 in critical condition and 37 in serious condition.

Dr. Durán stressed that one of the patients in critical condition is an eight-year-old girl, a moment of his daily talk on television that he used to emphasize the danger that the disease represents for the most vulnerable groups.

Yesterday 109 people under the age of 20 were diagnosed with the disease; of which 102 were of pediatric ages and, among these, eight infants. Yesterday’s number of people over 60, 140, was also high.

For this Monday, March 22, the MINSAP reported 793 discharges.