According to the CITMA, the execution of the project “Coastal Resilience to Climate Change in Cuba through Ecosystem-Based Adaptation (Mi Costa)” will benefit 1.3 million people in 24 municipalities and seven coastal towns in Pinar del Río, Artemisa, Mayabeque, Ciego de Ávila, Camagüey, Las Tunas and Granma. 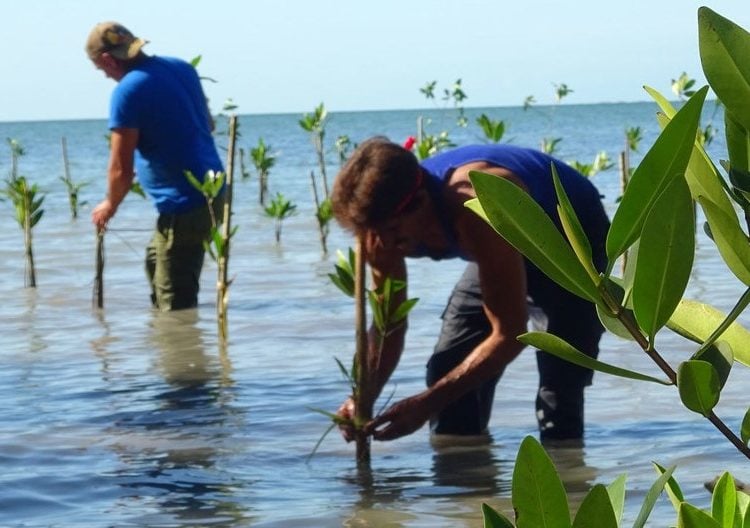 Mangroves are present in 70% of the Cuban coasts. Coastal communities participate in an initiative to regenerate them. Photo: UNDP Cuba/news.un.org

The UN Green Climate Fund (GCF) approved a $23.9 million allocation for a coastal resilience project to be implemented along the southern coast of Cuba. The initiative will be complemented with 20.3 million contributed by the Cuban government as part of its determination to contribute to the Paris Agreement.

This sum and the execution of the project “Coastal Resilience to Climate Change in Cuba through Ecosystem-Based Adaptation (Mi Costa)” will benefit 1.3 million people in 24 municipalities and seven coastal towns in the provinces of Pinar del Río, Artemisa, Mayabeque, Ciego de Ávila, Camagüey, Las Tunas and Granma.

According to the website of the Ministry of Science, Technology and Environment (CITMA), the project received approval during the final session of the 28th meeting of the Board of the Green Climate Fund, only “with the objection for political reasons” of the representative of the United States.

The GCF Board meeting has approved $1.2 billion in new climate finance for 15 new projects! We now have a portfolio of 173 #climateaction projects totalling $8.4 billion in GCF funding, $30.3 billion including co-financing #GCFB28 https://t.co/xsxO1y3gk2

Planned to last 30 years, the project aims to restore more than 11,000 hectares of mangrove, 3,000 of swamp forest and 900 of swamp grass. The funding will contribute to improving the health of more than 9,000 hectares of seagrass and approximately 134 kilometers of coral reef ridges, essential protective barriers against rising sea levels and storm surge, according to UN News.

It will be executed by the Environment Agency (Ama), belonging to CITMA, through the Institute of Marine Sciences (ICIMAR) and its implementation will allow support for the execution of the State Plan for Confronting Climate Change (Tarea Vida) and strengthening alliances with the UNDP in Cuba.

Given that Cuba is highly vulnerable to the impacts of climate change, projections show that, if interventions are not carried out, by the end of the 21st century some 21 coastal communities will completely disappear on the island, and more than 98 will be severely affected by climate-related threats.

Addressing the issue with an integrated approach will allow ecosystems to act as barriers in the face of the impacts of climate change, which are manifested in coastal erosion and floods while controlling saline intrusion.

At the 28th meeting of the Green Fund, 15 projects with a value exceeding 1.2 billion dollars were approved. In addition to Cuba, the only country in America that together with Mexico was benefited, more than 10 nations from Africa, the Middle East and Asia will receive aid to promote work in favor of the health of the planet and its inhabitants.