About an article published in the OnCuba column “Vox Populi”. 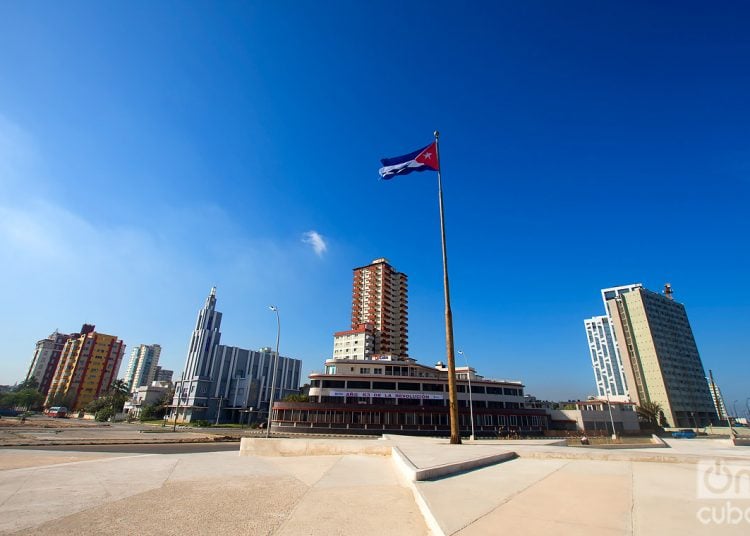 I just read another good and motivating text by Julio Antonio Fernández published by OnCuba with the title “Cuba: political hatred, an approximation,” I consider it a guideline for a collective debate and reflection that we owe ourselves. It deeply touches us.

I allow myself some considerations and questions on the subject, not as controversy with the aforementioned text, but rather with the intention of complementing it, contextualizing it, problematizing it.

With the following quote I illustrate the issue that arises with the solvency of arguments presented in it: “All this fuels an inability of old and new citizens, of acceptance of diversity, political alternation, political pluralism, of distrust in new ideas, of disrespect for privacy and human dignity, of assumption of state vices such as that of the excessive control of the intimate life of individuals, the surveillance of difference and the formalistic and symbolic representation of patriotism.” Certainly this is a problem that has also hit Cuba in various ways, much more so in these times, but it is worth noting that it is not an exclusive phenomenon of this country, it has been present, although with different determinations, in the most diverse and distant settings of the contemporary political world, and I ask: what was (is) Trumpism? Bolsonarism? Uribismo? and now again, Fujimorism?—to just give a few examples—but rather than the reduction of the political debate and of politics itself to an intentional and extreme simplification of what this should be like as the comparison of ideas, proposals and alternatives grounded for the management of “public affairs.” This has now happened not in declared dictatorships, but in supposed democratic and plural settings, has it not?

Manipulation, fake news, hate speech, intolerance and the exclusion of the “other” are not only a spontaneous expression of the uneducated fanaticism that welcomes and promotes it, it is the calculated result of well-articulated powers to maintain and promote their interests and privileges with any instrument at their fingertips, now mounted on the driving force of the new communication technologies. It is the manipulated articulation of a dogmatized mass—of one sign or another—by an intelligence clarified in its interests and that knows how to promote them without scruples or ethical principles, one is the lightning bolt and the hammer, the other is gunpowder and lead.

What we are seeing in this third decade of the century is alarming. Those who have followed the details of the last elections in Madrid or the current campaign in Peru or the resurgence of fascist speeches in Europe know what I mean, given the “energies” that fueled the attack by hordes of barbarians on the Capitol in Washington just 4 months ago.

There was a time when the political struggle was tough and difficult but the political terrain was defined, the conservative and the progressive, the reactionary and the revolutionary, democracy and dictatorship, colonialism and anti-colonialism, the oligarchy and the people, however today everything has become confusing, in addition to the fact that today’s society is much more complex and diverse in its composition, the vindication of values ​​is a game of mirrors, ethics is “lax,” to say the least, it happens as one character from an old Cuban movie: “the living are dead, the dead are alive,” the dark is said clear, the light is darkened, I would add, or in another invocation that illustrates “the thief shouted at the thief, catch the thief.”

Of course, the causes of this uncertain and complex reality are not simple, they are a combination of a diversity of factors resulting from the capricious and unpredictable paths of history.

The revolutionary left continues to pay for Stalinism’s tremendous errors and crimes, which arose over there and then, with different intensities, replicated here and there and based on the insufficiencies of the so-called real socialism, whose foundations turned out to be as fragile as glass, eaten away, not only by the permanent aggression of its adversaries, but also and fundamentally by his own errors, limitations and mirages. For its part, the reactionary right, which seemed cornered, ideologically naked and without promising alternatives in the now distant decade of the 1960s and early 1970s, rebuilt its strength, not only economically and technologically, especially its dispute and capacity to advance an imaginary of a remarkable part of a population in many places and countries confused and disappointed by the results of what should have been and was not.

A few years ago in Managua in a dialogue with the prominent and now-deceased intellectual Ernest Mandel, he told me: “the drama of this time is that the masses who are victims of the problems imposed by global capitalism are not aware of what their historical solution is. no matter how much it has been theoretically exposed.”

The simplification of history and the underestimation of culture seen as knowledge, identity, sensitivity and a sense of ethics is fertile ground for the harvest of hatred, irrationality, vulgarity and fatuous fanaticism.

Has Cuba and its difficult political process of the last six decades been excluded from this? Obviously not. Could it have been in a different way? Is this only and essentially the result of errors that could have been avoided despite the consequences and circumstances of the tremendous war waged against them? The answers to these last questions are part of a necessarily well-founded and broad debate and yet I am afraid that it would not have been conclusive, at least not in an easy and simple way.

The asymmetry of powers in the antagonistic interests that concur everywhere in this “battle,” where it seems that all rationality, knowledge, civility and culture have been excluded, must be taken into account.

The Cuba that defends an alternative of national sovereignty based on its isolation, blockade and insufficient resources, due to mistakes and even horrors that it may commit and could have committed in that endeavor, and the formidable power that faces it, is not the same. Some, devoid not only of historical knowledge, but also with an absence of all ethics, faced by the evidence of these asymmetries prefer to bet, in an exercise of evident opportunism, on what they perceive as a “winning horse” and join, frequently viciously, that extraordinary force that is opposed not only to socialism but also to a sovereign nation project.

Obviously, the errors, inadequacies, inflexibilities, fatuous extremisms, dogmas, provincialisms, paternalisms, intolerance, bureaucracy, impositions of false unanimity, reductionism of politics and its dynamics to the dispute with the United States, however important it may be, and spurious ambitions—which also exist—well exposed in the text that motivates this one, beyond the explanations they may have, are factors that feed the “monster” that must be faced—in Martí’s sense of the term.

But “the trees should not prevent us from seeing the forest,” the social advances and the exercise of sovereignty of the Cuban revolution have been enormous, there are the evidences, but it is also necessary to understand that the circumstances, the international context for the country could not be more difficult, it is necessary to fully account for and overcome what hinders the path of the nation from within, it goes without saying that the essential key is in culture, in the adequate knowledge of history, in the sense of nation, of social justice, of all justice and in ethics. Also at this point we know that these factors are difficult to “install” and more to “keep” active in the common consciousness, especially if it is not accompanied by the possibility of solving the material problems, recognizing the legitimate aspirations, articulating a viable option for democratic development rebuilding positive expectations for the future. At this point it is a huge challenge, more complex than it was appreciated in 1959, now the “backpack” is heavier, but there is no alternative, it is what there is, or it is faced and overcome, which is possible—especially if we understand well what it is about—, or it will be a turning point in this long and tense history.

Neither the problem that the country faces is reduced to the genocidal war that is being waged, nor can it be unknown or underestimated, any of these perspectives would be considered incomplete and does not lead to a fair, real and objective understanding of the reality the country is living.

Balance is always a risky exercise, but it is essential to successfully cross a thin “tightrope” and obviously, the loss of balance of others should not cause the loss of one’s own balance.

There will be new opportunities for future generations, no doubt, but what the current ones are concerned with is a challenge that must be taken up here and now.

This opinion was published by Julio Carranza, collaborator of OnCuba, on his Facebook profile, we share it with his express authorization.