The information was released by the Federation of Cuban Women (FMC). With the project they seek to “demonstrate the country’s reality.” 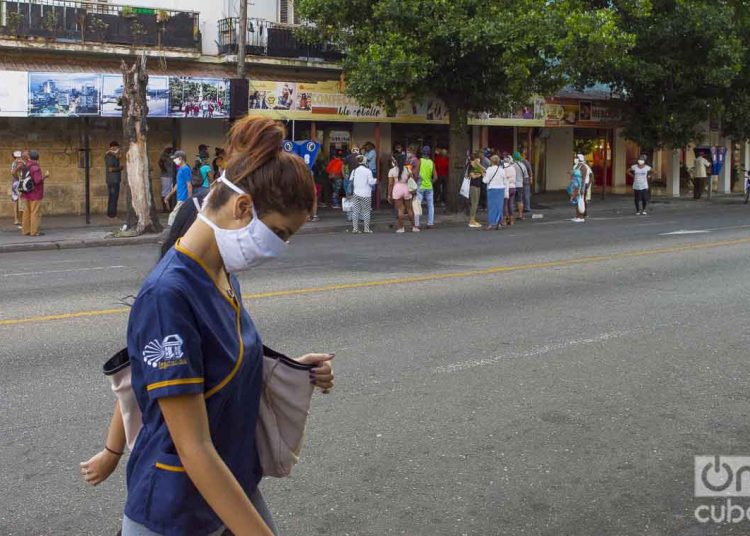 Cuba will create a Gender Observatory that will include updated records of feminicides and other expressions of sexist violence, events on which there is no public statistical information system so far, the Federation of Cuban Women (FMC) announced this Friday.

The general secretary of the FMC, Teresa Amarelle, confirmed in a press conference that the methodology is still being studied for the Observatory, with which they seek to “demonstrate the country’s reality” in terms of gender-based violence.

For the creation of the Observatory the entity will request advice from the Economic Commission for Latin America and the Caribbean (CEPAL), explained the Cuban official a meeting in which the National Program for the Advancement of Women was presented, whose objective is to promote gender equality.

The institutional gap in statistics on gender-based violence has been covered during the last two years by civil society groups that publish updated figures, and that recently warned about the increase in women’s violent deaths during confinement due to the coronavirus pandemic.

At least six women have died violently in Cuba so far in 2021, supposedly at the hands of their partners, and almost 30 had a similar fate in 2020, according to the platforms Yo Sí Te Creo Cuba and Alas Tensas magazine.

The most recent official statistics on gender-based violence and feminicides (a fact that is not classified as a crime in the Cuban Penal Code) date from 2016 and show that 26.7% of women between 15 and 74 years of age suffered some type of violence in their relationships in the twelve months prior to the study.

Only 3.7% of the Cuban women who reported suffering attacks in their current or previous love relationships asked for institutional help, according to the National Survey on Gender Equality carried out at that time and which included 10,698 women.

Regarding the National Program for the Advancement of Women, the FMC representative pointed out that the initiative will institutionalize public policies for gender equality in Cuba. This Program contains 45 measures that seek to respond to challenges that have not yet been resolved, such as the economic empowerment of women, education and prevention to avoid violent acts and the increase in dissemination in the media.

Amarelle also mentioned that work is being done to have a gender law at some point, but noted that there are legal instruments that recognize gender-based violence by the State.

The approval of a comprehensive law against gender-based violence is at this time one of the most visible demands of Cuban civil society, which in recent years has also started campaigns to achieve the legal regulation of issues such as the rights of the LGTBI community or the fight against animal abuse. A decree-law was recently approved that articulates the animal welfare policies on the island.