However, a Supreme Court ruling warns that each case must be analyzed individually, and does not exclude the possibility that medical assessments declare injured soldiers unfit. 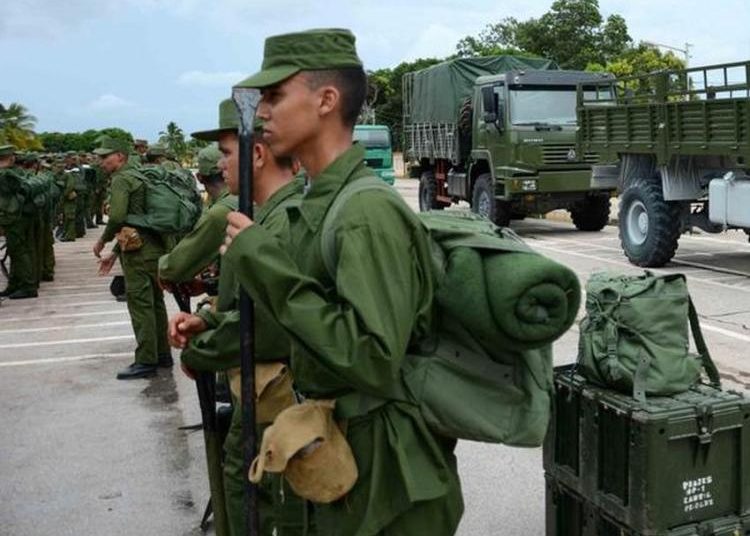 The imprisoned soldiers who injured themselves to avoid doing their military service in Cuba, will be sanctioned for the crime of evasion of the obligations of said service, the island’s Gaceta Oficial published this Wednesday.

In view of the increase in such cases registered in the El Globo Disciplinary Unit, located in the western region, the Ministry of the Revolutionary Armed Forces (MINFAR) requested the legal assessment of the phenomenon “in order to adopt decisions aimed at curbing these actions,” according to the document.

Several soldiers serving disciplinary sanctions in El Globe had swallowed objects such as screws, washers and blades, in order to self-inflict damage. After being submitted to the corresponding appraisals, most of them were declared unfit for military service.

The response of the Governing Council of the People’s Supreme Court was to approve Ruling No. 459, which states that military prisoners in disciplinary units of the Revolutionary Armed Forces and the Ministry of Interior, “continue to be subject to compliance with the obligations of active military service.”

The inmates in these units, mostly sanctioned for military crimes, have the possibility of returning to the institutions of origin “once the sentence imposed has been served or after giving them an early release,” explains the legal norm.

For these reasons, the Supreme Court ruled that if during the execution of the sentence the soldiers injure themselves, they can incur the crime of evasion of the obligations of the service, which in Cuba is mandatory for men. For this reason, they can be sanctioned in accordance with the provisions of article 20 of the Military Crimes Law.

Said legislation, in force since 1979, establishes that “he who, in order to evade the fulfillment of his military service obligations, self-injures himself or intentionally contracts any disease, incurs a penalty of serving a sentence of six months to five years.”

The article in question does not refer to imprisoned soldiers, but to all of them in general, so the Supreme Court ruling states that its validity also holds for that specific case.

However, the document warns that each case must be analyzed individually, and does not exclude the possibility that medical assessments declare injured soldiers unfit.

In addition, the military convicted of common crimes, as the ruling clarifies, “are destined to serve their sentences in prisons” and, therefore, do cause redundancy from the military institutions.