The deputy chief of the Cuban medical mission in the Venezuelan capital, Rodolfo Pérez, specified that more than 630 Cuban professionals will be immunized with the drug in the region, where two vaccination points have been installed. 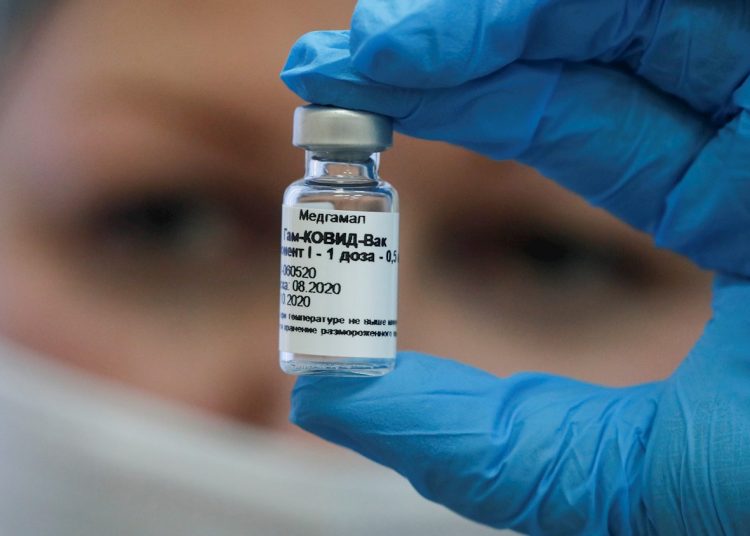 The 75 Cuban doctors who work in the field hospital installed in the Caracas Polyhedron, Venezuela, were inoculated with the Russian Sputnik V COVID-19 vaccine, the official media reported.

The deputy chief of the Cuban medical mission in the Venezuelan capital, Rodolfo Pérez, specified that more than 630 Cuban health professionals will be immunized with the drug in the region, where two vaccination points have been installed.

For now, the Cubans who were vaccinated with the Sputnik V dose remain under observation for the first 24 hours, and so far only two people have manifested adverse reactions, although not significant, said Pérez, quoted by the Agencia Cubana de Noticias news agency.

Pérez explained that those vaccinated must wait 21 days to receive the second dose of the vaccine developed by the National Center for Epidemiology and Microbiology Research of Russia, Gamaleya.

On February 13, Venezuela received the first batch of 100,000 Sputnik V, and is today in the initial stage of the vaccination process against the disease; mass immunization is scheduled for next April. As part of the current process, other collaborators on the island will also be immunized, according to a note read on Cuban television this Tuesday.

Last August, the head of the Russian Direct Investment Fund, Kirill Dmitriev, stated that the production of the Russian vaccine could start in Cuba in November.

“Cuba has an excellent capacity to manufacture vaccines. We are discussing the launch of the production with several Cuban companies, we believe that Cuba can become one of the key centers for the production of vaccines,” said the CEO at a press conference organized by the media group Rossiya Segodnya.

However, the island had plans to produce its own drugs against the contagious disease and made progress in the vaccine projects created by the Finlay Vaccine Institute—Soberana 01 and Soberana 02—, in addition to two other formulations, called Mambisa and Abdala, developed by researchers of the Center for Genetic Engineering and Biotechnology (CIGB).

The four vaccine candidates are already in different stages of clinical trials and the Cuban authorities recently announced the beginning of mass production of the most advanced, Soberana 02. The intention is to begin the third phase of human trials in March, in which thousands of people would be inoculated, and then, depending on the results obtained, vaccinate the entire population of the island this year.