The reality is that Cuban Americans are immigrants, not exiles, and that has been the reality since the 1970s. We just can’t imagine life without the old story. 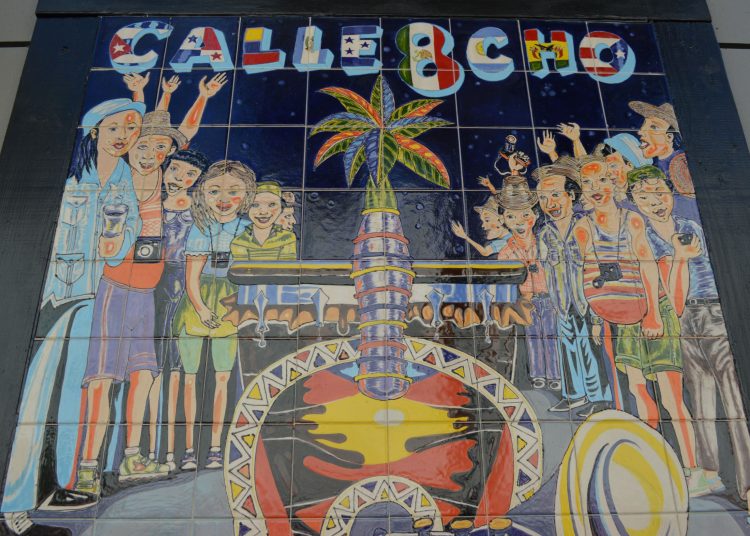 On December 29, 1962, President John F. Kennedy stood on a stage at the Miami Orange Bowl. A member of the Brigada 2506 handed him a folded Cuban flag. From the stands watched an at-capacity crowd of Cubans, including survivors of the Bay of Pigs debacle and their friends and families. He started the 14-minute speech welcoming the brigadistas on behalf of “his government and his country” and assuring them that the flag just received “will be returned to this Brigade in a free Havana.”

This was, of course, a fiction. There would be no other serious attempt to overthrow the Cuban Revolutionary government, and diplomatic options were curtailed by the severing of relations in 1961 and the establishment of the full embargo in February of 1962. The fate of the exile’s Cuba was, like the flag, in the hands of the American government.

In 1966, the exile reality received another blow. That year, with irrevocable institutional authority, the passage of the Cuban Adjustment Act created the existence of the category of Cuban-Americans as immigrants, not exiles. The government that Kennedy represented in his short gig as president became our government. Su casa es mi casa.

The Kennedy ritual in 1962 initiated the exile story, which still rules as the ambient ideology among Cuban Americans in Miami. The story relies on the belief that the U.S. government, through sanctions and sanctimoniousness, will lead the charge for regime change on the island. This is a fiction, yet the power of this fiction this year motivated some Cuban Americans into the streets banging pans in support of the reelection of Donald Trump, a president of whom the kindest thing that can be said is that he’s a narcissist completely disinterested in the fate of Cuba, the Cuban people, or Cuban Americans, beyond the votes that the latter might bring him.

The exile story, of victimization at the hands of a communist dictatorship, has had a good run. It allowed the early Cubans to establish an alliance with the State in their new land, which resulted in beneficial treatment of fellow runners from the Cuban Revolution. (See: the Cuban Refugee Program of 1961, the Cuban Adjustment Act of 1966, the expansion of Supplemental Security Income eligibility in 1975, and many other mostly Democratic initiatives to assist Cuban integration.)

In its heyday, the story had a purpose: to establish an episteme of return to the homeland for those fleeing the Cuban Revolution. In its original telling, the Cubans in exile would spearhead a violent overthrow of the revolutionary government.

This plot line effectively dissolved in the Orange Bowl during the ritualistic handing of the flag to Kennedy in 1962. But the story continued with the protagonists shifting from the Cuban exiles as a group to “the men of action” who commandeered clandestine terrorist attacks against the island or planted bombs against dissidents within the community of exiles, who subscribe to another story about how to be Cuban Americans. When violence failed, the strategy shifted to influencing the U.S. government in its foreign dealings with the island by joining President Ronald Reagan’s wars against the “evil empire” and its surrogates.

The geopolitical importance of Cubans beyond the 305 served to incorporate the community into the Republican Party and the political process of the United States.  But when the Soviet surrogates triumphed or retreated while Cuba remained unchanged, the only arrow in the exile quiver was support for the Republican Party, its isolationist policies, and its embargo. It’s been nearly 60 years. We have long forgotten that we can whittle a new arrow. Apparently, we never forget, but we never learn.

The recent Trumpazo gave the exile story a boost, thanks to the easily reproducible meme of “socialism” injected into the body politic of South Florida, a geography flush with immigrants claiming victimization at the hands of one authoritarian regime or another. But in general, the idea that Cuban Americans are an exile minority obsessed with the homeland is a myth kept alive by the tellers of the old story, some of whom cling to it for the security offered by fundamentalist beliefs and others los que viven de eso as opportunist, selling the story as a commodity, like an audiobook from Barnes and Noble.

The most recent empirical evidence for this comes from the FIU Cuba Poll, which I have directed since 1991. Cubans arriving since the signing of the reigning immigration accord in 1995 are not exiles in any sense of the word, but economic immigrants: over 60 percent report coming to the U.S. for financial or family reasons.

Similarly, when we ask poll respondents to rank the most important policies that motivate them to vote for a candidate, Cuban Americans ranked the candidate’s position on Cuba consistently last or damn near. The reality is that Cuban Americans are immigrants and not exiles, and that has been the reality since the 1970s. We just can’t imagine life without the old story.

Cuban Americans need a new story anchored in the ideological diversity of the community in the current historical moment.

To create a new story, we have to look around and decide what we, Cuban Americans, want. At the national level, we can, as citizens, evaluate the policies of the dominant two parties and choose which one best aligns with our personal ideologies.

But dealing with Cuba does not have to be a partisan issue, since its significance is not limited to Cuban Americans who are citizens or registered voters. Besides, neither party has presented a sustainable and effective way forward in U.S./Cuba policy. If, however, as a community, we want to maintain some comforting continuity with the old narrative and decide to be players in the development of the Cuban nation and contribute to Cuban history, then we have to create a story that acknowledges that relying on the U.S. government has not worked. Pretending that the United States government, regardless of who controls the White House, will serve as a change agent in Cuba is part of the old, ineffective story.

Developing a new story also requires a recognition that engagement has begun but Cuban Americans are not involved. Almost all of the 22 bilateral accords between the U.S. and Cuba initiated during the Obama era remain alive, if on life support. The U.S. and Cuba governments have agreed to hold talks on environmental issues dealing with the Everglades and the Ciénaga de Zapata, cancer research, climate change, agricultural cooperation, and a host of other issues of interest to both governments.

The sanctions imposed by Trump, restrictions on travel and remittances, are felt mostly by us, Cuban Americans and our relatives and friends in Cuba, not the Cuban or U.S. governments. The belief that these restrictions will have a punitive effect on the Cuban government should be recognized for what it is: a remnant of an old, ineffective story with no basis in reality. Governments don’t suffer. People suffer.

We also have to recognize that the Obama years brought us closer to influencing social forces in Cuba than all the tough rhetoric of Republican and Democratic administrations since Kennedy accepted the flag in 1962. During those two years, Cuban Americans, for the first time in nearly 60 years, had a positive impact on Cuban society. In 2016, two years into the new rules, 64 percent of Cuban Americans supported Obama’s engagement policies, including 35 percent of Republicans. Becoming involved in the economic well-being of the Cuban people was viewed, even by some hardliners, as a catalyst for change; the grafting of middle-class aspirations on a stagnating economic system that might give rise to a deep restructuring of the Cuban state.

The Obama opening became a political Rorschach test: Those desiring regime change, as well as those who just wanted to spend holidays with family and send diapers to their nephews, saw in the new rules a recipe for change. This was the start of a new story but, as my mother used to say about events that did not take hold, quedó en la página dos. It didn’t make it past the second page.

Trump’s policies returned us to a more comfortable reality, a type of ideological fundamentalism that is of our crafting. We feel at home in this alienation from the homeland. Engagement requires change. We’d rather go back to a safe and secure perspective that protects us from the unknown. It’s time to tap the brakes in our autopilot system. It’s time for a new story.

The new narrative has to reflect the current reality. Consider this: Over 60 percent of Cuban Americans in South Florida support U.S. policies designed to improve the conditions of the Cuban people. Over 70 percent of Cuban Americans in South Florida have family on the island. Fifty percent send money to family and friends on the island. Even during the height of Trumpmania, over 60 percent of Cuban Americans supported selling food and medicine to Cuba. Sixty percent now support suspending the embargo sanctions until the COVID-19 crisis is over. A strong majority supports the resumption of consular services at the Havana embassy. These are powerful sentiments in the community that need to be recognized and nurtured. These are sentiments that focus on family.

The Cuban family as a change agent is the core of this new story. The family is the bridge between Cuba and the diaspora, between the Cuba of today and the Cuba of tomorrow.

We are no longer simply exiles, but members of a transnational community. Our government’s policies should reflect this reality.

The Democratic Party and President-Elect Joe Biden could be instrumental in developing this new story. This means rolling back some of the remittance limiting policies initiated by Trump. This means opening up travel to all parts of the island and the resumption of visa-granting from the Havana embassy. This means opening up channels of negotiations with the Cuban government to discuss how the community in the diaspora can have more of a role in the economic life of the island through their families and relatives.

This story will have strong support in the community because family bridges the old story with the new story. In the 1962 speech to the army of the exiles, Kennedy emphasized the “heroic effort of the Cuban Families Committee” in securing the freedom of the captive invaders. The new story imbues the cross-national Cuban family with a similar historic role.

When it comes to Cuba, we have fallen into an unconscious stupor. We are confusing doing nothing with doing something.  The blind faith placed on the U.S. government to promote change through sanctions has proven ineffective. A new story can reshape the relationship between the Cuban Americans and Cubans on the island. It’s a story that breaks loose from the shackles of the past, forged by a geopolitical struggle now in the dustbin of history, and allows Cubans to use their strongest pillar: the family and the history they create.

The original English version of this article was published in the Miami New Times, this version is published in OnCuba with the express authorization of its author.