The minister of energy and mines reported that there is a generation shortage due to breakdowns in "several generating units" and insisted that the fuel "is guaranteed." 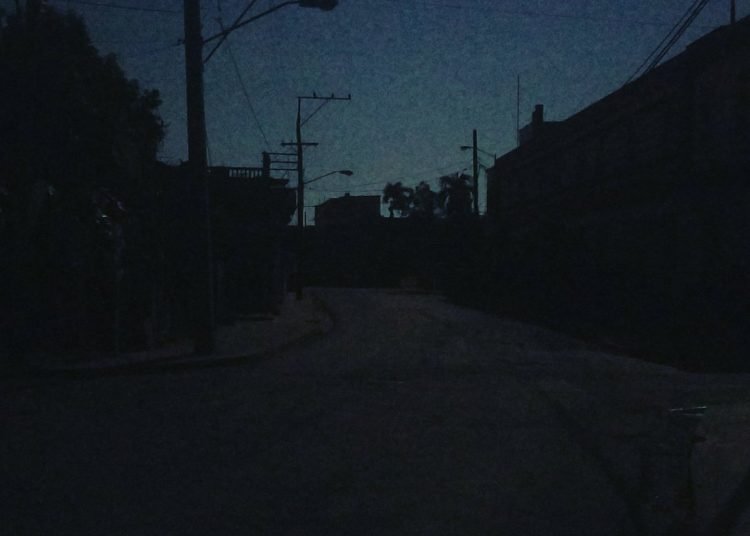 One of so many blackouts of the last few days. Many people are reporting the blackouts through social networks, insisting that the authorities had not publicly admitted that power outages were occurring. Photo: @daguitovaldes.

A deficit in Cuba’s National Electrical System due to breakdowns in several generating units has caused outages for several hours on Tuesday in all the island’s provinces, explained Minister of Energy and Mines Raúl García through the state television network.

The head of the energy sector explained that the breakdowns in generating units of the Antonio Guiteras thermoelectric plants, the country’s main one, and Mariel, both in the western zone, as well as in Nuevitas (east), coincided with the planned maintenance of two units of the Cienfuegos (center) and Santiago de Cuba (east) plants.

García indicated that there has been a “considerable impact” on electric service in all provinces for an average time of “three hours and three minutes,” although he said that in some circuits it was “more,” but he said efforts had been made to protect the areas for vital services to the population, such as hospitals.

However, the minister said that the situation that has arisen in the last few hours with power generation in the country “has absolutely nothing to do with fuel.”

“The fuel for the basic generation of the system is guaranteed,” he said in his statements to the Cuban Television newscast.

He also reported that one unit of the Nuevitas thermoelectric plant has already been incorporated into the electrical system and another is already in the process of starting up, while a third unit will do so in the next few hours.

He specified that the Mariel unit will be incorporated this Wednesday, while the Guiteras thermoelectric plant will not enter service until Friday, and the normalization of the electrical system will start next Saturday.

Given the evidence of recurrent blackouts in several of the country’s towns, a group of people mobilized in recent days to report the irregular situation through social networks.

The government had assured on June 19 in a TV report that there would be no blackouts scheduled during the summer.

An official of the Electricity Conglomerate affirmed then that during the summer “there could be failures as a consequence of electrical storms or climatological events, but not for lack of electricity.”

Journalists, activists and interested citizens started calling attention to the authorities’ silence about the increasing incidence of these power outages.

Many people in the networks and on the street had been expressing the suspicion that the authorities were programming blackouts due to lack of fuel, although they had not been announced.

During the summer, 400,000 tons of fuel are allocated to thermoelectric plants and distributed generation sites on the island, according to official data.

The country only produces 40% of the fuel it consumes and completes a large part of the demand with Venezuelan oil at subsidized prices, although shipments have been reduced by more than half since the crisis began in the South American country.

Cuba has been facing for some months an economic crisis attributed to the instability of its main political ally, Venezuela, in addition to the inefficiency of its centralized economy, the strengthening of the U.S. embargo, the drop in export prices and the natural disasters of the last two years.