It is a Cienfuegos factory able to provide "very high quality" alcohols for the domestic and foreign markets. 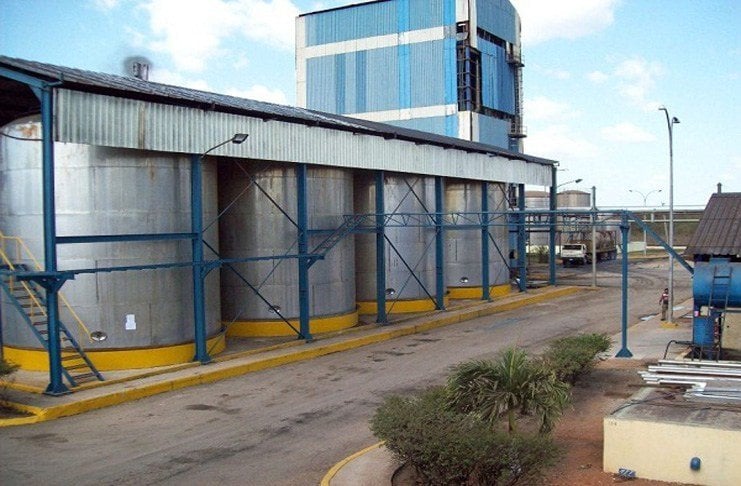 Alficsa produces alcohols necessary for the pharmaceutical and perfume industries, and for the production of rums. Photo: Modesto Gutiérrez / ACN.

Cuba has reactivated the Alficsa Plus distillery, producer of fine alcohols from sugarcane, which has been rehabilitated with Spanish investment and technology, the island’s state media said this Tuesday.

The plant, located in Cienfuegos, is in the start-up phase after being paralyzed for six years and is expected to become the most modern of its kind in Cuba.

Alficsa produces alcohols necessary for the pharmaceutical and perfume industries, and for the production of rums.

Mayra Rivero, executive vice-president of the Cuban-Spanish joint venture Alficsa Plus, affirmed that all the tests carried out so far have been completed successfully, so they hope to distill the first volumes of alcohol this month, according to the local television channel Perlavisión.

The rehabilitation of this industry has required an investment of six million Cuban pesos (1 CUP = 0.04 dollars) and convertible pesos (1 CUC = 1 dollar), according to official data, which does not specify the amount in both currencies.

This has served to assemble a new steam boiler with a generation capacity of 20 tons, a water treatment plant and a cooling tower in the distillation area.

With state-of-the-art Spanish technology, the enterprise is able to provide “very high quality” alcohols for the domestic and foreign markets, according to the Cuban executive.

In this regard, she explained that the commercialization of its productions is being negotiated for different alcohol industry markets.

This distillery, belonging to the AzCuba Business Group―in charge of producing sugar, its derivatives and generating electricity―, also worked with joint Cuban-Spanish capital from 2000 to 2012, when the agreements expired.

Alficsa’s productions are demanded for the manufacture, above all, of rums and high quality cosmetics.

After further negotiations between the parties, they agreed to reactivate the joint venture, with “advantageous results for both investors,” the source indicates.

This factory is one of the links in the productive chain that begins with the use of the final molasses in sugar production, goes through the manufacture of alcohols, and the waste is used by a nearby plant to obtain yeast with a high protein value as animal feed and carbon dioxide (CO2) to produce beverages and soft drinks.