The consultation is organized as a series of meetings and community debates throughout the country and even Cubans residing abroad will be able to express their opinions on the matter, according to the island’s authorities. 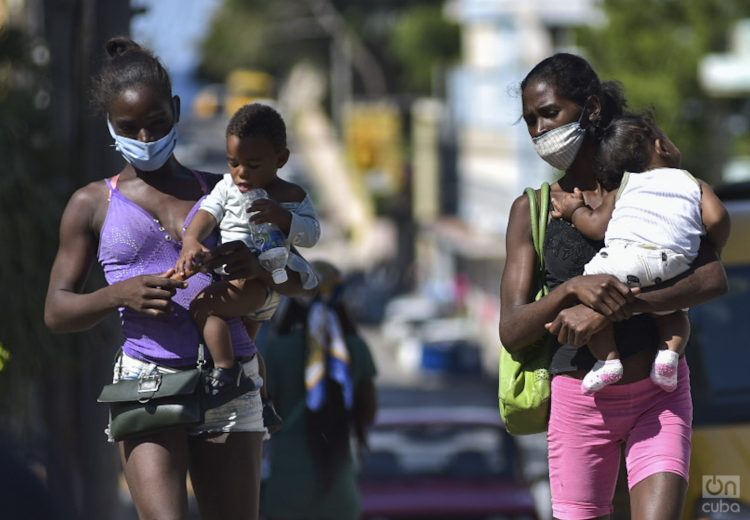 Cuban President Miguel Díaz-Canel this Tuesday encouraged his fellow citizens to participate in the popular consultation on the legislative proposal for the Family Code, a public process that will take place from February to April.

“Cuba is ready for the Popular Consultation of the Family Code. I invite you to consciously participate in this exercise in democracy to enrich the bill with everyone’s contribution,” Díaz-Canel wrote on Twitter.

The new Code is a legislative package supported by the Cuban government and, among the many issues for which it seeks legal support, the fight against gender-based violence, same-sex marriage and the prohibition of child marriage stand out.

It also legislates on de facto couples and the so-called “solidarity gestation,” as well as develops the concept of parental responsibility (in substitution of parental authority).

The consultation is organized as a series of meetings and community debates throughout the country and includes Cubans residing abroad, who will be able to do so through an interface that will be enabled on the Nation and Emigration website of the Cuban Ministry of Foreign Affairs.

As stated this Tuesday by Ernesto Soberón, general director of consular affairs and Cubans residing abroad at the Foreign Ministry, “technical adjustments are being made with the aim of guaranteeing that this section is accessible to Cubans residing abroad, who in short will be able to give their criteria on the bill.”

The official Cubadebate website mentioned in its Tuesday edition 78,000 meeting points throughout the country, while Prensa Latina news agency points out that there will be seven million voters participating in the process.

According to the electoral authorities, 900,000 people, including jurists, law students and other specialists, will guide the debate and then process the information, which in May will be delivered as conclusions to the National Assembly of People’s Power (Parliament, unicameral).

In this way, this process seeks to clarify for Cubans the 471 articles of the Code and the wide number of topics it covers, with points that are not exempt from controversy. Several official media have given away printed and digital copies of the text and the Ministry of Justice has a digital version on its website.

After three months of popular consultation, the National Assembly must analyze the conclusions of the process and, by July, approve the new bill with contributions from the consultation. Later, on a date yet to be determined, the Family Code must be submitted to a referendum.

The bill of the Code in its version 24 was published on January 12 in the Gaceta Oficial de la República. This Family Code, which will replace the one in force since 1975, is the only piece of legislation that is going to a popular referendum among the 70 laws of the current legislative period.

According to the official Granma newspaper, the 12,513 constituency electoral commissions scheduled for the process participated in the dynamic test held between January 27 and 28.