Soberana 02 is “the only conjugate vaccine in the project against the pandemic,” as explained by specialists from the Finlay Vaccine Institute, the scientific institution in charge of its development. 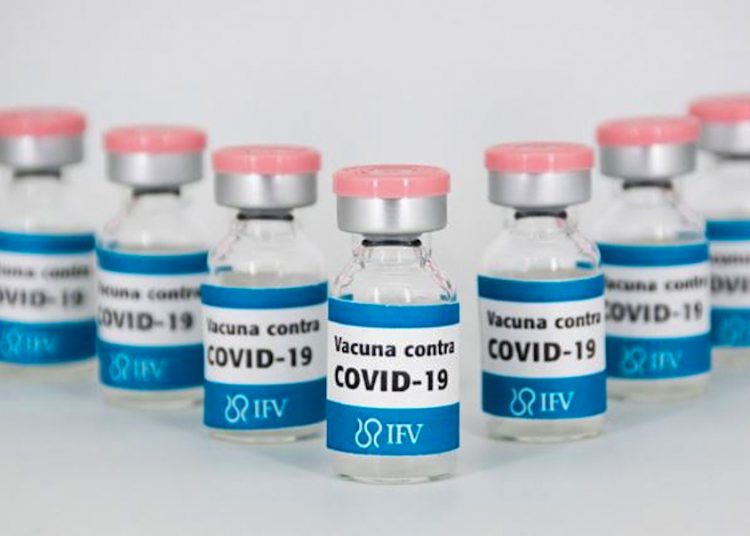 The Cuban Soberana 02 COVID-19 vaccine candidate will soon begin its clinical trials in humans, after its approval by the island’s regulatory body.

The Finlay Vaccine Institute, the scientific entity in charge of its preparation, announced this Tuesday that the vaccine received approval from the Center for State Control of Medicines, Equipment and Medical Devices (CECMED) for the start of phase I clinical trials.

“We are pleased to inform you that @CecmedCuba has approved the phase I clinical trial of the #Soberana02 vaccine candidate, based on a conjugate vaccine platform with a history in @FinlayInstituto. A know-how distinguishes us in the field of #preventive vaccines,“ the institution published on Twitter, although without specifying a possible date for the start of the tests.

Days ago, Dr. Vicente Vérez, general director of the Finlay Institute, had advanced the imminent approval of this vaccine candidate, the Agencia Cubana de Noticias news agency recalled, which explains that this vaccine, like Soberana 01, already in human trials, is a molecular or subunit product.

However, following the specialist’s explanations, the agency clarifies that Soberana 02 is “the only conjugate vaccine in the project against the pandemic,” although it is not the first of its kind produced in Cuba, where there is “extensive experience in the application of this type of preventive treatments.”

According to Dr. Vérez, during the clinical trials of this vaccine candidate―which has already been tested in animals―“it is expected that its safety will be demonstrated and that it will achieve a protective, powerful and long-lasting immune response, like Soberana 01, as well as verify what immunological properties are confirmed in vaccinated subjects,” the source pointed out.

In a recent exchange with Cuban President Miguel Díaz-Canel, Vérez said that the team of Cuban scientists he heads “aspires to advance decisively in the studies regarding the immune response” of Cuban vaccine candidates before the end of this year, with the aim of “beginning to vaccinate the Cuban population during the first semester of 2021.”

Regarding the safety of the drugs, he insisted that “they are based on vaccine technology platforms that already exist and have been tested in millions of doses.”

Recently, the scientific institution had announced the start of a new clinical trial to evaluate different formulations and dose schedules of Soberana 01. According to what has been explained, the study would carry out its phase I between October 19 and November 9, and its completion is scheduled for February 2021.

Currently, Soberana 01 is in phases I and II of clinical trials with just over 700 volunteers. Its trial period has passed without adverse events, as reported so far.

Created in 1991, the Finlay Vaccine Institute has recognized expertise in this field, and its most important achievements include the development of a vaccine against meningococcal meningitis.