The plant generates electricity from the biomass of the marabú bush. In addition, it will produce clean energy during the sugarcane harvest period with the use of “bagasse,” a by-product from the grinding of sugarcane. 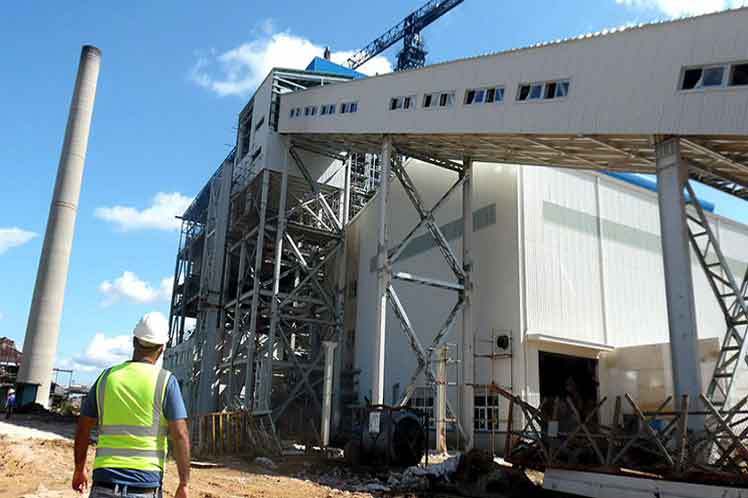 The first bioelectric plant in Cuba is located in the central province of Ciego de Ávila. Photo: PL

The first bioelectric plant in Cuba, which generates electricity from the biomass of the marabú bush, is carrying out tests after its synchronization this week to the National Power System and is expected to save about 100,000 barrels of oil annually when it starts up.

The new plant, located in areas of a sugar factory in the province of Ciego de Ávila, was built with an investment of 180 million dollars that includes technology from a Chinese company and the execution of works by the joint venture BioPower S.A., according to Cuban media reports.

The bioelectric generation tests have been recently carried out satisfactorily and have supplied more than 300 megawatts of electricity to the system.

When it is fully operational, this unit is expected to generate 60 megawatts of electricity per day, the equivalent of 50% of Ciego de Ávila’s energy consumption, said specialist Carmen Taboada, vice president of BioPower S.A., with Cuban, British and Chinese participation.

The plant will provide all the electricity needed by the Ciro Redondo sugar factory and the rest will go to the national grid, saving the country about 100,000 barrels of oil per year, Taboada said.

She said that in addition to using the marabú, the plant will produce clean energy during the sugar harvest period with the use of “bagasse,” a by-product from the grinding of sugarcane.

Those responsible for the work have indicated that it will have an impact on the community because from its start-up the “bagasse dust” will be eliminated, an organic waste that is generated in the sugar mill environment, and will also substantially reduce the emission of carbon dioxide (CO2) to the atmosphere.

The construction of bioelectric plants in Cuba to produce clean energy through biomass, less expensive and more efficient, is part of the strategy developed by the country to change its energy mix and expand the use of renewable sources, until 24% of electricity generation (14% will come from biomass) is reached through this means in 2030.