97% of the sugarcane cutting is mechanized with modern technology cane harvesters and only about 10,000 manual cane cutters will take part in this harvest, as explained this Wednesday by the state Azcuba Business Group’s spokesman. 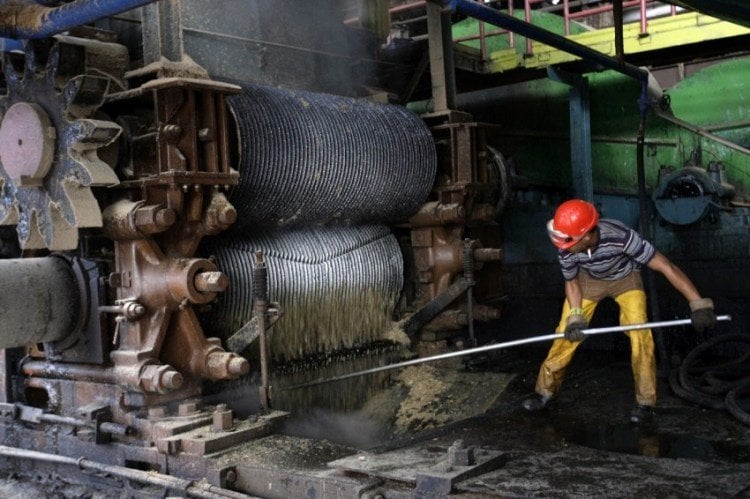 The 2019-2020 sugar harvest kicked off in Cuba with 16 active factories of the total of 44 that are planned to participate in this harvest in order to exceed the result of the previous one, which only reached 1.3 million tons of sugar.

97% of the sugarcane cutting is mechanized with modern technology cane harvesters and only about 10,000 manual cane cutters will take part in this harvest, as explained this Wednesday by the state Azcuba Business Group’s spokesman Liobel Pérez.

At the end of December, 39 factories will be grinding and in January 2020 the 5 that complete the group scheduled to produce sugar in the current harvest will be added, said Liobel Pérez, quoted by Prensa Latina news agency.

Pérez highlighted how important it is that the harvested cane get to the factories with the lowest index of foreign matter, which up to now has been exceeded.

The sugar industry―which decades ago was the locomotive of the Cuban economy―is currently considered by the island’s authorities as a “strategic” sector because it provides foreign exchange with the export of sugar, alcohols, beverages and derivatives, as well as energy and others products that are linked to almost every industry in the country.

The once flourishing sugar industry has been experiencing a productive decline for several years without being able to takeoff.

The 2018-2019 harvest, which in principle had been planned to produce 1.7 million tons and thus reverse the low results of the previous ones, reached 87% of the target, affected among other causes by the lack of labor force, the loss of industrial time in the harvest and in transportation and the climatic factor.

The previous 2017-2018 harvest was marked by constant rains that brought to a standstill operations in most of the country’s factories, which advanced its closure and led to the production set at 1.6 million tons to finally be a little more than one million, similar to that of 2009-2010, the worst in more than a century.

Since the 1990s the island’s sugar industry has suffered a drastic drop that led it to touch rock bottom with a production of 1.1 million tons in the 2009-2010 harvest. The sector has so far failed to recover the results of up to 8 million tons reached at other times.