The Cubans lost their five games of the classification phase, the last one this Friday against the Angolans. The African champions were better than those from the island throughout the game and defeated them in both sets by 20-16 and 20-14, respectively. 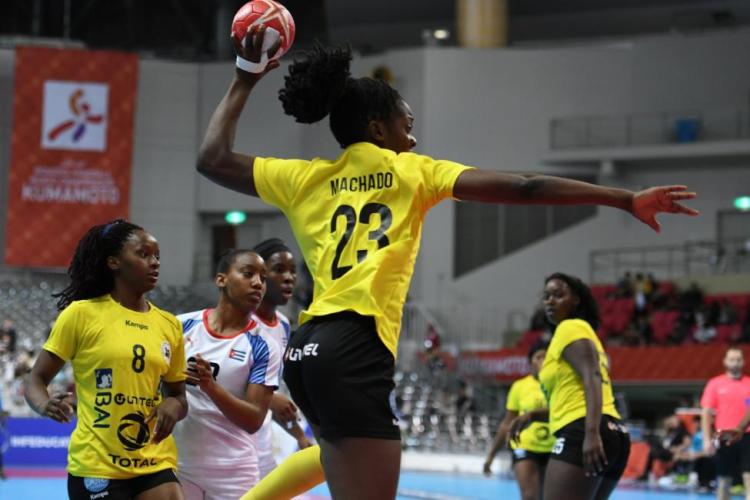 The Cubans were unable to stop Angola's offensive and received 40 goals in the last game of the group stage of the women's handball World Championship, held in the Japanese city of Kumamoto. Photo: www.ihf.info

The Cuban team lost its fifth match 30-40 to its Angola counterpart, in the final clash of the group phase of the women’s handball World Championship, held in the Japanese city of Kumamoto. In this way, the Cubans finished at the bottom of the list, without winning a single game.

The Angolans were better than the Cubans throughout the game and defeated them in both sets by 20-16 and 20-14, respectively, the Cubadebate digital site reported this Friday.

After that performance, the girls led by Jorge Coll finished last in Group A, accumulating five defeats without victories, and a goal difference of -101, the second worst among the 24 teams competing in the World Championship.

Now, the Cuban team will have to settle for a position 21 to 24 on the general table.

In the previous days of the preliminary phase Cuba fell to Norway (16-47), Serbia (27-46), Holland (23-51) and Slovenia (26-39). A poor result, but predicted since before the championship: the goal of the national team was to improve the 23rd place obtained in the 2015 event, something that is still within reach, although they could also make it worse if they finally finish last.

On December 8 they will have the opportunity to get their first win against the Australian team and, in case they win, they will discuss the 21st place against the winner between Kazakhstan and China.

Eyatne Rizo, Lisandra Lussón and Lorena Téllez, the most outstanding players of the Cuban team, will have to assume the leadership of the team to at least make up for their poor participation in the World Championship.

Rizo was the best, scoring 21 goals, and also contributed to the defense with five ball recoveries; while her teammates Lussón and Téllez distributed nine assists each in the championship.