The president reported in a tweet that the conversations were made by telephone as part of the actions being carried out for the return of the doctors. 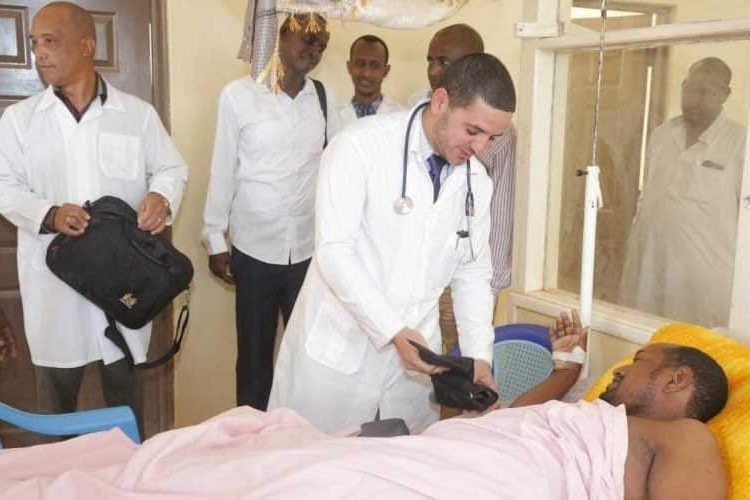 Cuban President Miguel Díaz-Canel Bermúdez spoke with the presidents of Kenya and Somalia this Friday about the two doctors kidnapped in Africa several months ago, according to his official account on Twitter.

The tweet reported that the conversations were made by telephone “as part of the permanent follow up” being carried out for the return of the kidnapped Cuban doctors.

“I held telephone conversations with the presidents of Kenya and Somalia, Uhuru Kenyatta and Abdullahi Mohamed, respectively, as part of our ongoing follow up of the actions for the return of our kidnapped doctors, Landy Rodriguez and Assel Herrera,” he said through Twitter.

In a similar tweet, Díaz-Canel had reported about another telephone conversation in April, the month in which the kidnapping occurred, without providing further details.

Previously, the foreign ministers of Cuba and Kenya held constant talks about the situation, shortly after the incident.

However, what could be the outcome of the kidnapping or what are the concrete steps of the authorities of the nations involved in the rescue of the Cuban doctors is unknown until now.

Even a group of Somali elders respected in the area tried to intercede on their behalf, with no short-term results. This is a millennial tradition according to which elders provide local reconciliation solutions.

Kenya refused to pay the 1.5 million dollars demanded as ransom, as it is not part of “that country’s government policy.”

See here all OnCuba coverage on the subject.