The former executive director of the American Civil Liberties Union spoke with OnCuba about antecedents in Miami to prevent cultural exchange. 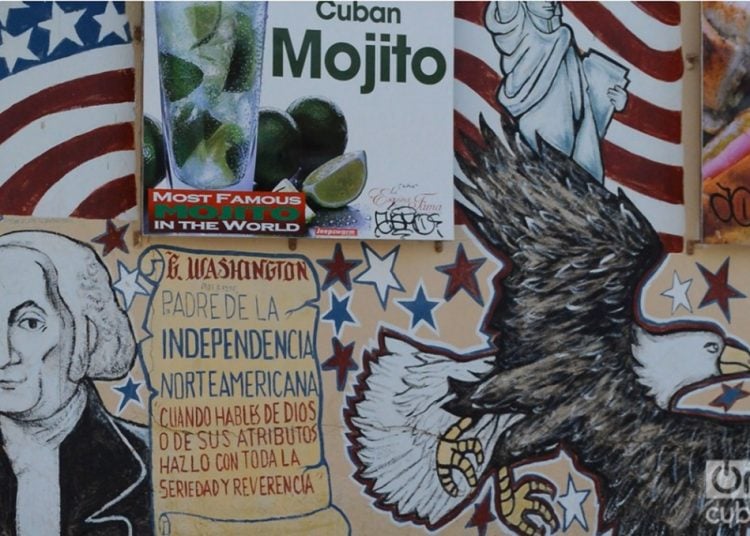 “There is a basic principle that emerges from all the years of trials against the City of Miami, Miami-Dade County and the Florida Legislature when a local ordinance was passed to block contact with the people of Cuba and impose censorship on everything related to Cuba: that principle is that Miami (or Florida in general) can’t have its own foreign policy,” Howard Simon, executive director of Florida’s American Civil Liberties Union (ACLU) from 1997 to 2018, told OnCuba.

“Unless a group is denied a visa and the federal government does not allow it to enter this country, I don’t think local authorities can block their presence in our community,” Simon said.

Even in the hypothetical case that the federal government (no longer a local authority) prohibits someone’s entry strictly because of the point of view that person expresses or represents, that can also be questioned as a violation of the First Amendment, explained Simon

But the cases related to Cuba and freedom of expression in Miami range from the attempt to censor a children’s book on trips to the island called Vamos a Cuba to the denial of academic exchange between Cuba and Florida universities at the state level, which ACLU was able to revert after the opening initiated by Barack Obama and Raúl Castro.

Simon talked with OnCuba about some of the antecedents in Miami to prevent cultural exchange, which has always been the main reason for controversy in the Cuban community because of the passions that it awakens in an exile group with generational differences.

The crux of most of these cases is that the regulations go beyond the federal law in their treatment of artistic organizations.

In the early 2000s, ACLU argued that the federal courts would find these regulations violating the First Amendment and contradictory to the Berman Amendment to the Cuban Commercial Embargo, which does allow cultural exchanges through an exception.

Simon explains that for “too many years” Miami politicians’ recourse was to contravene the First Amendment, “which protects the rights of artists and musicians to perform and the right of the people of Miami to experience art,” said Simon.

Ironically, ACLU’s attorneys say, it would be like censoring and limiting the liberties of citizens in Miami who want to have links with Cuban artists, arguing censorship and lack of liberties in Cuba.

Over the years Florida’s ACLU has been involved in controversies involving the efforts of politicians in Miami to block exchanges and artistic or cultural performances.

He added that “slowly but surely,” the U.S. courts have defended the First Amendment rights of the people of Miami and of the artists and musicians, and annulled most of these efforts.

“Attempts to censor Cuban art and music have been illegal and unconstitutional. It was also a useless effort that would have no impact on the progress of democracy in Cuba,” according to Simon.

“Censorship in Miami is no longer tolerated as a weapon to promote democracy in Cuba,” he concluded.

“Prohibiting” cultural exchange is not new

As in many legal systems, in the United States the application of the law is based not only on the interpretation of judges and attorneys, but on the so-called “precedents.” In the case of the controversial cultural exchange with artists from the island, there are several of those precedents that have ended up favoring the defenders of the exchange.

One of the most famous cases was the City of Miami’s effort to end a rental agreement and close a museum that exhibited the work of Cuban artists.

The Cuban Museum of Art and Culture had leased the building belonging to the City of Miami for several years with no incidents, until it decided to hold an auction to raise funds, which involved works by different artists who “had not relinquished the Castro regime or continued living on the communist island,” says the case document.

Due to the controversy and hostility it generated in the community, the City of Miami decided not to renew the museum’s lease and tried to evict it, but again justice voted in favor of the directors of the artistic institution under the protection of their rights in the First Amendment, where art is one more form of expression.

“The court found that the decision to punish the museum for its discourse was an abuse of the city government’s ability to act in the interest of the public. The Court ordered that the city couldn’t deny the museum the use of its premises,” the conclusions of the case reads.

In order to maintain this “clean” chain of contacts, neither could public money be used to finance projects by organizations whose members had visited Cuba in the last 10 years.

The prohibition of the use of public law enforcement forces in concerts or presentations by Cuban artists, which for the 1990s and early 2000s represented a difficulty for artists and organizers, received by both followers and by people who protested against their performances, was also part of the framework of this regulation.

In a climate where there were even bomb threats against those who thought differently in the Miami exile, 1997 was particularly hard for the realization of musical events of national and international scope, due to the implication of the aforementioned Cuban Affidavit.

In 1997 Peggi McKinley, a member of the Miami-Dade County entertainment industry Advisory Council, was fired for saying that Cuban artists should be allowed to participate in a global event to be held in Miami, MIDEM.

The case was presented by the ACLU as a violation of the First Amendment and, although McKinley was a volunteer on the job and did not get it back, it set another precedent for freedom of expression in Miami on issues such as cultural exchange.

David Bercuson, an entertainment industry attorney, was one of the organizers of the MIDEM event, which received strong international criticism for not including Cuban artists in its repertoire.

“Internationally they said that MIDEM had censored the music, because of the 1997 episode, so next year we did it in Miami Beach instead of Miami-Dade County,” Bercuson told OnCuba.

On the night of the Cuban concert at the 1998 MIDEM there was a bomb threat just five minutes before the start, so they were forced to evacuate, said Bercuson, who represents several artists who have gone to Cuba to sing or record videos clips and movies.

The Los Van Van concert in 1999 needed police in riot gear to protect the more than 2,000 ticket-holders at the Miami Arena. Because they were Cuban artists, the City did not guarantee protection. To get it done, the organizers had to pay a high sum of money.

In 2000 the organizers of the concert filed a lawsuit against the City and a judge ordered the full reimbursement of the money used for the protection of the event, where an estimated 7,000 protesters participated outside the theater.

The judges cited the lack of cooperation from local authorities as an attempt against the freedom of expression of the organizers of the concert and an abuse of power by the Miami government.

While 20 years ago a few thousand attended their concert, in 2019, in the midst of the resurgence of old Cold War policies, Los Van Van gave their most recent performance in Miami to a “full house” and without protests at the entrance of the premise.

Another of the most notorious cases in recent years in which the law intervened was the lawsuit of several cultural groups in the case known as Miami Light Project versus Miami-Dade County, against the Affidavit that prevented cultural exchange with the island, in this case on behalf of the aforementioned Miami Light Project and GableStage.

The groups had to sign the Affidavit where they swore they did not engage in transactions with Cuba or anyone linked to Cuba.

The text of the defense reads: “The stated purpose of the ‘Cuba Affidavit’ is to protest and condemn Cuba’s totalitarian regime, an admittedly commendable cause. This sweepingly broad ordinance is intended to punish Cuba, not protect the citizens of Miami-Dade County. The County, at its own expense, nobly seeks to discourage any form of trade with Cuba. Precisely for these reasons, the ordinance is outside the scope of the County’s power. “

The Affidavit ended in 2000, after ACLU won the lawsuit and federal judge Federico Moreno eliminated the Affidavit as unconstitutional and in violation of the First Amendment.

The new resolution, although it differs from the previous cases, could prevent Miami residents from interacting with Cuban artists in public places or institutions, although it would be unlikely that the majority Democratic Congress would approve the proposal.

For the time being, in times of U.S. elections, mayors, congresspersons and politicians (especially Republicans) follow the Trump administration’s hard line against everything related to Cuba and revive methods considered unsuccessful by hundreds of foreign policy experts. However, observers and attorneys agree that no county, city or state in the country can have a foreign policy different from the federal government because it would simply be illegal.