A study in Cuba corroborates the international trend: women have experienced greater psychological vulnerability during the pandemic. What can we learn from this? 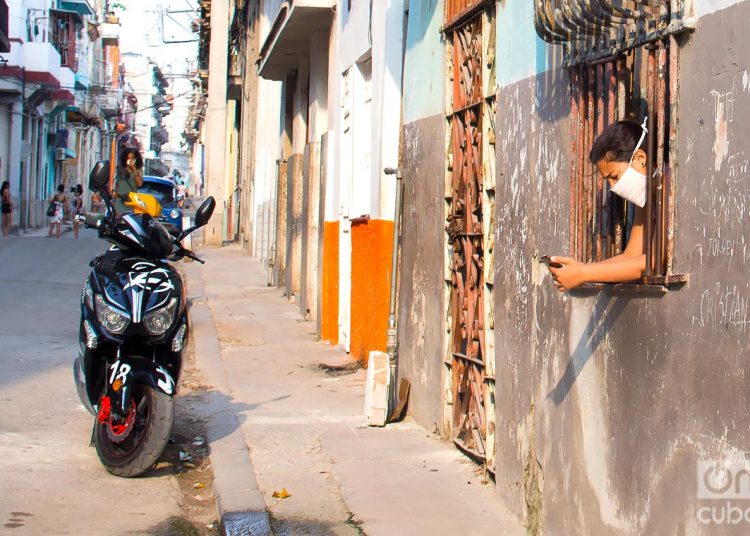 The results of the study “Gender and Fear of COVID-19 in a Cuban Population Sample“ show that women living on the island experienced significantly greater fear of COVID-19 than men. In the sample, made up of 772 participants over the age of 18, being a woman was a predictor of medium and high levels of fear of the pandemic. The information was collected through an online survey, between April 4 and May 27, 2020, when the country was in full enforcement of the containment measures to counter the advance of the disease.

Just one day after the survey’s information was collected, Dr. Francisco Durán, director of the Department of Epidemiology of the Cuban Ministry of Public Health (and authoritative voice on the development of the pandemic in the country) responded in his daily report to the question: why do more men than women die from COVID-19 in Cuba? Durán affirmed that “there is indisputably a higher percentage of men who have died in Cuba from this disease” and explained the cause: the angiotensin-2 converting enzyme, which predominates in the male sex.

In the world, gender has been ruled out as a determining factor for the spread of the disease. That does not mean that its effects are undifferentiated for men and women. The United Nations sums it up in this phrase: “The coronavirus does not discriminate against women, patriarchal gender norms do.”

In Cuba, a greater number of men died from the disease, but women were more afraid of it. What does it mean that they show greater fear?

Women and COVID-19 in Cuba

The study “Gender and Fear of COVID-19 in a Cuban Population Sample” reviews scientific evidence on the two sides of fear. On the one hand, it can be beneficial, by increasing the perception of risk and, with it, the prevention of contagion measures. However, on the other hand, it is associated with higher levels of anxiety, anger, depression, and increased risk of suicide.

“Fear is a basic emotion developed by numerous species for survival and is activated in the presence of a real danger (like a virus, even if it is ‘contained’),” explained to OnCuba Dr. Boris C. Rodríguez Martín, Doctor in Clinical Psychology and one of the five authors of the research. He adds that “the good thing about the study, which goes beyond this publication—there’s another one under review—, is that the responses were collected at various times and this allowed us to analyze how fear fluctuated in the beginning—when with the present danger it was not known what was going to happen—and in the middle of the confinement, when it was already seen that the situation in Cuba was being controlled.”

The United Nations determined three ways in which the new coronavirus has particularly affected women: in their health, in the care of the home and family, mostly in their care, and by the increase in violence against them during the pandemic.

OnCuba reflected the concerns that protection measures in the face of the crisis on the island would contribute to dismantling inequalities in care tasks, which create a second working day for women in paid jobs. Unpaid work within the home, which increases with the presence in it of all its members, continues to be romanticized as part of the gender roles assigned to women.

For its part, the increase in violence against women during the pandemic has been documented throughout the world, given that many have been confined to the same space with their aggressors.1 In Latin America, violence has skyrocketed. The situation reaches the point that UN Secretary General, António Guterres made a call “for peace in homes,” a space where women and girls should feel safer.

The relationship between violence against women and restriction of mobility during the pandemic is clear. In Cuba, at least five femicides have been registered since confinement began, four of them at home.

The platform Yo Sí Te Creo en Cuba, which created in April a protocol to accompany victims of male violence during the confinement, confirmed to IPS that, through its telephone counseling, it has accompanied 30 women, between 18 and 70 years of age, due to “physical, psychological, police, sexual violence and a case of obstetric violence.” The platform published on June 2 the complaint of the inaction of the police in a case of violence against three women in Havana, to which they affirm: “We have run out of tools and their lives are in danger.”

This is precisely why the protection of women experiencing violence must extend from the police intervention and investigation system to the judicial and reparation system for victims and their families.

However, the relationship between violence against women and COVID-19 can go beyond confinement. In March, Italian doctor Lorena Quaranta, 27, was murdered by her boyfriend, who stated as a motive for the crime that she had infected him with the virus. The respective tests showed that it was not true.

The case opens a line of discussion on the way in which certain essential issues during the pandemic, such as the exposure of health personnel to contagion, intersect with the specific violence that women experience due to the fact that they are women, conceptualized as gender violence and recognized as a global pandemic long before the present pandemic started.

It also shows the complex relationship between gender and fear of COVID-19, an angle little studied so far, as highlighted by Dr. Rodríguez Martín.

At a time when the term “gender” has been placed at the center of so many political debates on sexual diversity, sexual and reproductive rights and other issues grouped under the umbrella of that conceptual misrepresentation called “gender ideology,” it is worth remembering that it refers to social and cultural norms about female or male behavior.2

In response to the question, Rodríguez Martín acknowledges that gender stereotypes are one of the factors involved, but believes that the issue “goes further,” since “it has to do with the emotional education that men and women receive.” In his opinion, “they are barriers that must be overcome. It is not that men express their fear less, but that we have been educated not to express our emotions or not to recognize them. The phrase ‘men don’t cry’ is a good indicator of that. We are talking about differences in the cortical processing of emotions (and their expression) that began with the evolution of the species itself. There are many good evolutionary psychology texts (not to be confused with developmental psychology) that have studied these differences in depth.”

The inequalities revealed or underlined by the health crisis that has shaken daily life go deep into the social fabric. They have shown problems that go beyond the limits and focus of a situation, which can be addressed with short-term solutions. Its effects cover a wide and complex range of variables, ranging from social class, race, ethnicity and age, to gender. In this last category, the impact on women’s physical and mental health is significant.

In the case of Cuban women, a greater psychological vulnerability is included among the effects, as the study shows. Precisely, based on the relationship between gender and fear of COVID-19, some guidelines are drawn for policies aimed at building the “new normal.”

According to Rodríguez Martín, a highly necessary point is psychological support for people, focused on attending to the consequences of confinement. In this, the gender approach cannot be absent, “because men should understand that they can express their fear, that they don’t have to be tough, that they can be vulnerable and that it is functional to be afraid in the presence of danger. In fact, a person can only be considered brave if he is able to express and overcome his fear in the face of danger. Unafraid of danger, a person is not brave, only reckless.

“On the other hand, women must be given special attention due to the overload that this whole period may have caused and due to the roles they are required―and self-required―to assume due to gender stereotypes. What all of us must learn from this, is that the battle against COVID is not only fought in the field of medicine, but that psychology has a lot to contribute.”

As well as gender studies and those interdisciplinary approaches that help to unravel the networks of inequality and injustice that have been woven based on the pandemic.