How can we “participate in the construction of public policies” if they are not published? Are they secret? 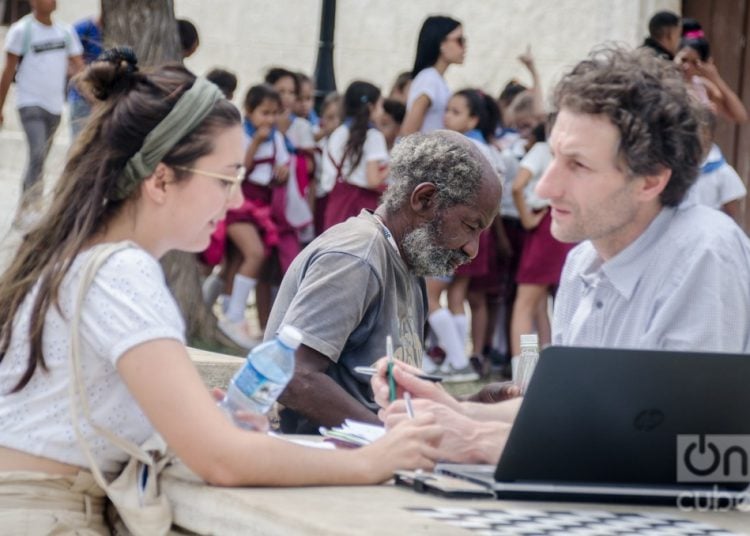 The electronic city, the intelligent city! Have we reached the future? We thus witness with amazement the increasing computerization of life in the cities. They are filling up with all kinds of sensors, GPS, cameras, which allow the public administration to monitor traffic, traffic lights, pollution, accidents, procedures, transactions…and also the citizens. These, in addition, carry their “smart” phone that makes it possible to know in real time where we are, when buses, trains, taxis arrive…we have access to infinite information, we communicate with everyone and enjoy e-commerce, e-banking, e-government….

E-government? As well? Could it be that a computer is going to govern us now? One should take care of language and not mince words. Strictly speaking, for now it is more about e-administration than e-government. Indeed, the application of information and communication technologies (ICT) to the administration of a city can significantly increase the effectiveness and efficiency of public management, particularly in providing information and services. Computerizing records, land registry, personal and institutional information, economic, fiscal and territorial information can expedite, accelerate and reduce (by eliminating tons of paper and thousands of trips) the administration’s relationship with citizens, with enterprises and, internally, between government institutions. And, with that, make people’s lives easier (at the expense, it is true, of losing privacy).

An e-government itself, on the other hand, opens up other perspectives, in particular the participation of citizens in economic, social and political management, transparency about institutions, public servants, budgets, expenses, plans, policies, accountability, citizen control, legislative initiative, popular consultation, etc. They are already major words. Indeed, technological progress can facilitate many of these activities, but nothing more than that, facilitate them. First they have to exist.

The government of President Díaz-Canel rightly insists on the importance of the computerization of society. The stirs in e-banking, the traps with GPS, the stumbling blocks with electronic cards (which, instead of expediting, usually lengthen the lines when using them), and the “e-government” also entered the Cuban public discourse.

According to the Ministry of Communications, four stages have been planned for the introduction of e-government in Cuba:

First, the presence of agencies and government with useful information for the population at the government site; then, the interaction of the Public Administration, the government and the people; later, the transaction where electronic payments are used in the procedures and services; finally, the transformation, which includes the participation of the people in the construction of public policies and in the management of the administration and government.

The first three cover what we have called e-administration and the last one would be the one that could effectively be identified as e-government.

Experiments have started with the first two. The results advise prudence and the mistakes of numerous international experiences are often repeated. All provincial governments were given “directions” that they should open a citizen portal. And so it was done. What could you aspire to in this first stage? To provide updated information (statistical, cultural, economic, political, environmental…), that questions and complaints can be formulated (and, of course, answered) and that it be possible to carry out procedures (application for licenses, permits, issuance of certificates and documents, access to records, through something similar to a one-stop window).

The advantages are obvious: speed, efficiency, saving paper and time, there are no schedules or distances…but the requirements are not so obvious. All information must be debugged, updated and digitized to be reliable, officials must be trained, the adequate infrastructure must be available and, above all, internal processes must be improved by making administrative procedures functional and consistent. If inconsistencies and confusions are not solved beforehand, the only thing that is achieved is electronic chaos, an absolutely useless digital mess.

How is the experience working in our “wonderful” Havana? It is clear that the basis of the system is the quality of the information. Let’s test the system. We would be interested to know, for example, how the city budget is structured. We enter the “HABANA MÍA” (www.lahabana.gob.cu) citizen portal, click on “ECONOMY” and we find the following text. “The government promotes transparency in its management. Learn how the budget is distributed and for what the province uses it. You can also consult interesting figures published directly by the National Bureau of Statistics and Information in the province.” Excited, we click on “BUDGET” and we stumble upon a brief: “There are no articles in this category.” (!?) We must then go to the National Bureau of Statistics and Information (ONEI). Even worse. If we enter the pages of the provincial and municipal yearbooks it turns out that…the city of Havana has disappeared! The same as its municipalities. A worthy tribute to its anniversary. Information: absolutely none.

We then enter other sections of the portal to see how the interaction stage is going. On the “STATE SECTOR” page on July 22, 2019, 43 citizens asked questions and issued complaints, but only 10 answers were counted. On the “HEALTH” page, 20 questions, only 7 answers. The most disturbing thing is that the popular participation had begun vigorously at the beginning of the year, when the portal was opened, but already in May the interventions were few…. None in June, none in July…the best way to discredit the portal and boycott the e-administration is the no answer.

But what’s most paradoxical is that in other provinces, in principle with less material and intellectual resources, such as Pinar del Río (www.redpinar.cu) or Granma (www.degranma.gob.cu), the portals work acceptably well. What can we think then of the administration of the country’s capital? It’s obvious that the limitation is neither material nor technical. The portal is there. The failure is human, lack of interest, bureaucratic compliance with the “instructions”?

The following stages are still far away. Citizen participation can continue being pure demagogy if the population is not offered the information required to be able to analyze, comment and suggest fully aware of the matter. The requirement of transparency cannot be ignored if we want to enter the complex world of e-governance. In fact, information is an essential requirement for participation, with or without electronics.

Recently, the Commission for the Implementation of the Guidelines opened the CUBACRECE portal (www.cubacrece.gob.cu), as Marino Murillo had promised a few months ago. One of the most sensitive issues and in which the population has the most opinions is that of housing. A newly approved “Housing Policy” has been repeatedly mentioned, which can be assumed to contain not only the goals to be achieved but the path to reach them. If we go to the mentioned portal to consult it, we find only the titles of the policies and a more or less brief paragraph that announces the content. But the text continues being conspicuously absent. Moreover, the Housing Policy is not included in the list. How can we “participate in the construction of public policies” if they are not published? Are they secret?

There are other aspects of undoubted complexity that should also be foreseen and addressed. E-government must be inclusive, it cannot exclude anyone and this won’t be easy. There is an exclusion due to age (not everyone is electronically literate), because of prices (not everyone can buy a smartphone or a computer or pay current data rates….), not all areas in the city have the same coverage…but all citizens have all the rights.

Transparency, efficiency, participation…three pillars of e-government that are still far away, although they have already started taking steps. Every long journey begins with a first step. Now, the important thing is not to stop. You have to defend it; you have to demand it.

Pablo Milanés: “I’m very satisfied with the public’s reception of my ‘Esencia’ tour”