Blue Diamond signed contracts to manage two new hotels in Cuba, despite the recent activation of Title III of the Helms-Burton Act. 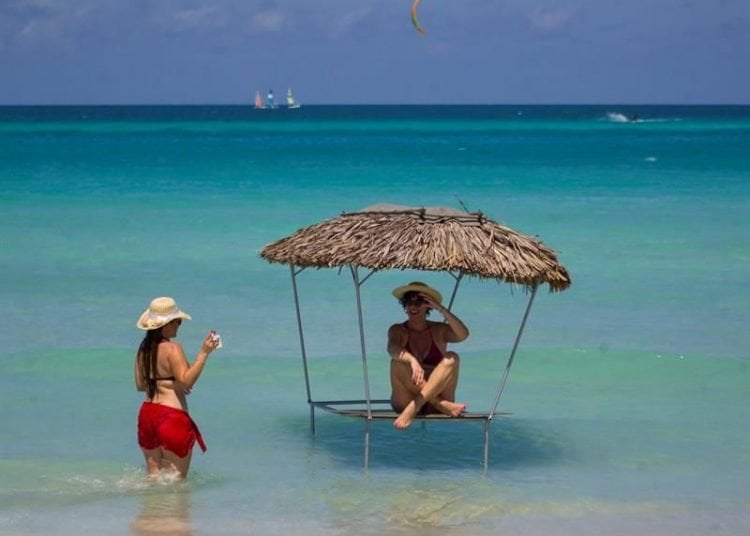 Varadero, declared by TripAdvisor as the second best beach in the world, in Matanzas. Photo: Yander Zamora/EFE.

The Canadian Blue Diamond hotel chain signed two contracts this Thursday for the management of two new hotels in Cuba, despite the threat posed to foreign investors by the recent activation of Title III of the U.S. Helms-Burton Act against the Caribbean island.

The agreement signed by Blue Diamond with the Cuban Gran Caribe hotel group will allow the Canadian company to operate a tourist facility in Cayo Coco, located to the north of Ciego de Ávila, and another in Varadero, the island’s main sun and beach destination.

The Cayo Coco hotel will have 380 rooms, and the one in Varadero beach resort will have 450 rooms, said the general director of development of the Cuban Ministry of Tourism (MINTUR), José Daniel Alonso, during the International Tourism Fair (FitCuba 2019) taking place in Havana since Monday.

Currently, Blue Diamond manages 19 hotels in Cuba, including Royalton Hicacos and Grand Memories ―both in Varadero― as well as Memories Holguin and Starfish Tropical.

The Canadian company’s agreement has taken place in the midst of the latest sanctions by the U.S. government against Cuba, in particular Washington’s decision to activate Title III of the Helms-Burton Act, which had remained frozen since its enactment in 1996.

Last May 2, the of Donald Trump administration gave the green light to the regulation that allows U.S. citizens to sue foreign companies that operate on their land or property expropriated after the 1959 Revolution, which could affect foreign hotel chains operating on the island like those from Canada and Europe.

Cuba reached this week the 2 million tourist arrivals so far this year ―from the total of 5.1 million planned for 2019― and in that period Canada remained the leading market with 624,530 travelers (+3%), a position it has maintained for years and that in 2018 represented 1.1 million travelers.

At the end of April, the country had 97 management and marketing contracts ―87 already operating hotels― with 19 foreign chains from 10 countries that manage 65% of the existing rooms on the island, according to Alonso.

The executive also said that MINTUR’s portfolio of foreign investment opportunities offers 103 international projects to international companies, 29 in the form of joint ventures (25 in hotels and 4 in theme parks), 60 hotel management and marketing contracts in new and existing facilities and 14 to operate services in marinas and recreational parks.

Tourism is the second source of income for Cuba, after the sale of professional services abroad, contributing 10% to the gross domestic product (GDP) and generating half a million jobs.

For this year, the island’s tourist authorities calculate that they will be able to collect for the first time 3 billion dollars in income.

Flora Fong and love of nature on canvas