The minister of domestic trade explained that the aim of the regulatory measures is to ensure a "fair and rational" distribution. 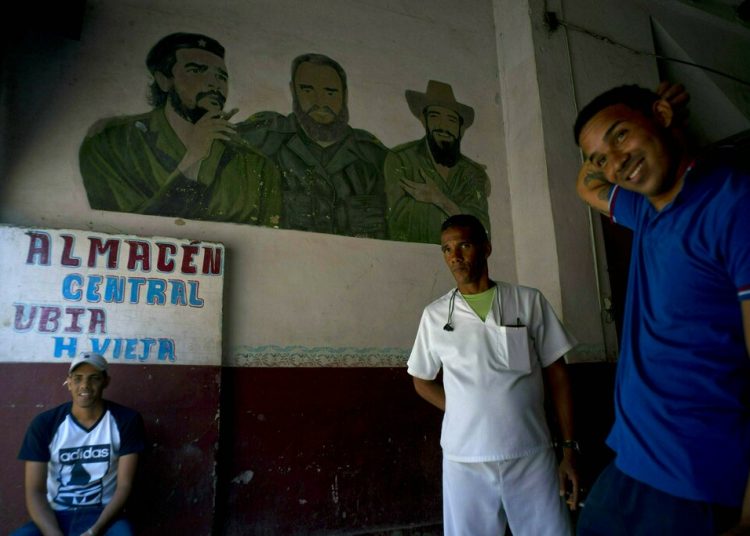 A break inside a warehouse in Havana, on Wednesday, April 17, 2019. Photo: Ramón Espinosa/AP.

The Cuban government announced this Friday the gradual implementation of measures to regulate and control the sale of food products and toiletries to avoid hoarding, due to the shortages and scarcity of supplies that has existed for months in the country’s network of retail commercial establishments

Minister of Domestic Trade Betsy Díaz explained that the regulatory measures aim to guarantee a “fair and rational” distribution of basic products such as chicken, eggs, sausages, and hygiene items, according to the official media on the island.

Díaz noted that the policy of the Cuban state is to “increasingly increase the offers,” but indicated that in the face of shortages it is necessary to “regulate and control” the sale of certain goods.

However, she said that the new provisions “do not mean that they will again be regulated products” through the “ration card” that distributes to the population several products of the subsidized family food basket.

Each Cuban adult receives per month through the “ration card” ―established since 1962― 7 pounds of rice, 4 of sugar, half a liter of oil, a package of mixed coffee, a package of pasta, 15 eggs, 10 ounces of beans and 1 pound of chicken.

It also distributes to children ―from 0 to 14 years old― 1 pound of minced meat, 11 ounces of chicken and also a daily liter of milk until they reach the age of 7.

To complete their diet, most Cubans are obliged to resort to the state network of supply and demand stores, at higher prices and with a limited variety of products, or to stores selling in convertible pesos.

The minister of domestic trade stressed, as the top Cuban leadership has already advanced, that the country is experiencing a “very complex” financial situation due to the strengthening of the embargo imposed by the United States against Cuba.

She explained that this U.S. policy has made it necessary to look for new and more distant markets and, therefore, more expensive, and this has had an impact on the levels of supply for the population.

According to Díaz, in the first quarter of 2019 there are products such as oil, eggs or rice whose supplies have remained “stable and have even increased.”

But she considered that the demand “has shot up” and in some cases “twice as much” as in the same period of the previous year, as a consequence of the lack of other products that traditionally compensated the family diet and due to the fear of a shortage of supplies, which led to excess purchases.

She specified that in the case of chicken, dependent solely on imports, its sale will continue in the “Ideal Markets” (not rationed), but in a regulated way of up to 5 kilograms per person or two packages in convertible peso stores, and she said that for the time being the sale of chicken packaged in boxes is forbidden.

These markets will also continue to offer toiletries such as washing soap and bath soap, albeit in a “regulated” way.

Products such as eggs, rice, beans, peas and sausages, until now sold freely, will start being distributed in a “controlled” way through the ration card, but with unsubsidized prices, in order to avoid “hoarding” and according to “the availability” in the market.

Regarding sales for private businesses, she clarified that once the allocations for the population have been guaranteed, products such as rice, chicken and eggs, among others, will be distributed in establishments selected for sale to private businesses and non-agricultural cooperatives.

Since the end of last year, wheat flour, oil, eggs, chicken, powdered milk and sausages, along with floor cloths, have been in short supply, and long lines are formed every time they reappear in the markets.

During a meeting of the Council of Ministers last March, Cuban President Miguel Díaz-Canel acknowledged the persistence of the shortage of basic food products and insisted on the need for greater control of economic processes that are “important for daily life.”

Cuba, with 11.2 million inhabitants, imports between 60 and 70% of the food it consumes at an annual value of more than two billion dollars.

Flora Fong and love of nature on canvas