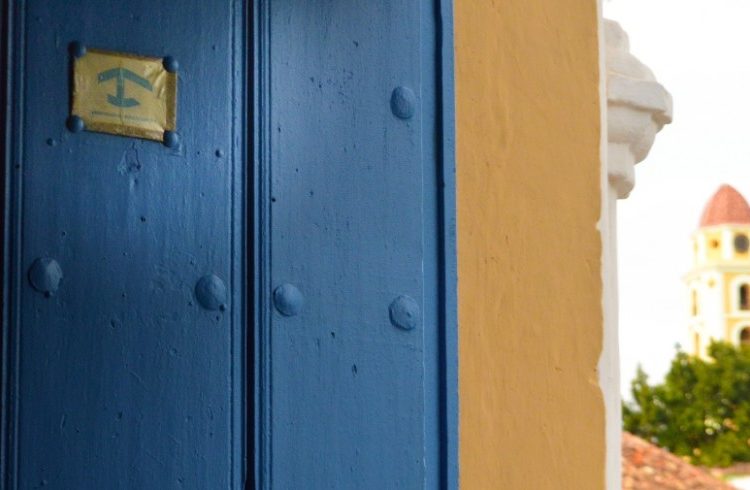 The impact of the measures announced by the Trump administration against Cuba goes beyond the sanctions against the Cuban armed forces and government. U.S. companies and citizens are restricted by them to do business and travel to the island, and this, in the opinion of analysts and politicians from both countries, also affects the Cuban private sector, especially the one associated to tourism and its services.

Among the self-employed that will suffer most directly from Trump’s measures are the owners of homes and rooms for rent for tourists, faced by a possible scenario of a drastic decrease in visitors from the United States.

Many of them offer their services on the U.S. Airbnb platform, which promotes accommodations in private houses and which has experienced a notable growth in Cuba since it got to the island in 2015.

A report by the company published in June – days before Trump announced the sanctions that took effect last Thursday – recognized that since Airbnb started operating on the island in the spring of 2015 more than 22,000 rooms had been included in the booking site and some 40 million dollars had been paid to the Cuban hosts.

The report placed Cuba as one of the markets with the greatest growth and the ninth most popular on Airbnb for Americans, before Australia, Germany, Holland and Thailand, among other countries.

According to an article in The Hill published this Friday, around 35 percent of Cuba’s Airbnb guests come from the United States.

It is true that Americans are not officially authorized to come to the island as tourists, but the rapprochement with Cuba promoted by the Obama administration and the relaxing of the travel ban under 12 categories authorized encouraged the visits in the last two years.

The authorization of commercial flights from the United States to the island also contributed to this.

This growth created a competitive scenario in which different enterprises have attempted to benefit from the increase in trips and that, in the opinion of The Hill, turned Airbnb into one of the principal beneficiaries of “Obama’s relaxing regulations.”

However, Trump’s arrival to the White House set off the alarm of the travel and tourism industry, especially after the June announcements in Miami. Like other companies, Airbnb decided to not cross its arms.

To not lose the ground gained

Ever since the Trump administration declared its position toward Cuba, Airbnb launched an “ambitious lobbying campaign” this summer to minimize some possible restrictions to travel to the island, according to The Hill.

The principal concern was the change of individual to group trips, a model much more difficult to accommodate for the type of accommodations promoted by the company.

To counteract this possibility, Airbnb created a new domestic team that dealt with the issues and spent a quarter of a million dollars in six months. The company had previously only hired foreign firms to put pressure on its behalf, but it started to expand its presence in Washington when it started lobbying about Cuba for the first time.

Figures published by The Hill point out that between April and June 2017, even before Trump’s first announcements about the policy change toward Cuba, Airbnb spent 160,000 dollars to lobby about aspects that could be included in the Executive Order the president was planning to announce.

Meanwhile, between July and September, when the National Security Council (NSC) and other government agencies were in the process of implementing Trump’s orders, the company spent some 90,000 dollars to pressure about the final measures toward Cuba, among other issues.

According to the publication, the company’s strategy was to educate those responsible for policies about how the platform works and to highlight how the collaborative economy has benefitted the Cuban people.

When the measures finally came to light, they finished including a provision that allows Americans to book private accommodations like those included in the Airbnb platform, although they ratified the announced elimination of the individual “people-to-people” trips, which until now had become into one of the most popular ways of visiting Cuba.

Attracting a great amount of U.S. visitors to the island due to the possibility of traveling independently is accredited to this category, established under the mandate of Barack Obama, and that is why it was in the sight of the Trump administration ever since the possible restrictions were managed.

However, according to The Hill, the White House’s struggle to balance the offensive promised against Cuba with the interests of U.S. companies left an open door for Airbnb: the category of “support for the Cuban people.”

The two sides of what is allowed

When the Trump administration made known last Thursday the details of its new policy toward Cuba, almost five months after the president ordered the agencies to draw up the new regulations, the expected restrictions for individual trips to the island were confirmed.

In the specific case of the category of “support for the Cuban people,” it continues being authorized, although with preconditions that restrict the facilities allowed for individual “people-to-people” trips.

As The Hill comments, a summary page of the new regulations points that renting a room in a Cuban private residence (private house), eating in Cuban private restaurants (paladares) and buying in private shops managed by private Cubans (self-employed) can now count as support for the Cuban people.

However, the publication notes, U.S. travelers who avail themselves of this category must commit to an additional support for the Cuban people’s activities, such as humanitarian purposes and assistance to human rights, in order to meet the requirement of a full-time schedule.

Even so, that possibility was seen as good news by Airbnb and the private hostels and houses that use the travel booking site.

In a communiqué, Airbnb pointed out to The Hill that it had been founded under the belief that traveling helps bring down barriers between persons and countries and contributed to a greater understanding of the world.

It added that they appreciate that the hosts continue having the possibility of sharing their space and that the guests can continue visiting the island. It said that the hosts in Cuba have received guests from all over the world and these regulations will allow Airbnb to continue supporting private Cubans who share their homes.

However, the Cuban authorities have shown wariness concerning the category of “support for the Cuban people,” to which they attribute a “clear political intention.”

In statements after the announcement of the new measures, Josefina Vidal, director for the United States of the Ministry of Foreign Affairs, commented that starting now the Americans who come to the island through that category must meet a full-time schedule of activities that implies, following the U.S. government’s patterns, “supporting those who they define as civil society and promote their independence from the Cuban State.”

The coming into force of the sanctions coincides with the start of the high tourism season in Cuba, after the recovery of the principal installations after the damages caused by Hurricane Irma.

Despite this and the Trump administration’s restrictions – which include some 80 hotels, five marinas and two Cuban travel agencies – the island’s Ministry of Tourism expects to close this year with the previewed 4.7 million visitors.

What’s missing are the statistics in coming months to find out about the effects of the measures on the arrival of Americans and the direct impact for Airbnb in Cuba.