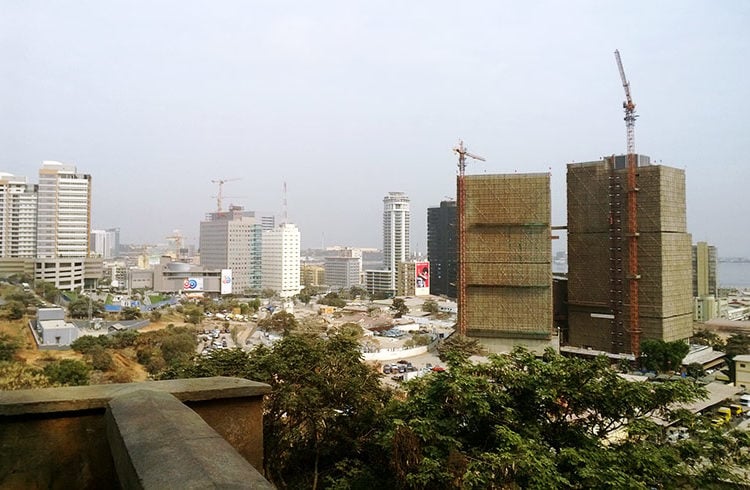 Although relations between Havana and Luanda are some decades old, economic and trade ties seem to have strengthened more recently. This can be inferred by the mutual visits by officials, and the president José Eduardo Dos Santos last June; and the cooperation documents signed and the growing presence of Cubans in that country.

Currently there are more than four thousand Cubans working there, mostly in education and health. It stands out that, in addition to those arriving by a state enterprise, others travel on their own initiative, in search of employment opportunities and higher wages. Unofficial estimates have about six thousand of these “entrepreneurs.” 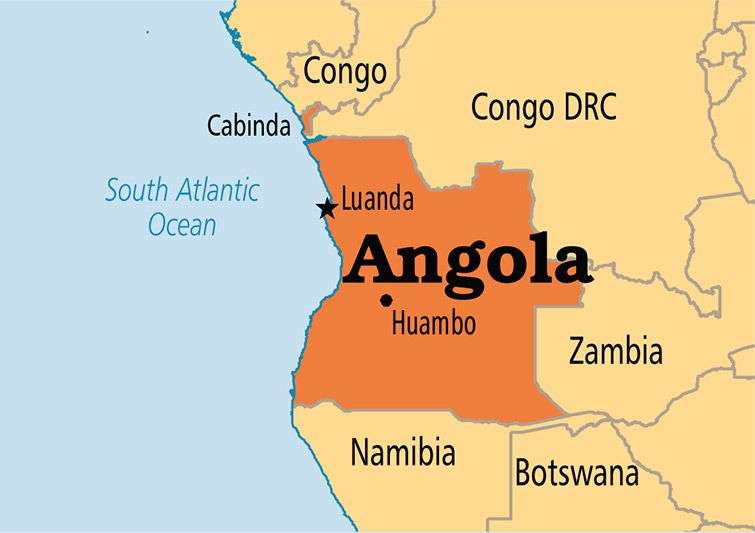 Meanwhile, the operations of the sub-Saharan nation are noted here as well, especially with Angolan Airlines (TAAG), the only company with direct flights between the island and Africa; and the oil company Sonangol, which has signed a contract for the exploration at risk in the Exclusive Economic Zone of Cuba in the Gulf of Mexico. Tourism on the island also has investment potential.

All this occurs in a context of relative economic prosperity, evident for several years in that country, which in turn attracts international attention. The market profile developed in 2010 by the Center for the Promotion of Foreign Trade and Foreign Investment in Cuba (CEPEC) says: “Angola is a destination to consider carefully. The context of political stability brought about by the peace, the reconstruction process, improving the legal framework for investment, the creation of the National Agency for Private Investment (ANIP) and the incentives it offers have generated renewed interest in the country.”

“Angola, new star for Africa” that is how the website El Exportador called it two years ago. Today the country varies as the fourth or fifth world´s largest producer of diamonds, and the entry in 2007 in the Organization of Petroleum Exporting Countries (OPEC) validates its first place in this area on the mainland, after passing Nigeria a few months ago; to the point of becoming the main supplier of oil to China.

Being part of the World Bank and the International Monetary Fund (IMF) strengthens its global insertion. It does it in such a way that the country is running as a non-permanent member of the Security Council of the United Nations during the 2015-2016period.

Until late May ANIP initiatives approved investment of 500 million dollars, which highest amounts are for civil construction, telecommunications and hospitality. Even so, foreign capital continues to go en masse to the extraction of gold, iron, copper and other minerals. In the list of investors are included China, Portugal, Namibia, Germany, South Africa, Italy, USA, Holland, Belgium, Israel and France. That CEPEC document qualified Angola as “one of the economic engines of the region and a preferred destination for international investment.”

However, this growth is heavily burdened by the legacy of colonialism and war. As in the rest of the continent, low levels of human development and quality of life are almost chronic problems. Then, the government has proposed the creation of infrastructure, improve health services, education, water and electricity, and increase jobs. They also seek to diversify the productive activity branches such as agriculture, industry and fisheries, in order to correct the structural distortions due to the “resource curse”.

In this process of “nation building” Cuban participation is inserted with qualified professionals, experience, recognized social progress, and the guarantee granted by the traditionally good political relations. 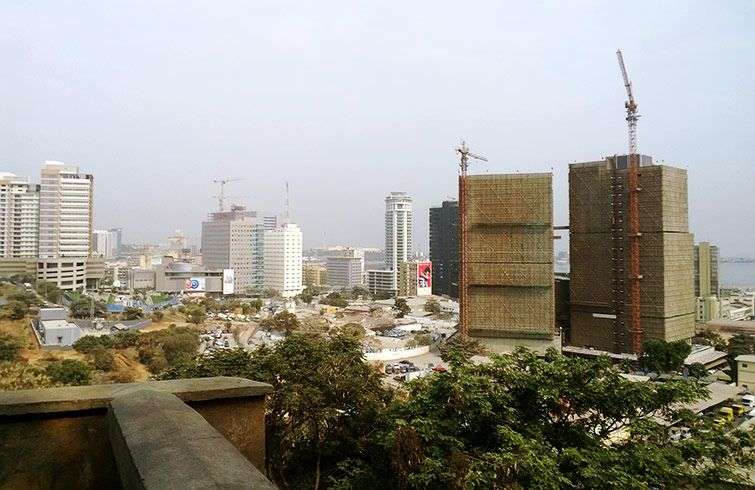 You scratch my back and I’ll scratch yours

The visit to Cuba of President Dos Santos in September 2007 is the closest antecedent in this stage of collaboration. Subsequently, the two times that Raul Castro traveled to Angola, both in 2009 and in the most recent time, each of those days ended with the signing of agreements to continue and increase the exchange. Other authorities, including Vice President of the Council of Ministers, Ricardo Cabrisas and Foreign Minister Bruno Rodriguez, crossed the Atlantic for business meetings at high levels.

Some figures show how these intentions have materialized. According to Prensa Latina last August, four thousand 602 Cubans are assisting in Angola, of which 1,400 are teachers and 1,800 doctors, in 70 municipalities. The anti-vector program launched with Cuban assistance, has reduced to more than half the deaths from malaria. Water, rural electrification, agriculture, veterinary services and energy are other areas of cooperation.

Among the doctors it is said that this is one of the best paid missions. On salary differences between city and countryside, the specialties of each, and the specific hospital where they are located, have influence. “The living conditions were quite risky sometimes; work is very different from here. Some diseases are known and dangerous, other unknown and dangerous, “says Orlando Sanz, first-degree specialist in internal medicine who spent two years in Luanda.

The Angolans that became literate in the framework of cooperation are more than 700,000 to date, and in a few months is expected to reach one million. One thousand 779 young people in this country enrolled in colleges in Cuba. Angola, South Africa and Chad are African nations have sent more students this course to the Latin American School of Medicine (ELAM) on the outskirts of Havana.

Cuban experts have led the repair of roads, bridges, airports and water projects in several provinces. The offer by Albet, company marketing productions at the University of Information Sciences (UCI) and others, as well as academic services Petroleum Research Center (CEINPET) are present there.

Virtually all of these operations are performed through the Corporación Antillana Exportadora (ANTEX S.A.), a company created in 1989 with the task of administering and representing various institutions in business in Angola. ANTEX provides engineering services, higher education and management consulting, but also works in tourism and health.

On the other hand, the Angolan presence on the island shows the reciprocity of interests. In 2015, a year after the initial estimates, the oil company Sonangol should begin early drilling in Cuba’s Exclusive Economic Zone in the Gulf of Mexico, where it has retained the M23 and N33 blocks. Manuel Bessa Teixeira, manager of the company, told reporters from his country last May that there were ongoing pre-drilling studies.

Since 2009, TAAG fleet links Luanda and Havana, first biweekly flights, and weekly from last year. Reducing the time between trips confirms the increasing number of travelers, in addition to being the only airline with direct route between Africa and the Island is an undisputed market advantage.

“It is TAAG’s interest to keep Cuba as a major destination in the Caribbean, thus strengthening the friendly relations that have traditionally existed between the two countries,” said Teresa Bravo da Rosa, company representative on the island.

The Angolan participation in the International Tourism Fair 2014 FitCuba proposed exchanges of experiences between experts of the two countries, increase business contacts and provide information and support its entrepreneurs to invest in this area. At present several projects are being approved by the Ministry of Tourism.

During his last visit, the Angolan president toured the Mariel Container Terminal, and according to media reports, was interested in the mechanisms established under the Special Development Zone for the settlement of any disputes, and how the goods and services produced there will impact the national economy. Upon arrival in Havana he had already expressed their willingness to “collaborate and further improve these relationships, so that they have a big impact on improving the lives of our peoples.”

Accompanying him were the Ministers of Energy and Water, Baptista Borges; Transport, Augusto Tomás; Finance, Armando Manuel, and Construction, Waldemar Alexander. On that occasion, the Angolan foreign minister, Georges Rebelo and Vice President of the Council of Ministers, Ricardo Cabrisas signed a memorandum of understanding on the allocation of new public works and civil construction, for the 2014-2017 periods.

Chinese, Arabic, Vietnamese, Spanish, Portuguese, Brazilian, Cuban. People all over the world is going to Angola in search of opportunities, both workers and professionals, and entrepreneurs. A country with plans of growing demand financing, know how … that can come from almost any cardinal point.

Ernesto Lugo traveled as part of a team of engineers and architects, the idea of ​​”improving” and starting carving a path. “The advantages and disadvantages are the same for all leaps people have always taken: seek his fortune, see other things … it’s a mixture of adventure and youth.”

Cubans who arrive in Angola outside the governmental agreements generally earn more than those who are on state payrolls, but their wages are often unstable and have no health coverage, food, security, etc. This can become a problem, considering the incidence of disease and high prices. Since 2011 Luanda tops the world’s most expensive cities, according to international consultancy Mercer.

Apparently, there is a tendency for those who have completed mission then return on their own. “We are been hired, not because we are the best, but because I believe that we are reliable staff and with needs. While yes, the vast majority are serious, qualified professionals, who have the base. There work is not as complex from a technical point of view, but the circumstances, “Lugo said.

At least two conclusions emerge from this phenomenon. Angola operations help diversify foreign trade relations of Cuba, very concentrated in its three main partners: Venezuela, China and Spain. In addition, the consensus that formed the human potential is one of the fundamental resources of the country is confirmed. In any case, it is not about “saving Angola” but mutually participating in the national development; under the “golden rule” of any business, it is beneficial to both parties.