The Cimex corporation announced the new prices, in pesos, for the wholesale of fuel to private carriers and the state sector through the use of debit cards. 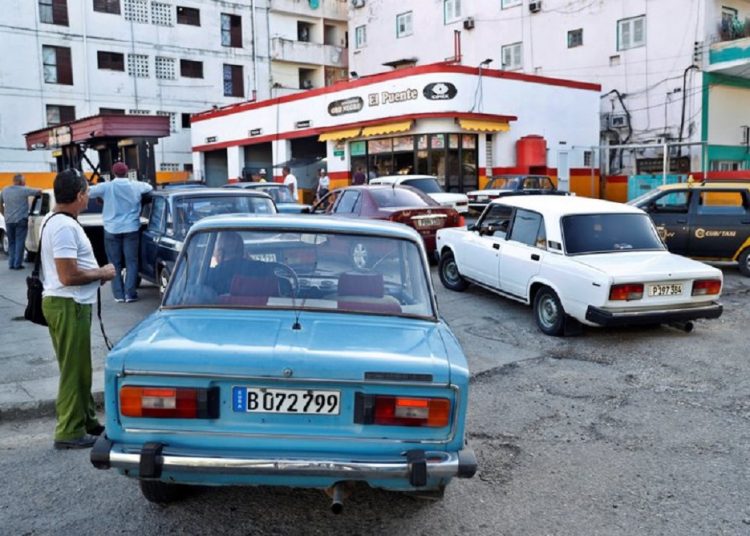 As part of the process of monetary and exchange rate unification, in force since the beginning of this year, as of February 1 Cuba will sell fuel at a differentiated price to private carriers and the state sector.

A note published on the website of Cimex—the state corporation that markets fuel on the island—announced the new prices, in Cuban pesos, for self-employed workers who provide “regular” cargo and passenger transportation services, or both services through the use of debit cards.

From now on they will be subject to the provisions of Resolution 350 of 2020 of the Ministry of Finance and Prices, regarding wholesale fuel prices.

Fuel may be purchased at gas stations by private carriers that are holders of a Transportation Operation License (LOT), states the Cimex note reproduced by the state media.

In Cuba the convertible peso (CUC)—parity with the dollar—and the national peso currency (CUP) circulated until the government launched on January 1 the application of the so-called “monetary reorganization” process.

This measure implies the monetary and exchange rate unification with the gradual withdrawal of the CUC from circulation and the consolidation of the CUP as the single currency, with an official exchange rate of 24 Cuban pesos for one dollar.

The monetary unification is accompanied by a reform of increased wages in the state sector and in pensions, a considerable reduction in subsidies, and an increase in food prices on the ration card, transportation, legal procedures, postal services, water and electricity.

But with wages, prices also increase in a generalized way and most of the state subsidies for basic products and services disappear to offset the impact of the devaluation of the CUP in the state sector, for which imports are now becoming more expensive.

Until this Sunday the price of a liter of regular gasoline was 25 pesos (1 dollar) on the island; the special, 30 CUP (equivalent to 1.20 dollars), while the liter of diesel cost 25 CUP (1 dollar).