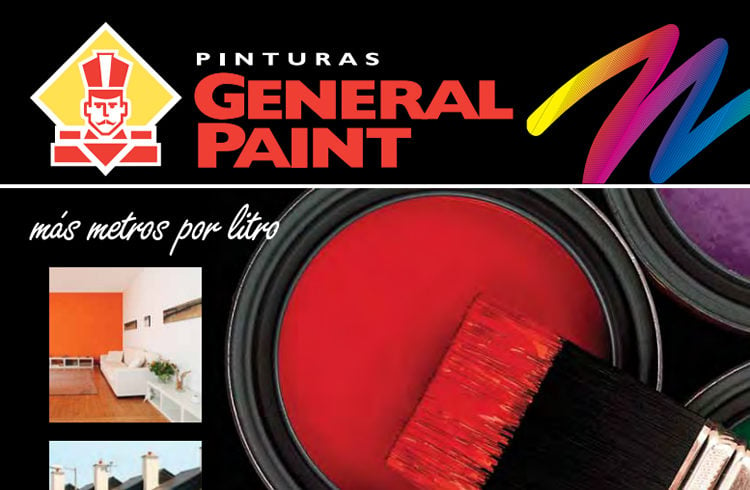 In a communiqué, the Mexican Ministry of Foreign Affairs announced that the plant will produce paint for domestic use, as well as anti-corrosive paints for industrial use, both for the Cuban and the international markets.

Also this week, a new interparliamentarian meeting was held between Cuba and Mexico, with the participation of 20 senators and 10 deputies, the Mexican Minister of Tourism, Claudia Ruiz, and a high-ranking official from the Bank of Mexico.

In statements previous to the meeting, Senator Mariana Gomez said that the new situation in Cuba is opening new opportunities to expand business ties, and she mentioned Mariel as one of the potential areas for development.

This is a case in which government plans coincide with business interests, which will give current and future Mexican partners more capacity of operation.

It had been announced two months ago, during a bilateral business meeting, but now it is a fact: the Spanish Development Funding Company (COFIDES) opened a new line of loans for investment initiatives in Cuba, starting with an initial amount of 40 million Euros, a figure that could increase depending on the needs of the Spanish companies that decide to use this option.

There will be two groups of loans: one for projects in the Mariel Special Development Zone, and another for commercial and production establishments in other parts of the country.

Loans will be granted in amounts ranging from 75,000 to 30 million Euros.

Access to loans is critical for the Cuban economy and foreign relations, especially due to U.S. embargo regulations and the unavailability of financial institutions such as the IMF and the World Bank.

This move from Spain is, therefore, good news, as a new option now along with loans from Brazil and China.

The 12th Havana Biennial concluded in Cuba not only as a cultural success but also as an event that contributed to invigorate the domestic economy. The people who worked as guards at the Zona Franca collateral exhibit were paid 100 CUC (some $120 dollars) for the services provided from May 22 to June 22. Although the figure may not seem as much in other countries, it is way higher than the national average wage of 584 pesos (24 dollars).

Similar salaries received the people who worked at the Behind the Wall exhibit, at the Malecon seawall.

Designers and stand builders completed the list of parallel workers who found job opportunities at the cultural event, which, like the Havana International Business Fair held every year in November, is an additional, though temporary, source of income for a few in the country.

One Year from the Foreign Investment Law

In June 2014, deputies at the National Assembly (Cuban Parliament) passed Act 118, which reshaped the scope of foreign investment on the island. This gained more significance in the light of the announcements made on December 17 regarding the possible re-establishment of diplomatic relations between the United States and Cuba.

Around those days also, the Mariel Special Development Zone reached its first year of operations. The project is the one that has attracted the largest number of investors, as was to be expected if we take tax incentives and other advantages into consideration.

Foreign investors still have doubts about Cuba, regarding issues like the dual currency, the low building capacity of the country, and its deficient chains of logistics.

The list of advantages includes the renegotiation of Cuba’s external debt, the talks with the European Union, and the rapprochement with the United States.

Ministry of Economy and Planning Marino Murillo informed that the GDP had increased by 4{bb302c39ef77509544c7d3ea992cb94710211e0fa5985a4a3940706d9b0380de} by the end of the first semester of 2015. Commerce, construction, sugar and the manufacturing industry were the sectors that experimented the highest growths. The main deficits were in the areas of storage, communications and transportation.

The figure is reassuring, especially if we analyse the trend to deceleration of the previous years. We´ll keep an eye on the remaining six months. 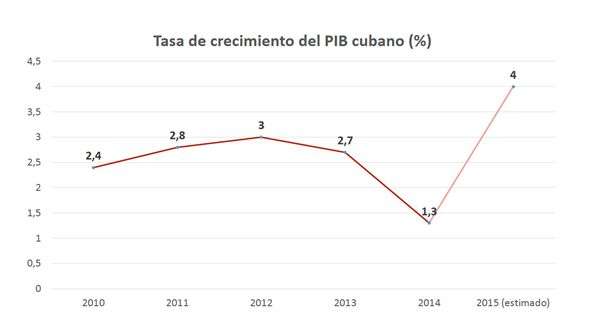