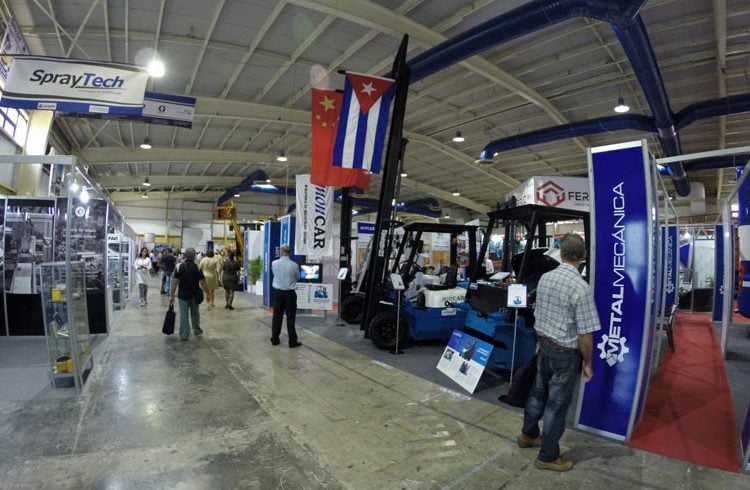 Cubans with work links to foreign investment are paying personal income taxes since April. The first tax paid was that for this month, according to what is stipulated in Law No. 122 of the State Budget for 2017.

In its Article 78 the law established the tax “for workers in the foreign investment sector who receive monthly wages starting 2,500 pesos (2,500.00 CUP)” and set the fourth month of the year as the date to pay it as stipulated.

For its application, the Ministry of Finances and Prices (MFP) issued a resolution last April 20, published in the Gazeta Oficial, which establishes the terms of the taxes. According to it, those who earn monthly incomes of between 2,500 and 5,000 CUP (100 and 200 CUC respectively) must pay 3 percent of what they earn, and those earning more than 5,000 CUP will pay 5 percent.

Payments according to results and incentives for economic efficiency are included for the tax calculation.

This means that workers who adds up, for example, the minimum amount established of 2,500 CUP, will pay that month 3 percent of that figure for their personal income: 75 CUP. Meanwhile, someone who earns 5,500 CUP will have to pay 5 percent: 275 CUP.

As to the form of payment, the MFP resolution established that the personal income tax regulated in this Resolution “is paid through the system of retentions carried out by the entities that make the referred payments every time they pay.” This will be done “within the first 10 working days of each month, for the total of the income taxes for the previous month, as it appears in the payroll registry.”

The aforementioned is based on the fact that Cubans cannot be hired directly by foreign companies that invest on the island, but rather through state entities authorized to supply the workforce to the foreign capital companies.

As compensation for the monthly payments, the resolution stipulates that the workers who pay that tax “are exonerated from presenting the sworn statement for its liquidation and annual payment.”

The MFP also established that when “the amount of the worker’s wages is less than the amount to be retained for the personal income tax, the retention is practiced up to the limit of the amount earned by workers and the difference is registered as  their debt to the State Budget.”

In the face of a situation like the previous one, the employment entity can, in an exceptional way, sign a payment agreement with the workers, which must be reported to the National Tax Administration Office (ONAT). Moreover, “the company maintains the responsibilities for the management, charge and contribution to the State Budget of the difference registered as the worker’s debt, which it will retain together with the retention of the taxes in the subsequent periods.”

As established, the tax of the workers linked to foreign investment does not affect “the sums that back the credits in favor of relatives for the collection of money for food.”  In the specific case of the holding of more than one job, the resolution establishes the possible variants, depending on its being exercised by the workers in one or several entities.

As Law 122 of the State Budget already had established, “the workers hired by entities authorized to supply workforce to concessionaires and users that established themselves in the Mariel Special Development Zone” is not provided for in this regulation. These workers will continue paying that tax as arranged according to what was previously approved by the MFP.

The new personal income tax for those working in the foreign investment sector was anteceded, in October 2014, by the start of the payment by these workers of the Special Contribution to Social Security, as long as they had been benefited by a wage increase of more than 200 CUP. A type of tax of up to 5 percent was established for this.

By then several state sectors were already contributing to Social Security. It was the case of the business perfecting entities, the enterprises of the platform fisheries fleet, education and health workers, workers of the Controller’s Office and the courts.

In October 2016 a new model started being applied in the state enterprises for the payment of taxes. Starting then the other Cuban workers began paying the Special Contribution to Social Security as well as personal income tax, in the case of those who earn more than 2,500 CUP a month. This tax is paid through discounts, without the need for a sworn statement, since it is the same entity that retains the amount to be paid by each worker.

The payment of taxes is established by Law 113 of the Tax System, approved in 2012. The same establishes taxes for different aspects, among them those for property, profits, sales and services, social security and personal incomes. When these taxes began they were mainly associated to self-employment and private property but they have gradually been incorporated to the state sector.