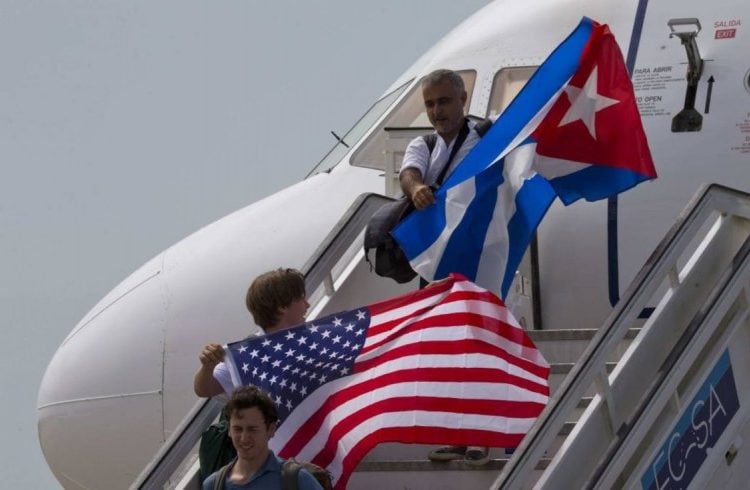 A bill presented past Thursday in the Senate would put an end to the restrictions for U.S. citizens to travel as tourists to the island and would eliminate the obstacles to the travel-related banking transactions.

Cosponsored by Senators Jeff Flake (R-Arizona) and Patrick Leahy (D-Vermont), the proposal is called Freedom to Travel to Cuba Act and has the backing of a bipartisan coalition made up by 55 members of the U.S. Senate.

The legislation, already presented unsuccessfully in Capitol Hill in 2015, is now being reintroduced with greater backing that guarantees a Senate majority, at a time in which the Trump administration is making a thorough review of the Cuba policy.

However, in order for it to be sanctioned as an act, it must be approved by the Republican majority Congress.

In the presentation of the bill, Senator Flake affirmed that recognizing the inherent right of U.S. citizens to travel to Cuba is an expression of freedom.

“Lifting the ban on U.S. citizens traveling to Cuba can pave the way to meaningful change by increasing contact between Cubans and everyday Americans, and it is certain to have positive benefits for the island’s burgeoning entrepreneurial and private sector,” he added.

Meanwhile, Senator Leahy commented that “a bipartisan majority of the Senate agrees that the federal government should not be telling Americans where they can or cannot travel, especially to a tiny country just 90 miles from Florida.”

In his opinion, although it does not lift the economic embargo on Havana, the act would strike down restrictions that are “a failed vestige of the Cold War. The travel ban is neither justified nor in our national security or economic interests,” the Democratic lawmaker stated.

Regarding the bill, James Williams, president of the Engage Cuba coalition, said that the joint work between Republicans and Democrats is incomparable in today’s polarized political environment. Williams applauded Senators Flake and Leahy for their leadership and highlighted the progress the act represents by opposing archaic policies.

Until now U.S. citizens can only travel to Cuba under one of the 12 categories authorized by the Obama administration, among them professional and people-to-people exchanges, family visits, official and humanitarian trips and journalistic coverage. However, they cannot do so as tourists.

Despite this, visits by U.S. citizens and residents have multiplied in the last two years. In 2016 more than 284,000 U.S. citizens traveled to Cuba, which together with the Cuban residents in that country amounted to a total of more than 614,000. The first quarter of 2017 has maintained the growth tendency.

Last week, more than 40 travel companies and associations asked President Donald Trump to increase trips to Cuba instead of reversing them. In a letter coordinated by Cuba Educational Travel, the signatories recognized that the increased visits have had “a significant impact” on their businesses and the U.S. economy in general, while they have contributed to the growth of the Cuban private sector and the links with the island’s civil communities and organizations.