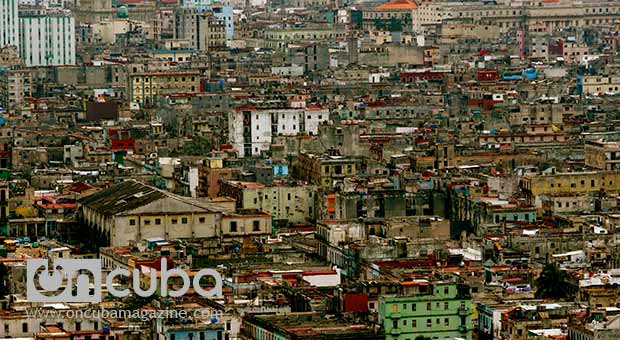 Havana is undoubtedly the main destination of the real estate market in Cuba. It shelters about 19% of the population residing in the country and 18% of the lodging capacities. In addition, it is the economic, political and social core of the nation and the principal target of domestic migration.

In an analysis of more than 15,000 buying and selling online adsall over the island, more than 82% of sale ads and 89% of buying interests were related to Havana. These figures confirm Havana’s superiority as the leading actor in this market.

Thus, for all those interested, the average value of a house in the capital city is 24,000 CUC (Cuban convertible pesos), which makes it the most expensive province in the country. Nonetheless, this value doesn’t apply in all its municipalities; in fact, there is a huge contrast in prices depending on locations.

This contrast allows identifying two areas according to the values registered in the real estate market. In municipalities such as Playa and Plaza, average values duplicate the prices established in the rest of the territory. In the remaining municipalities there are three groups regarding their average values and number of offers, though in this case the limits between one another are easily observed.

The lowest offers are found in the outskirts of the province, where there is less urban development and therefore lower economic and cultural impact.

In the medium range, there are municipalities with known residential areas, spaces with a history, and that are relatively well connected to other territories of the city.

Now, buying a house in Playa or Plaza presupposes a considerably higher disbursement than in the rest of Havana. In these areas people not only pay for a comfortable house in good conditions, but they aim at living in a place with more economic, political and cultural development, with a great affluence of tourists and better access to public services. Usually, the main objectiveof purchasing a house in these municipalities, though not exclusively for them, is to set a business in the self-employment sector with better chances of success.

Most people long for an independent house; however, due to their high prices, apartments end up being a more suitable and frequent solution. Yet, this isn’t buyers’ unique concern. Logically, the conditions, characteristics and construction quality of the building are also essential elements to consider.

In a significant number of ads we found the term “capitalist construction” to stress or differentiate the construction quality of the house in contrast with those built with the Revolution. The average prices of such houses is substantially higher than the average price in the capital and the difference is even higher if compared with neighborhoods built during the Revolution as for instance Alamar or San Agustin. Hence, paradoxically, a house built before 1959 is more expensive than one built more recently.

All these elements favor the emergence of a luxury sector clearly identifiable in Havana’s real estate market, where at present there are 700 houses on sale for 100,000 CUC or even more –in fact, there are 9 valued in 1 000 000 CUC and more. Even though in every municipality there are similar offers, the highest numbers of ads goes to Playa (260) and Plaza (177). The difference is such that there are even neighborhoods where the average value of a house is above the 200,000 CUC.

The difference between neighborhoods is so high that in the near future, if not already, one might hear about “suburbs” and “poor neighborhoods”. This behavior of the real estate market in Havana might worsen –or even accelerate– social differences with the emergence of these “suburbs” dwelled by people with enough purchasing capacity to afford these houses. Who will the “poor” be? Who will the “rich” be?

These are just a few elements that stand out within the complexity of the real estate market in Cuba’s capital city. Havana’s real estate market, inserted in the national market, shares its main characteristics, but imposes the rhythm and norms for its evolution, a tendency that will continue in the near future and that demands a proactive approach by the State and the Civil Society in view of the structural and social problems that are already foreseen.