The list of activities prohibited for the private sector includes some whose limitation is totally justified in the context of the socialist system that must be preserved, however, it includes others that don’t seem to be justified economically, socially, or politically. 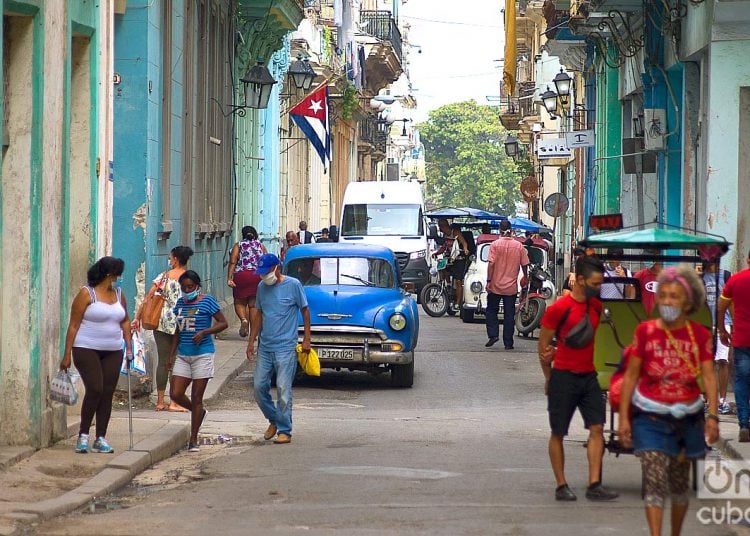 As I have commented previously, I believe that the expansion of spaces for the exercise of self-employment is a step in the right direction of the economic reform under way in Cuba, this includes, on the one hand, the principle that each project proposal will be assessed for its approval with a broad criterion, and on the other hand a list, which has just been announced, of some 124 activities that are prohibited. I would like to share some general comments from reading this list, although in order to express a more rigorous opinion, the activities included would have to be analyzed one by one. The first thing that I think is necessary to point out is that the criteria used for the inclusion or exclusion of the different activities in these prohibitions are not clear or explicit. This seems to me of the greatest importance because it would allow a more accurate, conceptual and coherent discussion in this regard.

From a first review and taking into account that the official classification criteria are not exposed, in my opinion there are activities whose limitation is totally justified in the context of the socialist system that must be preserved, others whose inclusion has to do with the specific context of aggression suffered by the country and that could change in the future, however, other activities that don’t correspond to either of the two previous criteria are also included.

I have always said that the reform must have socialist guarantees, on other occasions I have expressed that socialism is not the suppression of the market, nor the total suppression of private ownership, it is the suppression of the hegemony of capital and that obviously supposes certain limits to the growth of accumulation (ownership of fundamental means of production) and its forms—I am not referring to the well-earned wealth resulting from work in any of its variants—and, of course, it also means upholding the guarantee of free and universal services such as education, health, social security and national defense. Also the preservation of the natural wealth of the nation that must always be public.

We are talking about a private sector of small and medium-sized enterprises in a very large number of economic activities with only the limitations mentioned above and subject to reasonable regulations in their growth, we have even suggested that in order not to limit their development they could, based on a certain scale, invest jointly with the state.

However, just as limits that correspond to these conditions appear in the list, there are other activities included that, from my point of view, are not justified economically, socially, or politically, in addition to hindering the country’s productive potential and the deployment of its main resource, which is the qualified workforce. To prevent architects, engineers, computer scientists, sound engineers, to name just a few examples, from privately exercising their professions is to condemn that knowledge to disqualification and deprive society of their services. The non-state sector should not be condemned to activities of low technological and professional intensity.

In the context of the aforementioned, it seems important to me to insist on the issue of the legalization of SMEs (cooperative and private), this is the logical and necessary step of the current reform, the national economy needs a diverse business fabric in its forms of management and ownership. Without this, the need for greater generation of useful employment and a greater offer of products and services will be weighed down. In addition to the fact that the state enterprises, leaders of the system, would not have the conditions to adjust their costs (high due to the devaluation of the national currency and the wage increase) which, on the one hand, impedes efficiency and, on the other, puts pressure on inflation. The existence of the non-state sector of the economy can notably complement the functioning of the state sector, granting it greater possibilities and development.

On other occasions I have expressed the criterion that what determines the socialist or capitalist character is not a specific enterprise, be it cooperative or private, what is socialist or capitalist is the system in which they all operate and interact. The character of the system is guaranteed by the state, in the case of Cuba by the socialist state and its constitution, under the regulations and laws established with the approval and consensus of society.

The situation of blockade and pandemic, far from supposing the slowing down of the reform, compel its integral and sequential advance.

The Cuban government has recently insisted and on several occasions demonstrated that it is willing to make the necessary and possible modifications in the implementation of the reform, we hope it will also do so by reviewing this list of activities that clearly seems excessive and without sufficiently explicit classification criteria. Time is ticking.