Almost thirty Cuban women had a similar fate in 2020: to die violently at the hands of their couples or ex-couples, according to the count of civil society activists who collect this data and publish it on social networks.

EFE
in Gender in Cuba
0 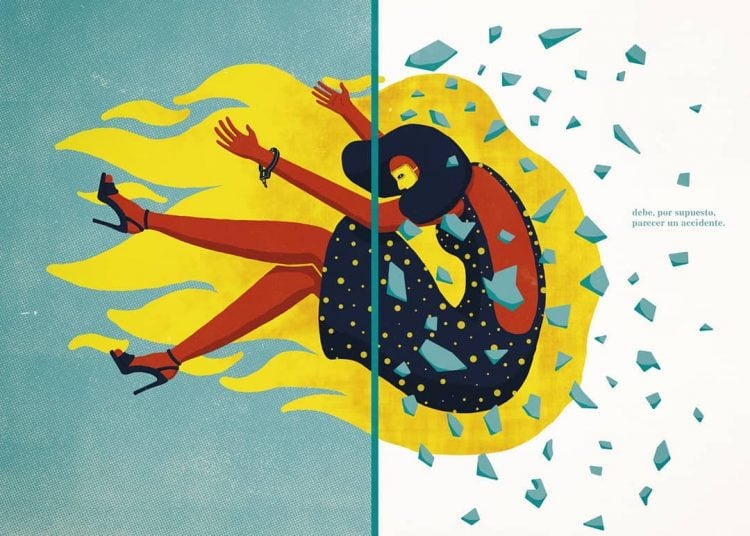 Vertrudiz, a “good-hearted country woman,” was murdered by her couple a week ago in the Cuban city of Cienfuegos. Earlier, Yankiel, with a history of sexist violence, had taken the life of Yamilka and her two daughters, ages 2 and 5, in a rural town in Las Tunas.

Gisel, Marta, Mailin and almost thirty Cuban woman had a similar fate in 2020: to die violently at the hands of their couples or ex-couples, according to the count of civil society activists who collect this data and publish it on social networks compared to the state press, where the chronicle of events practically does not exist.

With these types of cases banned from official journalism, the problem of gender violence has remained out of the picture in Cuba for decades. Until now.

In late 2018 the government authorized the mobile internet service and, with it, thousands of Cubans landed on social networks, becoming real-time chroniclers of events in Cuba, while connectivity facilitated activism to articulate a much faster and more effective way to demand measures to help stop this scourge.

Now, these groups warn that the confinements due to the coronavirus pandemic have triggered feminicide or murders for gender reasons, a specific criminal type that is not covered by Cuban legislation.

Five women have died violently so far in 2021 at the hands of their couples, according to the platform Yo Sí Te Creo Cuba and the magazine Alas Tensas, focused on making this problem visible in the Caribbean country. Both called on February 5 to declare a national emergency due to the increase in gender-based violence during the pandemic.

Their demands include not only an update of the official figures of feminicides, but also cooperation within a comprehensive system of care for victims and the approval of a comprehensive law against this phenomenon, although the latter initiative has not been accepted so far by the Cuban Parliament.

From Alas Tensas they believe that this “clearly speaks of the lack of urgent attention from the government to the situation of Cuban women, aggravated by the pandemic crisis and the impoverishment of society, where women bear the brunt.”

“A single death for gender reasons matters and is a sufficient reason to enact a law against gender-based violence, to typify feminicide in the Penal Code and a series of actions by the government which for many years we’ve been waiting for,” this publication stressed.

In Cuba, during 2020 both platforms counted 29 feminicides—including those of two Canadian women—, three associated infanticides and the murder of a child in retaliation against his mother. Cases of sexual violence against women and girls and assassination attempts were also reported.

In contrast, the last updated official statistic dates from 2016 and reflects that 26.7% of women between 15 and 74 years old suffered some type of violence in their intimate relations in the 12 months prior to the study.

Only 3.7% of the Cuban women who reported suffering attacks in their current or previous love relationships asked for institutional help, according to the National Gender Equality Survey carried out at that time and that included 10,698 women.

That same data is collected in a national report sent in 2019 to the Economic Commission for Latin America and the Caribbean (ECLAC), a UN agency.

Femicide as a crime

Vertrudiz Juez’s partner committed suicide after shooting her point-blank with a firearm. If he were still alive, he would face murder charges, with a penalty ranging from 15 to 30 years in prison to the death penalty, although the latter has been suspended in Cuba since 2003 and commuted to life imprisonment.

The current Penal Code does not typify feminicide and establishes that the crimes of injury, coercion or threat are not investigated by the authorities if there is no complaint from the victim or a guardian, in case of disability.

The closest allusion to feminicide appears in article 264.1, which recognizes as murder “the homicide produced between relatives or spouses of marriages formalized or not.”

Including gender-based violence and feminicide in the Penal Code is an “essential” step, although “it does not solve the problem by itself,” gender specialist Ailynn Torres told EFE.

“It is not about feeding a punitive logic, which we know does not work because it does not prevent, without assembling it with other actions. That is why a comprehensive standard that considers the problem in all its complexity would be important,” said Torres, associate researcher at the Latin American Faculty of Social Sciences.

In turn, Alas Tensas considers that the matter is not only about typifying feminicide in the Penal Code, but also about urgently establishing a network of shelters, renewing study programs, training public officials and the police.

The Cuban State recognizes gender-based violence in the new Constitution (2019) and supports the women who suffer it, although for activist organizations its response is still insufficient. But they see some hope.

In December 2020, training programs began started being developed for specialists from the Houses of Orientation for Women and the Family, linked to the official Federation of Cuban Women (FMC), with the support of the United Nations Population Fund. According to the state-run Agencia Cubana de Noticias news agency, the initiative is a basic guide for operators of a helpline for victims of gender-based violence.

The pit of femicides in Cuba

However, Torres believes that the fact that the State and institutions such as the FMC assume a more notable role in the political conversation about sexist violence denotes that there is more awareness on their part, and that they are echoing the push of the citizen initiatives.

“If we compare the state action of today, in 2021, with that of four years ago, we see that there is greater attention and management and also that a good part of the state media is addressing the problem (and other related ones) in a systematic way,” she said.

For the expert, there is a still pending greater visibility of these events in the state media, where in addition the references are limited to violence in homes or street sexual harassment, while “little or nothing is said about that which takes place in schools, work centers and spaces for political activism.

She also called attention on police attention to reports and the processing of cases: “an important part of the women is still unprotected and mistrust the possibilities of support and accompaniment by the institutions,” Torres insisted.