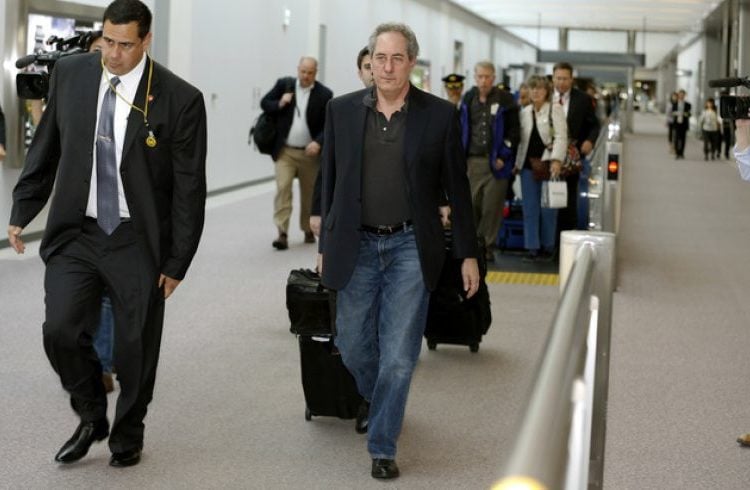 While the cameras and attention followed the activities of U.S. Second Lady Jill Biden in Havana and Camagüey, U.S. Trade Representative Michael Froman was moving between the Foreign Ministry and the Cuban Ministry of Foreign Trade and Investments. His presence almost went unnoticed, with no great song and dance and with very little press coverage.

Froman, one of the principal economic officials of the Obama administration, met separately with two Cuban ministers, Foreign Minister Bruno Rodríguez and Minister of Foreign Trade and Investments Rodrigo Malmierca: his public agenda indicated “bilateral meetings.” “Ambassador Froman headed an economic research mission to Cuba as part of the ongoing dialogue between the two countries. He met with high-ranking Cuban officials, shareholders of the private sector, conservationists and farmers,” Matthew McAlvanah, his office’s spokesperson, explained to OnCuba.

Michael Froman will go down in history for having negotiated the Trans-Pacific Partnership (TPP), the biggest free trade agreement ever imagined and which involves the 12 countries that move 40 percent of the exchange of merchandise and services in the world; one of the priorities of the economic policy of the current U.S. president and one of the topics of the 2016 election campaign, a policy that has many points in common with the commercial diplomacy toward Cuba.

“The TPP allows us to help set rules for the road for this region,” he said last June.

Called by The Wall Street Journal as the chief trade negotiator of the Obama administration, Froman’s activities would not be relevant at all if both countries had normal economic or at least commercial relations. But that is not the case. Exchange is restricted at present to the import of agricultural products by Cuba and, theoretically, due to the recent exceptions made under Obama’s presidency which “have not functioned and unfortunately seem will not be able to function,” as Cuban Foreign Minister Bruno Rodríguez explained.

In 2015 Cuba imported from the United States 180 million dollars’ worth of goods, 40 percent less than the previous year, according to data available on the website of Froman’s office. Out of the total, 150 million were for purchasing food, mainly chicken.

Cuba dedicated the 2016 version of its annual report to the United Nations about the blockade to presenting “the limited reach of the measures adopted by the U.S. president and the spectrum of actions that he could still carry out for the elimination of the blockade,” a 45-page document about in what and how the once called commercial diplomacy with the Caribbean country has failed.

Cuban President Raúl Castro recently summed up in a speech that “there had been some advances, especially in the diplomatic spheres and cooperation in topics of mutual interest, but it has not been the same in the economic-commercial sphere due to the limited, though positive, reach of the adopted measures,” a frustration repeated in the communiqués and statements of other officials and ministers of his country.

The name of Froman has joined the list of government envoys traveling from Washington to Havana, and vice versa, to deal with economic-financial topics. Last September, Cuban Deputy Minister of Foreign Trade and Investments Ileana Núñez Mordoch inaugurated in the U.S. capital the first Bilateral Economic Dialogue meeting together with U.S. Deputy Assistant Secretary of State for Mexico and Western Hemisphere Regional Economic Policy and Summit Issues John Creamer.

In July, the Department of the Treasury sent to Cuba one of the blockade’s intransigent bureaucrats: acting Deputy Director at the Office of Foreign Assets Control (OFAC) Andrea Gacki. The conservative magazine Washington Examiner asked itself what was the principal “gendarme” of U.S. economic sanctions doing on the island, participating in a regulatory meeting focused on the financial obstacles between both countries.

During the last quarter of 2016, seven high-level visits are expected as well as a dozen intergovernmental technical meetings, as Cuban diplomat Josefina Vidal announced after the fourth session of the Bilateral Commission in late September.

Obama as well as one his probable successors, Hillary Clinton, are confident in “putting an end to the failed embargo and replacing it with a more intelligent method that empowers Cubans ventures,” as the Democratic presidential nominee commented to the magazine People, “we cannot block the U.S. companies that can help a system of free enterprise to germinate on Cuban land.”

The Cuban government has taken note of those intentions: at the same times as it expresses nonconformity because of the few economic advances, it infers it will not modify its socioeconomic system to fit into the measures approved by the White House.

Jill Biden: Culture is the way to working together