Susana Hernandez
in Entrepreneurship in Cuba
1 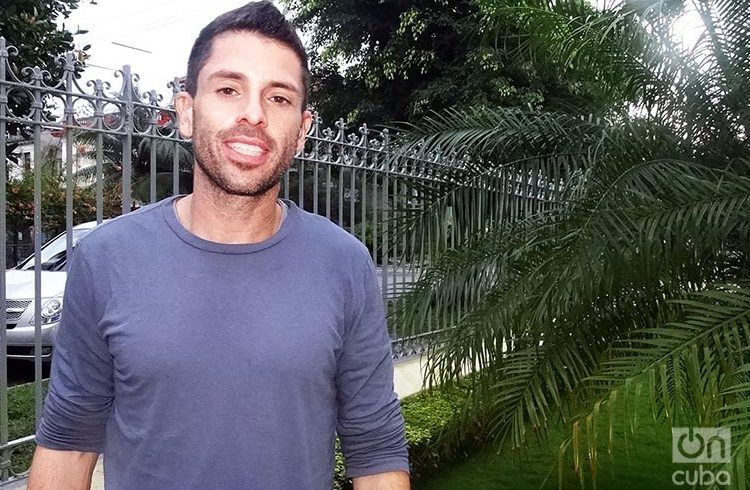 In nearly any other place in the world, a user of his application would have recognized him, but in Cuba Joel Simkhai, founder and CEO of Grindr, the “world’s largest gay social network app,” passed as any other tourist taking selfies and pictures of Old Havana.

In Cuba, very few know of the existence of this app which through location services connects millions of members of the LGBTI community. In Cuba its use is still not possible and it is not very well known, but Simkhai’s visit last week demonstrates that whenever the opportunity arises he won’t hesitate to take advantage of it.

This young entrepreneur had already been in Cuba, and wanted to return to see the changes that are occurring before larger ones take place, like lifting the economic embargo, something which he thinks should not take long.

“Of course I am also interested in finding out about gay life here, because when I came here 15 years ago I didn’t perceive any atmosphere. Moreover, it was an opportunity to find out how the area of human rights for homosexual individuals is coming along, it’s an area where I’ve heard that they are quite advanced, although like everywhere, they still haven’t got it 100{bb302c39ef77509544c7d3ea992cb94710211e0fa5985a4a3940706d9b0380de},” he said. 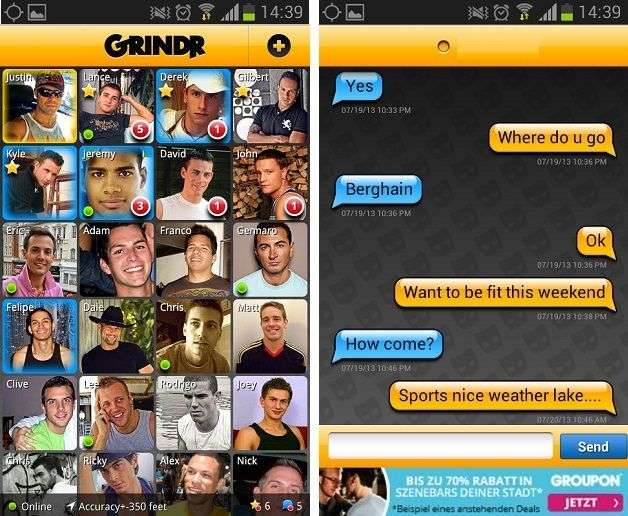 Regarding the possibility – and his wish – that Grindr makes it to Cuba, he confirmed that for now the technological infrastructure does not permit it. The app requires a constant connection to the internet and currently internet is only available in specific academic or professional spaces or in the public WiFi zones created by ETECSA. This is in spite of satisfactory evidence of the wide-spread presence of smartphones in Havana, another indispensable prerequisite for the app to work.

However, Simkhai is convinced that gay Cubans would benefit considerably from the application, which has already been in operation for six years, has 5 million users worldwide and has reconfigured the way in which both gay and bisexual men interact in their search for partners or friends.

The advantages of Grinder do not reduce down to facilitating “fortuitous encounters,” says Simkhai, but also that its mission responds to a socially committed agenda focused on qualitative change in its public goals.

“For us it is very important that we communicate with our users, urge them to do different things: participate in research, learn about sexual health, and fight for their human rights to be respected.”

“Moreover, we are a bridge between them and the organisations with which we work on the very same topics, many of which need to talk to homosexual men, and this is something that we can easily facilitate.”

Simkhai admits that he hopes that with the arrival of Grindr in Cuban society the app can work on the connection between the people who use the application and those institutions that are working towards transforming the political reality and social LGBTI movements on the island.

For the last three years, the business that he runs has been promoting the initiative Grinder for Equality, which – as Grindr defines it – is an attempt to make an impact on numerous groups of lesbians, gays, bisexual, trans and queer individuals that on a daily basis fight with family rejection, racial injustice, economic marginalisation and religious condemnation.

Children fitted with ID wristbands in anticipation of earthquake

Children fitted with ID wristbands in anticipation of earthquake

A Crocodile Farm at the Lanier Swamp

Salon D’Luce: The Light of Entrepreneurship