graham
in Foreign investment in Cuba
1 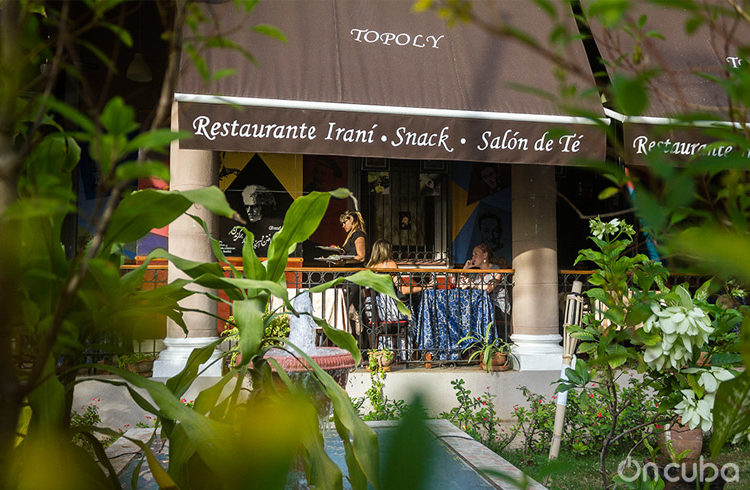 Last week investors keen on Cuba met in New York City at the Cuba Opportunity Summit to try to figure out their place in Cuba’s opening economy.  Meanwhile, in Havana, silverware clinks and waiters balance trays in restaurants already financed and managed by foreign entrepreneurs who have placed early bets on the island.

The last vestiges of ethnic food in Cuba disappeared with the Soviet Union. Imports dried up and the few ingredients that did arrive to restaurant kitchens were shuffled out the back door to sell on the informal market. Customers would save time ordering by simply asking the waiter for the food that was available.  Invariably the selection would come down to the stereotypical rice, beans and pork… maybe a pizza as well, but don’t push it.

From the early 1990’s up until now state restaurants that advertise as having “Italian”, “Polynesian”, or “Chinese” food have pretty much the same interchangeable menu as any other state restaurant.

Fortunately everybody got tired of the charade that a government trying to keep the extensive public health, education and transportation system afloat could also manage the finer points of an entire country’s gastronomic needs.

Restaurants, cafes, cafeterias, bistros, and bars were on the first list of private businesses allowed to be opened by Cubans in 2011.

In that first year around 400 licenses were issued in Havana alone.

Setting up Shop in Cuba

“My family owns a restaurant in Rome so when I moved to Havana with my wife we decided it made sense to open a place in Havana”, said Alessandro Canfora, owner of La Isla de la Pasta on 23rd and 6th in the Vedado neighborhood. “Things are rough in Europe right now, so why not Cuba?”

As we are talking he is keeping an eye on one of his sons and giving directions to some construction workers out the window.

Alessandro and his wife, Havana native Yanelys Noemi, turned the front half of their first floor apartment into one of the few Italian food eateries in Havana that offers more than doughy pizza and questionable lasagna.

“Sure we make our own pasta, it is cut with a hand cranked machine,” said Alessandro, who is all smiles about the labor intensive process.

Maybe in a first world Italian bistro homemade pasta would be a niche selling point. In Havana it’s a necessity. Waiting for supplies to arrive in the grocery store would be too hit and miss to keep a functioning menu. Importing directly from Italy would make prices impossibly high.

“Keeping our prices reasonable makes sure that we have a mix of Cuban and foreign customers.” As Alessandro spoke I looked around the small dining room, three of the four tables were occupied. Two by Cubans and one by a group of Spaniards. Alessandro thanked everyone personally as they left.

Using local ingredients not only keeps prices close to what at least a few locals can afford, it also reintroduces elements of the unexpected into ethnic cooking.

“We ran out of habanero peppers the first week of our soft opening,” Andrés Buenfil Gómez, manager of El Chile Habanero told me apologetically when I asked if the Campeche native was serving traditional Yucatan salsa with the pulled pork tacos, “so we are using hot peppers native to Cuba”.

“We’ve got new customers every day plus dedicated followers coming here three or four times a week”,  Andrés responds matter-of-factly to my questioning his location. “Our food is in demand and I’m the only one doing it, so I’m allowed to take risks with location”.

With Cuba’s growing Mexican expat population and several daily flights between the two countries he probably has a better handle on the market than people give him credit for. After all, like Alessandro, Andrés comes to Cuba with years of experience managing a restaurant in his homeland.

Back on Vedado’s 23rd street Iranian native Nourbakht Farrokh has added a culinary element to his 15 year cultural exchange program in Cuba. The Persian restaurant Topoly, in addition to a full menu of traditional foods, also has nightly exhibitions of Iranian dance, poetry and music.

Noubakht and his Cuban friends fixed up a colonial house then replaced Cuban coffee and cigars with hookahs and tea.

Topoly functions as a vehicle for promoting culture with part of the income going to fund cultural interchanges such as last year´s Festival of International Poetry in Havana and the two week long Iranian Film Festival.

“No matter where you open a restaurant there are risks”, Alessandro tells me when I ask about the business environment in Cuba.

Cuba presents its particular set of challenges. Foreigners can’t just come and put their names on all the paperwork, at least not yet. Alessandro and Andrés are both married to Cubans, whereas Nourbakht is collaborating as a cultural consultant at Topoly.

Alessandro laments that they can’t yet serve wine because their business license is only for a cafeteria, not a fully fledged restaurant. They will have the full license once they finish expanding La Isla de la Pasta, currently underway.

Zoning restrictions don´t quite exist in Cuba. Basically if you own the building and get a license to operate a business you are good to go. This is preserving Havana’s unique cosmopolitanism and creating some interesting combinations that are contrary to the predictable conformity of centralized control that originally doomed ethnic food in Cuba.

In 2015 Cuba is a place where an Iranian restaurant such as Topoly can be neighbors with the newly opened gay night club King Bar (innocent looking in English but when said aloud is a vulgar word for copulation in Spanish).