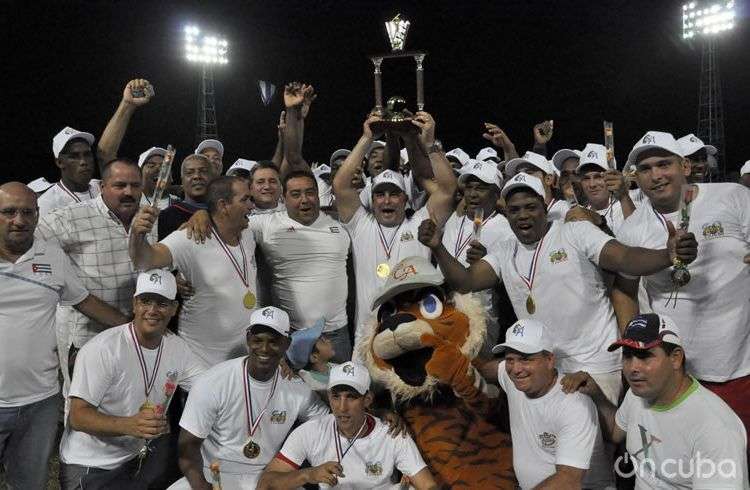 Ciego de Avila’s Tigers won the Cuban National Baseball Series for the second time in history. They beat Isla de la Juventud’s Pirates in the best-of-seven final playoff of a highly contested series that went to the seventh game.

Against all forecasts, the Pirates made it to a final playoff for the first time, and were hailed as the revelation team of Cuban baseball.

They lost to the Tigers, however, who were superior during the series, thanks to superb performances of starters Ismel Jimenez and Yander Guevara. The contribution of their reinforcements from Villa Clara, like first baseman and cleanup hitter Ariel Borrero, outfielder Andy Zamora, and third baseman Yeniet Perez, proved decisive in the postseason.

“This is a victory of the whole team, not the feat of an isolated star,” said Tiger’s couch Roger Machado shortly after the end of the game –a statement very similar to the one he made three years ago, when his team won the national series for the first time.