The consumer price index (CPI) increased by 4.21% compared to September, said the ONEI, which does not include prices in the most and best assorted informal market, according to an EFE report. 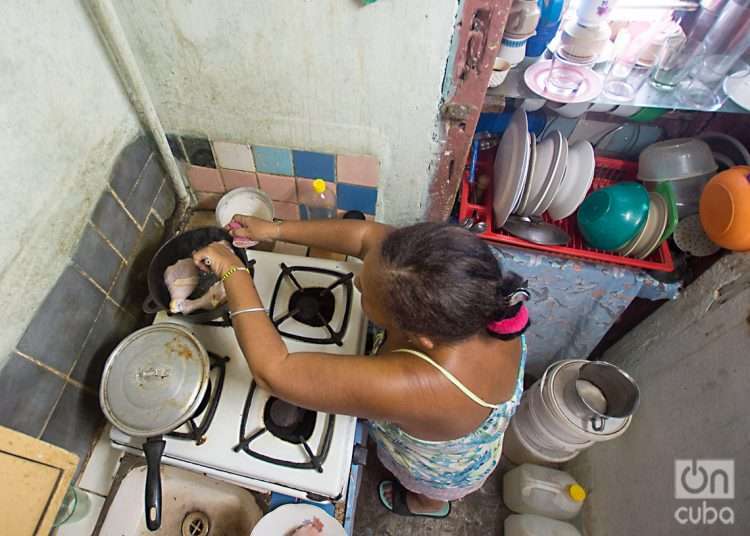 A lady prepares food in case the gas is turned off due to the warning of a cyclone at the end of September. Photo: Otmaro Rodríguez.

Official year-on-year inflation in Cuba was 39.73% in October, according to data from the National Office of Statistics and Information (ONEI) cited this Wednesday by local media.

The consumer price index (CPI) increased by 4.21% compared to September, said ONEI, which does not include prices in the most and best assorted informal market, according to an EFE report.

Economist Pedro Monreal has analyzed the matter from Twitter, from where he has commented that “although the official inflation data for 2022 are not as high as those of the previous year, Cuba presented a very high year-on-year general inflation in October 2022 (compared to a similar month of 2021) of almost 40% and 62.73% in food.”

The recreation and culture category had the highest inflation rate, with 67.34% in interannual terms, followed by food and non-alcoholic beverages (62.73%), restaurants and hotels (47.79%), and alcoholic beverages and tobacco (28.87%).

All categories experienced price increases, but the increases in some were moderate, such as health (2.03%) and communications (0.20%), both governed by state monopolies. There are no data on the evolution of the Cuban informal market, where some basic product prices have doubled in the last 12 months.

Since Cuba imports 80% of what it consumes, the depreciation of the Cuban peso (CUP) so far this year is relevant, which has gone from 72 CUP per dollar to around 175 in the informal market.

“Cuba registered in October 2022 the biggest increase in food prices in the last 15 months. They grew 7% and ‘explain’ almost 80% of the general price increase for the month, confirming that the country is experiencing mainly food inflation,” Monreal wrote.

The island has been going through a very serious economic crisis for two years, something evident in the shortage of basic products such as food, medicine and fuel. It also suffers from a partial dollarization of the economy and a deep depreciation of the peso, and has been hit by another energy crisis with oppressive blackouts that may have eased in recent days.

The effects of the pandemic, the increase in U.S. sanctions and failures in national macroeconomic policy are the main causes of this crisis, which is fueling migration ― mainly to the United States ― and social discontent.

According to official figures, inflation in regulated trade was around 70% in 2021 as a whole. Some estimates place that of the informal market at around 500%, according to the Spanish news agency.