Deputy Prime Minister Ricardo Cabrisas, main negotiator of the island’s foreign debt, and Emmanuel Moulin, general director of the treasury and president of the Paris Club, met this week in the French capital, where these new conditions were presumably agreed. 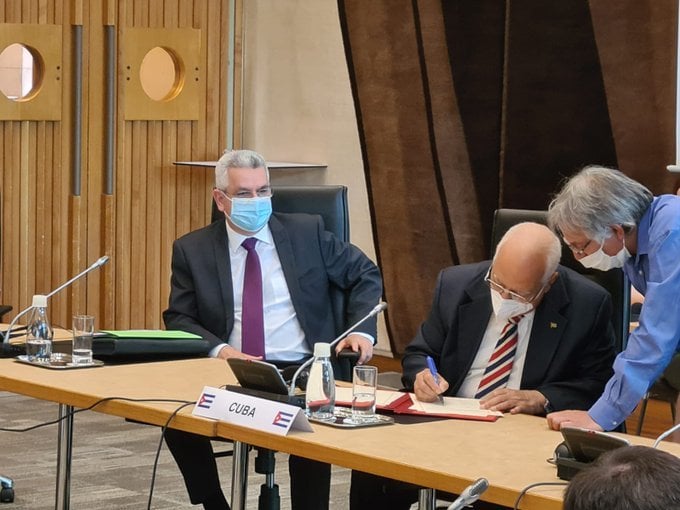 The Cuban government and the Paris Club agreed to modify their agreement to renegotiate the debt of the Caribbean country, currently in default, the Cuban state agency Prensa Latina (PL), reported this Thursday, without offering further details.

Deputy Prime Minister Ricardo Cabrisas and main negotiator of the island’s foreign debt, and Emmanuel Moulin, general director of the treasury and president of the Paris Club, met this week in the French capital, where these new conditions were presumably agreed.

The delegations chaired by both decided “to introduce adjustments to the mechanism signed in 2015,” PL said, without any of the parties having published more information on the content of the new agreement.

The state media, which cited diplomatic sources in Paris, stressed that “the negotiations took place in a constructive climate and of mutual understanding” and that “Cuba reiterated to the 14 member states of the group of creditors its commitment to fulfill the contracted obligations.”

Cabrisas blamed the defaults on the “unprecedented tightening of the economic, commercial and financial blockade of the United States and the impact of phenomena associated with climate change and the COVID-19 pandemic.”

These talks were preceded by a visit to Cuba from May 22 to 25 by a technical mission headed by William Roos, co-chair of the group of creditors, the agency said.

In 2015, Cuba signed a historic agreement with the Paris Club, which wrote off $8.5 billion of a total debt of 11 billion with a commitment to pay the remaining amount in installments until 2023.

The Caribbean country partially defaulted on its obligations in 2019, and in 2020 it declared itself unable to fully assume the quota. For this reason, it requested a two-year moratorium for a total of about 200 million in arrears to the multilateral organization, which accepted only one year with the possibility of renegotiating.

Cuba, immersed in a deep economic crisis, for this year foresees a fiscal deficit equivalent to 18% of its GDP, which in 2020 contracted by 11% after foreign tourism was reduced to a minimum due to the pandemic, and in 2021 it barely expects to recover half of what was lost, according to official figures.