ravsberg
in Tourism in Cuba
0 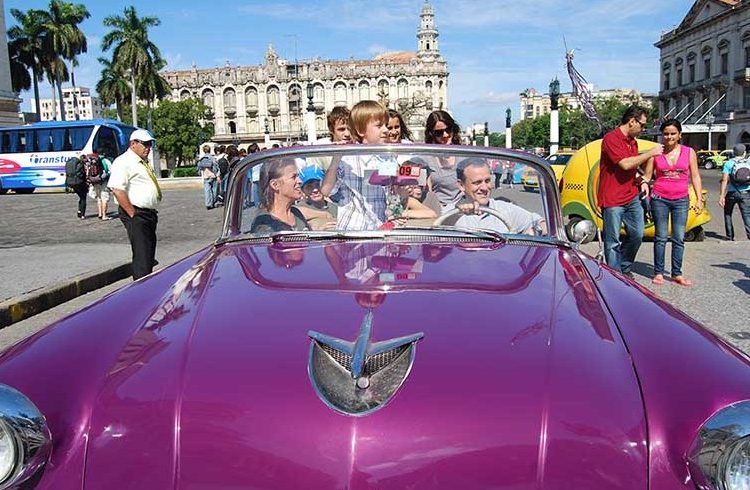 The rapprochement between Washington and Havana is starting to have repercussions around the world, even though the US economic embargo is still effective and only the first steps towards the re-establishment of diplomatic relations between the two countries have been taken.

The potential for growth in the tourism industry could well be measured on the basis of new airline itineraries. Direct New York-Havana flights have begun to be offered, Spain’s commercial airline company Iberia announced it would be re-establishing Cuba flights, a Swiss company is starting to offer non-stop flights to the island and the German company Lufthansa will begin offering low-cost trips to the Cuban capital.

Cruise Shipping Miami, the most important gathering of cruiser owners and operators from around the world, addressed the issue of how these new relations could help develop the island’s tourism market. There is even talk of operating a passenger ferry between the two countries.

Europe is no longer slacking off and appears anxious to normalize relations with Havana, or so declared the European Union’s High Representative for Foreign Affairs Federica Mogherini during her visit to Havana. Europe wishes to put behind it its “Common Position” policy on Cuba before the year is over.

The world’s main cruise operators have their sights set on Cuba, given the shortage of rooms the island may have when the country opens its doors to US tourism. Photo: Raquel Perez Diaz

Brussels is intent on providing EU companies the best possible conditions. The problem is that the process of re-establishing ties between Cuba and the US makes many foresee an avalanche of US investments that would compete with European businesses in the future.

Tom Herzfeld, a US investment expert, has already created a Cuba investment fund. He told NBC that, “I think at the beginning, perhaps 10 or 20 investments of $25 to $50 million each. We are working towards that goal. They will be a series of investments, a series of partnerships. So, we think eventually it will be several billion dollars.”

Overnight, Cuba has become something of an investment magnet, so much so that, in addition to the European Union representative, Russia’s Foreign Minister Serguei Lavrov visited Cuba looking to tighten ties with its former ally.

Lavrov declared that “I am absolutely convinced that nothing threatens our close strategic relations with Cuba. We see no signs that someday everything will be different.” The Russian official, however, wanted to pay the island a visit to see Cuba’s position before this new stage first hand.

The Russians want to return to the island and, apparently, they will be given access to the nickel mining sector and the land based oil prospecting industry and the opportunity to create a massive airport on the outskirts of Havana, where they would also develop a large transportation company.

The new OAS Secretary General, Uruguayan Luis Almagro, wants the organization to “have a Cuban member that can make essential contributions in the sphere of education, as it is doing in the field of health and other areas of development.”

All the while, Assistant Secretary General Albert R. Ramdin says that they are waiting for a sign from Cuba. “I hope they return to the OAS. Cuba has to indicate its interest in starting discussions to re-engage with the OAS” he told the press.

The Paris Club, an organization of creditors, is also scrambling to arrive at an agreement with the island. “We are going to finish the reconciliation in a few more weeks, and some weeks or months later we will have a negotiation,’’ said Bruno Bezard, the club’s chair and the head of the French Treasury.

France’s Minister of Foreign Commerce traveled to Cuba this year with a delegation of businesspeople interested in foreign commerce, agriculture, tourism and finances. In May, President Francois Hollande will become the first French leader to visit the island.

South Korea’s State commercial insurer K-sure announced the signing of a memorandum of understanding with Cuba that will allow South Korean companies to have business dealings with the island. The agreement includes a 60-million-euro credit line.

The rapprochement with the United States opens doors that had remained closed because of fear over Washington’s reaction. That such worldwide repercussions are being felt when conversations have just begun demonstrates the dimensions of the economic fence that had been built around Cuba.

It is a great opportunity. For the first time in history, Cuba has the possibility of acquiring powerful but varied commercial partners and of striking a balance of forces that, well managed, could afford it greater political independence and financial security.

This is in fact a premise that Jose Marti had discovered many, many years ago: “A nation that longs to die chooses to sell to only one nation. A nation that wishes to be saved sells to more than one. We must balance commerce to ensure freedom.”

Cuba and US: Human Rights will be on the table