Cruise Tourism to Cuba: the Sweet and the Sour

rafael-betancourt
in Tourism in Cuba
0 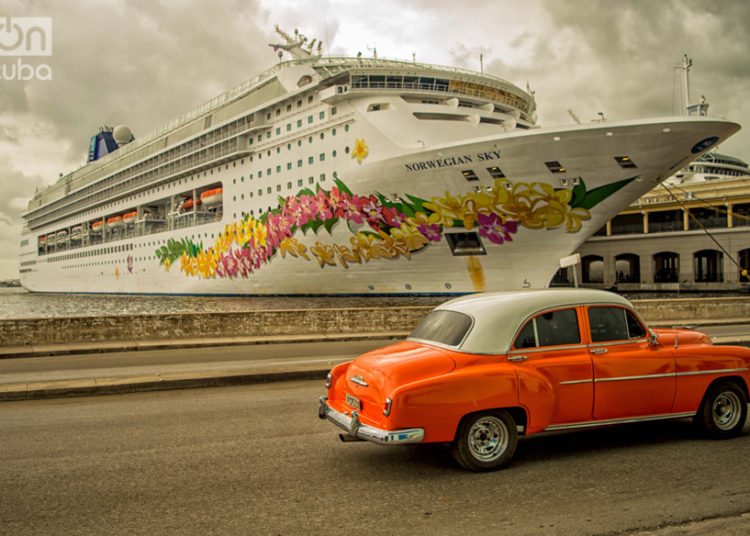 Cruise tourism to Cuba is at its peak: the country has bet on the benefits of cruises as a
part of a tourist industry that has catapulted the damaged national economy; the cruise
lines have a new market in the Caribbean in their keenness to have an unlimited growth
of passengers, ships and profits, and both have escaped “Trump’s rage,” the U.S.
president’s measures announced in June 2017 to rollback relations with Cuba which,
opportunely, exonerated the cruise and airline companies.

International tourism to Cuba has witnessed a sustained growth in the last five years,
partly thanks to the measures of the Barack Obama government which in 2015 started
relaxing travel to Cuba restrictions for Americans. The growth rate of international
visitors in the last three years has been between 14 and 17 percent, some of the
highest in the Caribbean, and in 2017 it reached the 4.690 million tourists.

As part of this growth, the arrivals of cruise passengers has shot up since 2015, when
the Obama government lifted the restrictions that banned ships that stopped in Cuba
from calling at U.S. ports, thus making it easier for U.S. cruise lines to include Cuba on
their itineraries.

However, the number of cruise passengers is still small compared to the stay tourists,
although it is growing: from less than one percent until 2015 it reached 11 percent of the
total of international visitors in 2017.

Cuba’s income from cruise tourism comes from four principal sources: the passenger
tax, or head tax, paid at each port, port services, passengers and crew members’
spending on land, and the jobs generated on board as well as on land. According to
Aries Transporte S.A., the Cuban company in charge of the cruise operations in
Cuba, the total incomes for the Cuban state-run enterprises during the 2016-2017
cruise season amounted to some $8.6 million, which represents less than three
percent of the total of incomes for international tourism of approximately $3
billion in that period.

But…the numbers can be deceptive. Academic analysts have pointed out that the total
of incomes associated to tourism are incomplete and deficient and do not reflect its real
performance. They do not collect, for example, what the visitors consume in non-state
establishments like restaurants and cafeterias, nor the purchase of crafts, private
transportation or accommodations in private homes. It is estimated that 34 percent of
the international stay tourists are guests in private homes and eat in private restaurants,
which is why the figures of the total of tourist incomes is underestimated in at least a
billion.

In the case of cruise tourism, these inaccuracies in the figures are serious because the
statistics come from different sources that do not include the same data nor agree among
themselves. Even with the shortage of trustworthy figures it can be affirmed that cruise
tourism leaves the country much less incomes per passenger than the stay tourism.
However, the economic potential of cruise tourism for Cuba is unquestionable, because
of its contribution and the fast growth rate, which doesn’t depend on the availability of
accommodations.

But cruise tourism isn’t a piece of pie, it also has its crust.

Passengers’ main spending goes to the cruise lines, in terms of what they pay for the
package as well as the extras on board, which is significant. According to a Florida-
Caribbean Cruise Association (FCCA) study in 2010, cruise passengers spend an
average of $1,770 per person each week for their trip, including spending on board and
on land, but the spending on land averaged only $103.83 per passenger visit in the 35
Caribbean destinations.

On the other hand, despite the cruise lines’ affirmations, the cruise passengers rarely
return to the country. While the destinations help to sell cruises, very few passengers
returned as stay tourists. They are two different market segments.

Moreover, the cruises’ “ecological footprint” is strong and far-reaching, especially in
the Caribbean, the destination of 35.5 percent of all the world’s cruise ships. Firstly,
there are the environmental impacts on the seas and oceans. An average cruise ship
transports 2,200 passengers and 800 crew members. Each day it issues into the
atmosphere more sulfur dioxide (SO2) than 13 million automobiles and more soot than
a million. Each week, a cruise ship generates 8 million tons of solid wastes, 210,000
gallons of sewage and 25,000 gallons waters contaminated with hydrocarbons, most of
which is spilled into the open sea.

In Cuba’s case, the cruise ship operations in national parks and other sensitive zones of
importance for biodiversity are particularly worrisome.

Concern about the impact of cruise tourism on the reefs led the Cuban Ministry of
Science, Technology and Environment (CITMA) to issue on July 28, 2016 the
environmental Regulations for ship operations in the Protected Marine Areas. These
include the requirement that the cruise operators request the relevant Environmental
Permit and that the small and medium-size vessels have zones with mooring buoys for
their location, and in no case to drop anchor. And that “the arrival of cruise ships as a
general rule will NOT be promoted in the protected areas.”

Cruise tourism also causes impacts on historic cities, unique and authentic inhabited
spaces, with a cultural legacy highly valued by the cruise industry, which turns them
into a competitive factor. In Cuba, this is especially the case of Havana, Santiago de
Cuba, Trinidad and Cienfuegos.

On the one hand, cruise tourism generates direct economic benefits for the patrimonial
city. However, urban planners have pointed out the threats tourism poses for the built
heritage and the urban infrastructure through the congestion it generates given their
limited charge capacity, pressure on the demand for resources such as water, food and

electricity, as well as the generation of solid wastes. But this occurs with cruise as well
as stay tourism, and is concerning because of its rapid growth on a par with the
backwardness in adapting the infrastructures to accommodate it.

With a view to maximizing benefits and minimizing costs and threats of cruise tourism,
Cuba needs to take into account the lessons learned from cruise tourism in the
Caribbean and other destinations. While Cuba’s bet on cruise tourism is correct on a
long term because of its rapid growth potential, it should be as a complement of stay
tourism, which in the Caribbean leaves an average of 12 times more incomes per visitor
than the cruise passenger.

Also, it’s worth promoting the local participation in the design and implementation of
the cruise tourism activity. To maximize the economic contribution on land of
passengers and crew members, the offer of excursions, merchandise and quality services
in each stopover must be guaranteed, by the state-run as well as the private sector,
which is linked to the previous point of strengthening the destinations.

Lastly, Cuba must work with other Caribbean states to develop common tourism
policies and collective bargaining with the powerful cruise lines. Cuba’s leading
position in the Association of Caribbean States, its united position in the negotiation
with the cruise lines and its prestige as a fair arbiter would facilitate it.

Cruise tourism can generate considerable benefits for Cuba, depending on how it is
managed and used.