dayan
in Tourism in Cuba
0 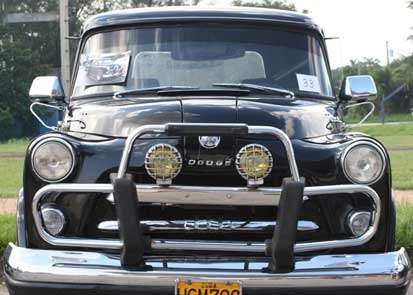 Some 10 groups of the Cuba Antique Cars and Motorcycles Clubs Association (UCAMAC by its Spanish acronym) turned the Eduardo Saborit Sports Complex in the Havana’s municipality of Playa into a true museum of vehicles.

The First UCAMAC Motor Show 2012, which was held on Sunday September 9, gather close to a hundred vehicles, motorcycles and cycles of the different clubs, in a fraternal competition to win the single´s Most Popular award and Club’s  Best Stand.

The Cuban classic cars fans enjoyed the variety of makes, models and shapes, including Niagara bycicles, Whizzer mopeds, Willys Jeep of the ’40s, the MG, Alfa Romeo, to most common makes like Ford, Chervolet, Fiat and others, which made for good debut for the first event of this kind, described as positive by Joseph Festary, UCAMAC president.

This First Motor Show fulfil all its goals. Of course there were aspects that can be improved in the future, but, generally speaking, all clubs gave their best to assure a high standard show, Festaray noted.

According to the organizers, the most popular stands were those of Whizzer, Amigos del Motor and Fiat 126p (Polski), whiler the Club A lo cubano received a special nomination.

This event was sponsored by Castrol. SA, Palmares. SA an Havanatur. SA, enterprises and was supported by the Cuban Motor Racing and Karting Federation, the traffic Division and local authorities.

Cuban Soccer Out of Eliminatory to Brazil 2014

Cuban Soccer Out of Eliminatory to Brazil 2014