yisell
in Tourism in Cuba
0 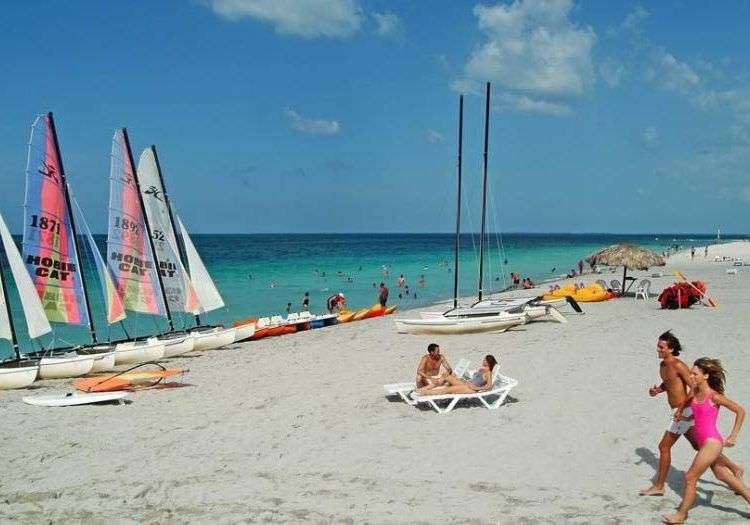 The Transat France Group, one of the largest emitters of tourists to the island, opens today in Matanzas the first Francophone club Lookea in Cuba, said in a press release the Ministry of Tourism (Tourism).

Located in the Meliá Peninsula Hotel, located in the Hicacos Peninsula, 20 minutes from downtown Varadero, the club will have water parks, sports (beach volleyball, canoeing, catamaran, golf, among other ), fitness and dance sessions.

Six nights in all-inclusive status in this center Five Star can be booked at the price of 1099 Euros per person in double room and includes discounts.

The service includes excursions to nearby cities like Trinidad, Cienfuegos, Santa Clara, Havana and also the Guama Tourist Complex, on the Zapata Swamp. That will increase considerably percent occupancy hotel, with 581 rooms, total capacity of about 1,300 customers and is aimed at families, weddings, honeymoons and incentive groups.

There will be, to boost visitor arrivals, direct flights from Paris to Varadero, weekly by the company XL Airways with 250 seats each Monday from late December 2014 until the last days of May 2015.

According to specialists from the Meliá Peninsula –reported Cuban News Agency- the French market will almost triple its presence in Varadero this season 2014-2015, and since January is fully booked in exclusive contract with the Club Lookea.

Looking to have a greater flow of French-speaking tourists to Cuba, this week also began operations the Canadian tour operator Canjet Vacations. The flights depart from Toronto to Varadero, Jardines del Rey, Santa Clara and Holguin with a total of 13 weekly frequencies.
That represents nearly 50 percent of flights of Canjet Vacations to the Caribbean, since they see Cuba as a tourist destination especially given the imminent start of the high season in this country.

Canada stands out above the rest of the countries of origin of tourists to Cuba. So far in 2014 were 940,000 tourists of this nationality who have chosen Cuba for holidays, followed by 530,000 Europeans and 800,000 from around the world, says the newspaper ABC.