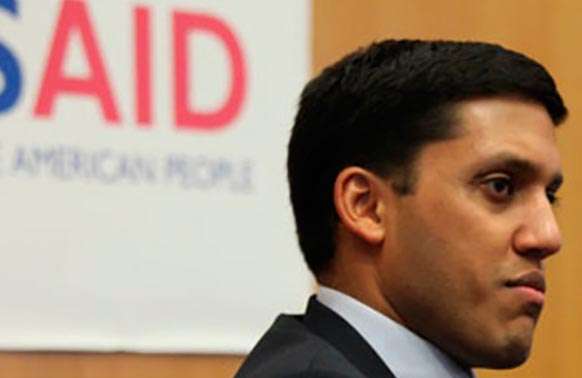 “With mixed emotions I informed President Obama and Secretary of State Kerry that I will resign in the middle of February 2015,” said Rajiv Shah, director of USAID, realizing that the policy of his country is on very different paths than of his agency.

It’s the least Mr. Shah could do, after President Obama announced a diametrically opposite policy to the one the agency he headed for years has followed. Few will miss him; he defrauded some for his lack of ethics and others for his clumsiness.

USAID operations in Cuba were bad apples that contaminated everything. They turned opposition into “mercenaries” paid by the empire, critics in “naive” falling into enemy networks and strengthened those who believe that opening weakens the nation.

The issue is so obvious that two US Senators, Patrick Leahy and Jeff Flake, described as “irresponsible and stupid” tactics used by the US Agency for International Development to destabilize the Cuban government.

For some time full Internet access has been a topic of debate within Cuba. While many consider it to be a right of all citizens, a few warning about the use “the enemy” can give it to disarm consciences.

The clumsy maneuvers USAID deliver water to those mills that seek to limit and control access to the Internet. Plans to create networks that promote the overthrow of the government became the main argument of the anti opening extremism.

USAID did nothing for the sake of it

As if we were in sales, the US agency was also launched to buy the soul of Cuban musicians without first finding out if they were for sale. They played dirtier than Satan, who always leaves at least the option to say no.

USAID officials created tangled mechanisms to hide the threads of puppets. Confident that they would never be made, they hire a US company that outsources Serbs developers that create a shell company in Panama.

For a single developer development agency it uses mechanisms quite similar to those of intelligence. Their European counterparts, for example, do not work in secret and always have the consent of the governments that benefit from the aid.

But USAID did not need anyone’s permission to “help” even those who didn’t receive the funds. That way they financed hundreds of Cuban musicians without them knowing they were part of an undercover operation or that the money came from the US.
The most prominent case was that of Los Aldeanos, whose innocence was ratified by the Deputy Minister of Culture of Cuba, Fernando Rojas, who considered them “victims” of covert US actions while stressing that in the future they should be less “naive”.
Curiously Los Aldeanos didn’t need be “bought” to be critical. For years their songs questioned the Cuban reality without mincing words, making their messages to have enough weight in certain sectors of youth.
But USAID polluted them with their money and although they did not know where it came from, that shadow will inevitably create doubts about the integrity of Los Aldeanos and the honesty of their criticisms, reducing the influence of their messages.

The most immobile Cuban politicians should thank the USAID for its confirmation that it pays millions to dissent, to sow doubts about the intentions of the most critical artists and leaves in bad shape those who call for greater Internet access.

And for courtesy of the agency to send the American Alan Gross to smuggle communication equipment to the island. Thanks to that Cuba could make a trade that also benefited the three Cuban agents who remained prisoners in the US.

President Barack Obama acknowledged that these strategies had failed and he was right. USAID officials had become a “sorcerer’s apprentices” whose spells only served to turn everyone who were touched in toads.

And you've already gone to the Midnight Mass?

Cuba returns properties to the Church