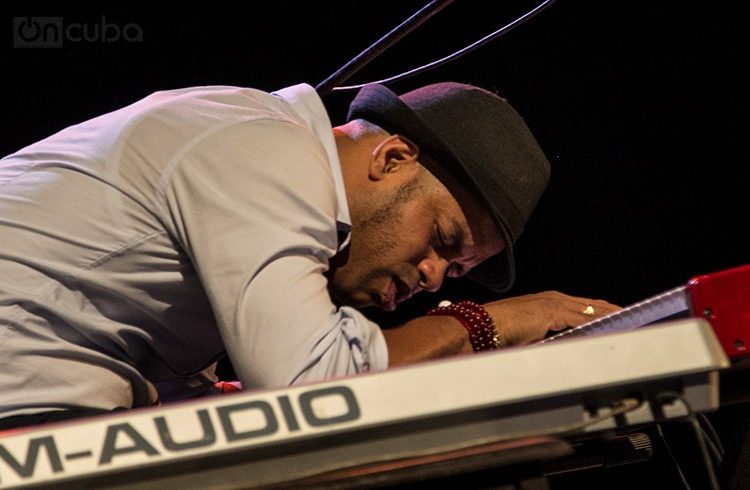 To Roberto Fonseca you do not only have to hear him play, you need to see him.

When he finished the first song at the concert on Saturday, celebrating 30 years of the Jazz Plaza Festival, a theme composed of bass, saxophone, keyboard and drums solos, a song that you feel like telling you “you’re in Havana, men “,” you are in Havana, bro “and he confidently answer yes when he promises to be just him that night … after the first ten minutes of the two hours that would follow later, the audience at the Mella Theater felt the need to stand.

“I’ve never seen anything like it. Seeing people like that, musicians enjoying playing so quiet, I would say, though I am very spiritual, it’s a blessing, “said Fonseca. “Because that out there, with the piano and the public, is my space, is the time where I can transport me away”.

His first guest: Bobby Carcasés, who is largely owed for the Festival. Bobby confessed to being primarily a blues man, “because it has a perfect structure, ideal shape to improvise, and because it is the true origin of jazz, created by the black slaves brought from Africa to America.” And then he sang a rather traditional blues.

Fonseca always plays with his head up and eyes closed. Sometimes completely folded back to get close more keys, to feel them vibrate and move the shoulders with its own bar. He gets up, dance. The issue is that he is quiet, yet he cannot sit still while playing.

He was also accompanied by Mari Paz, a woman who strikes as no one else the leather of three congas, revelation of the night; Jorge Luis Chicoy with his electric guitar on a new piece; and trumpeter Roberto Garcia with Sacred Heart, dedicated to mothers.

Until a tuning of a radio was heard. The radio itself sounds nostalgic to me always, with Fonseca taking out of the keyboard a very sad, bitter melody. And the torn voice of Ibrahim Ferrer began singing Love me much, my sweet love, that as a lover I will always adore you. Ibrahim with his voice of empty bar in Old Havana in the fifties. Me with your kisses and your touch, I will shut my suffering…

Again, to Roberto Fonseca you do not only have to hear him play, you need to see him. How he invokes in the piano I do not know what spirits, enjoying his own music. And how he returns in it everything he has inside.

Cuba and MLB could reach agreement