In 2017, already more Americans are coming to Cuba

byOnCuba Staff
in Tourism in Cuba
0 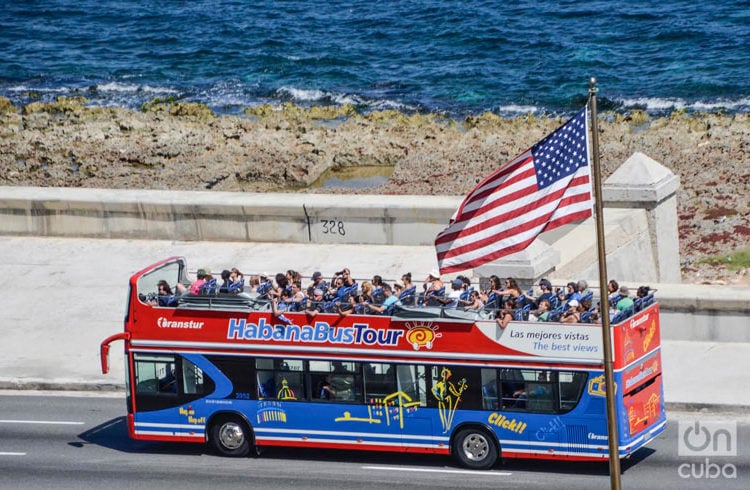 Just in January, 43,200 travelers from the United States arrived in Cuba, which represents an increase of 125 percent with respect to 2016, according to the Cubadebate site. Added to this figure, moreover, are some 31,000 Cuban Americans, 78 percent more than 12 months ago.

Meanwhile, a Travel Leaders Group poll, cited by Travel Pulse, revealed that close to 22 percent of its travel agencies focused on leisure trips have already made reservations for Cuba in 2017. The group, considered the North American leader in trips, added that more than 59 percent of the agencies confirmed their clients’ interest in visiting the island this year.

The report points out that the increase in demand is taking place despite the U.S. government’s restrictions that limit Americans’ travel to Cuba to just 12 authorized categories and the doubts generated by President Trump’s position on the island.

“Although there is certain uncertainty regarding the opinions of the current U.S. administration about the future of relations with Cuba, the U.S. traveling public continues being driven by the unrestricted access to that country,” Travel Leaders Group’s CEO Ninan Chacko said.

Chacko commented that according to the results of the poll and the feedback that travelers give to their agents, more Americans are using the available means to legally travel to the island.

“Our experts in travel agencies continue helping clients wishing to visit Cuba this year in abiding with the existing law and are preparing travelers for cultural immersion experiences that they will remember throughout their life,” he added.

Another poll, published some days ago by the Miami Herald, revealed the opinion of a dozen presidents and executives of companies about their trips to Cuba. Sixty-six percent of them said they had traveled to the island or showed interest in visiting it now or in the near future.

Several of those polled commented about the possibility of carrying out social and cultural exchanges, as well as doing business in Cuba.

In his answer, Diego Lowenstein, president and general manager of Lionstone Development, celebrated the benefit in the current rapprochement between the two countries. “Our region south of Florida has much more to gain than any other in the United States since this opening,” he added.

Meanwhile, Harriet Baskas, author of several travel books, recognized in an article published in CNBC the willingness of the Americans to take advantage of the first real opening between the two countries in decades, despite the ongoing questions on whether that thawing will continue in Trump’s era.

She celebrated the role of the U.S. airline companies that carry out commercial flights to Cuba and mentioned the start of operations of an American Airlines sales office in Havana as the confirmation of the importance the island has gained.

The opening of the regular flights from the United States has contributed to the sustained flow of U.S. visitors in Cuba. To this is added the travelers arriving with the cruise lines.

In January, the tourist sector confirmed its growth in Cuba with the arrival of 440,600 visitors: 16.7 percent more than the same month in 2016.

Congressmen: the advance of the rapprochement “is inevitable”

Gardens Worthy of a Queen

Gardens Worthy of a Queen